The Triber activates its full MPV mode by seating six and carrying around their luggage too. 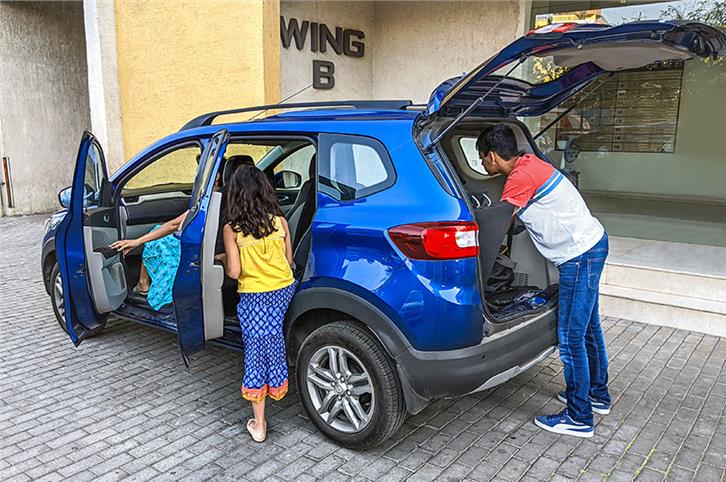 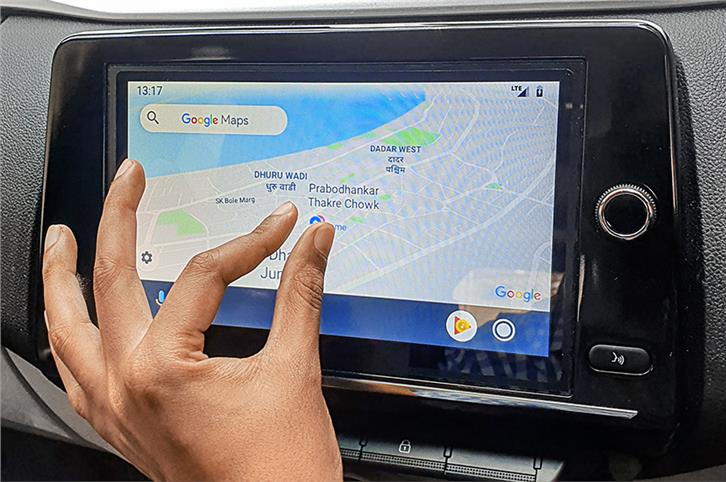 PINCH ME: For a car screen, pinch-to-zoom works surprisingly well.

The last time my parents came to visit us, I made sure I had the Ertiga. A spacious 7-seater and a well-sorted ride meant the six of us would be very comfortable. Also, its interiors were sufficiently plush to make a good impression. This time, the only 7-seater in Autocar’s fleet was the Renault Triber. I had hoped for something more upmarket but I was also keen to see what my folks thought of the Triber. Would its low price point be obvious? Would they find it comfortable? Also, how would it cope with a full load of people and some luggage too? It was time to find out.

In terms of first impressions, it did well. My folks were surprised with its price, and with the equipment on board, my dad liked the remote locking and the reverse camera. 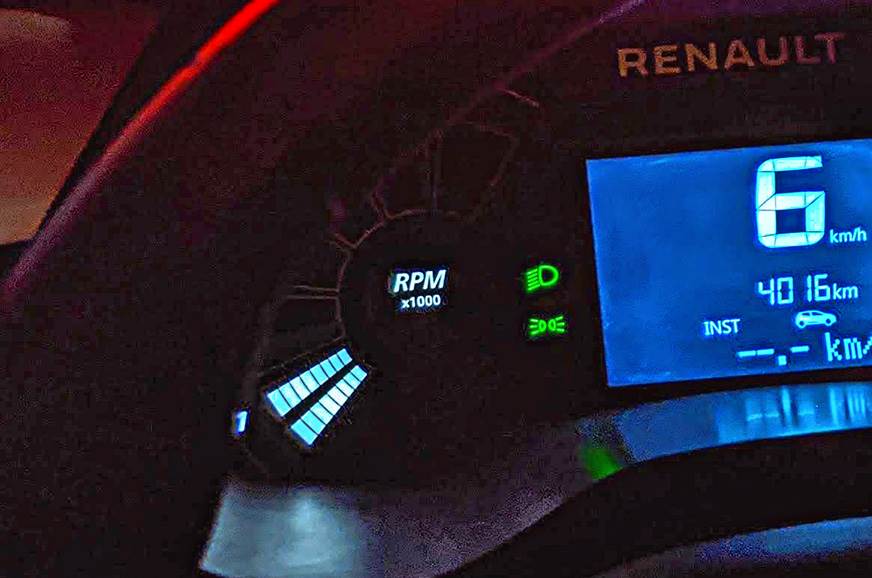 The Triber’s packaging is superb. It seated the six of us with nearly everybody being comfy. I say ‘nearly’ because funnily enough, with a full complement of passengers, it’s only the driver who’s uncomfortable. The 1.0-litre engine puts out a modest 72hp and 96Nm of torque, and while it can haul a load, its performance when doing so is underwhelming. When starting, you have to gas it more than you typically would, and when I found myself stationary on the many flyovers in Mumbai, it would threaten to stall when trying to get going. 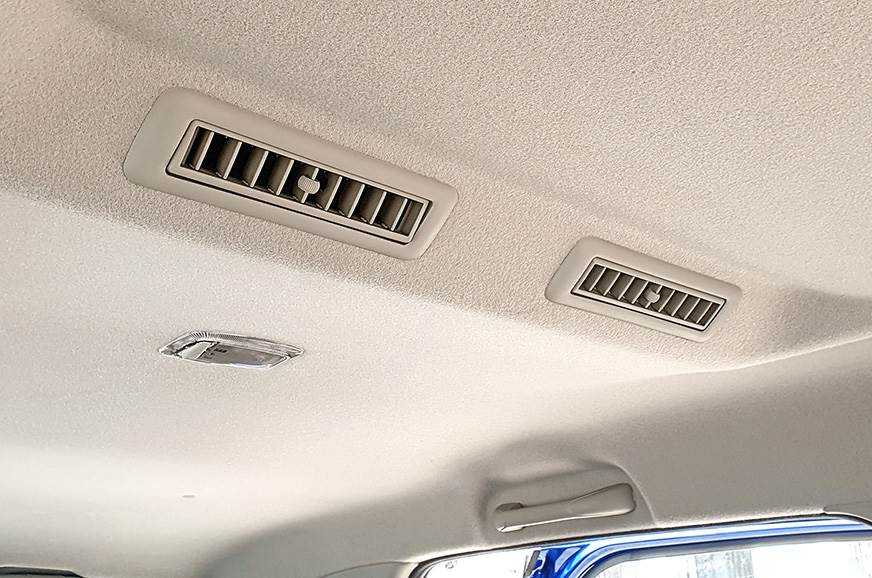 COOL AIR FOR ALL: Separate AC vents, even for the third row, a welcome addition.

You’d think a small engine wouldn’t be an issue in the city but power delivery at the bottom-end is jerky, and with a full load and the AC on, you have to give it some extra throttle to keep things smooth.

Also, overtaking often requires a downshift, and with the engine getting vocal at high revs, passing cars seems like a panicked manoeuvre, much to the concern of my backseat driver mum. All in all, the engine does cope but you have to drive it consciously. 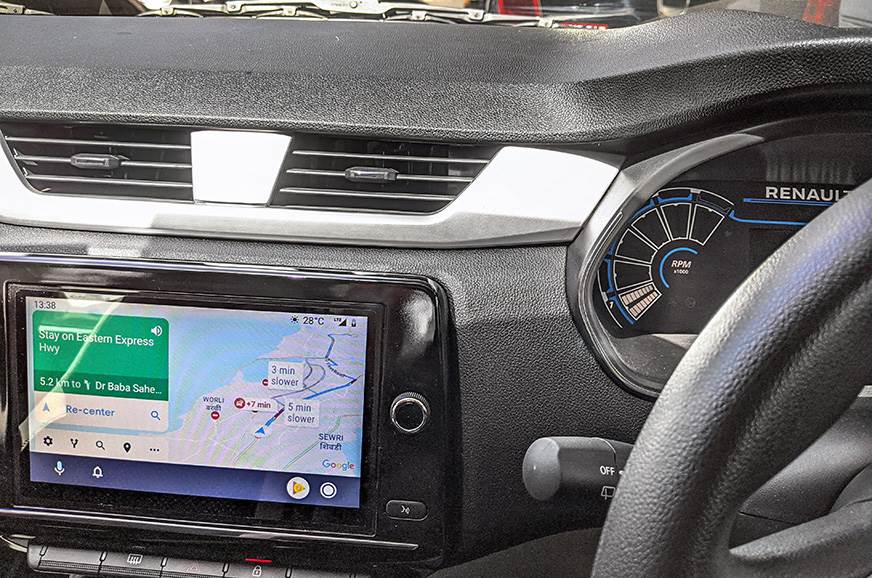 In every other aspect, however, the Triber was just fine. The suspension absorbed the roads bumps with ease, but it did bottom-out quite loudly on larger ones. Nevertheless, loaded or not, the overall ride is good.

No complaints with the seating too and the six of us were quite comfy, with my kids (15-year-old son and 12-year-old daughter) in the third row. The only complaint from there was the lack of retractable seat belts, which took some time to adjust. 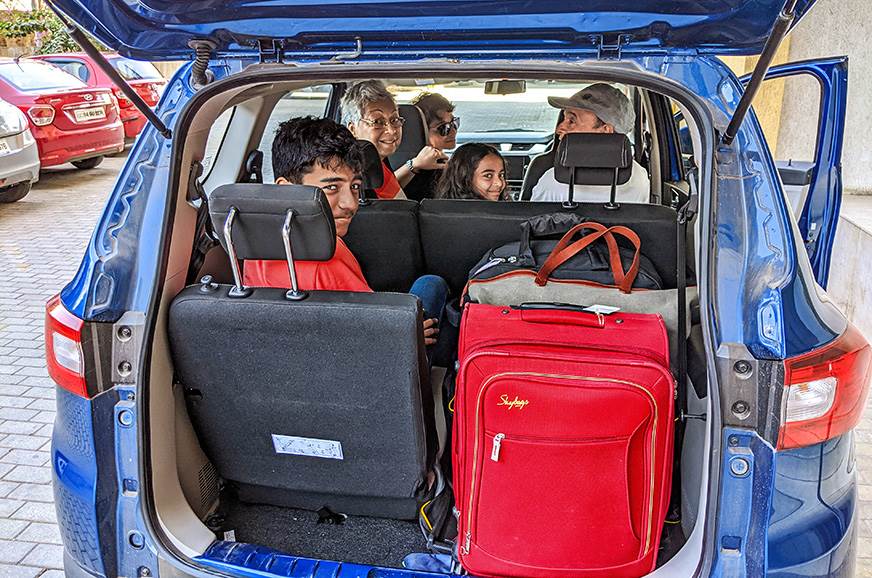 This is what I call the ‘full airport send-off mode’.

Also, the airport run to drop off my parents was hassle-free. We folded one of the rear seats and that space easily held two cabin suitcases and one handbag, while my daughter sat comfortably in the middle; it was what I called ‘full airport send-off mode’. Having seen how practical the Triber’s been, Gavin has asked for the keys as he’s just rented a new place. So stay tuned for ‘moving house’ mode.