Moving from a Maruti Dzire to a Maruti Ciaz sounds like the most straightforward case of upsizing; but is there more to it than that? 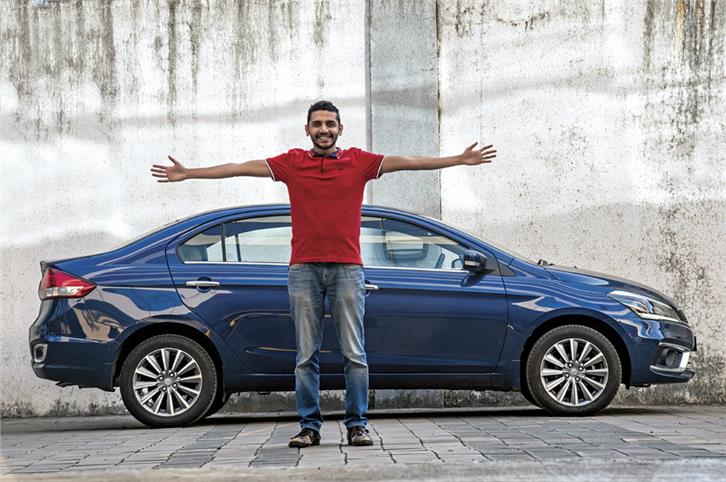 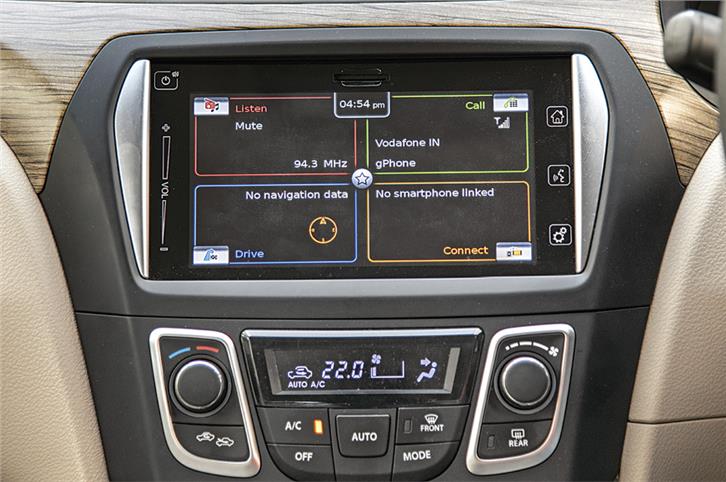 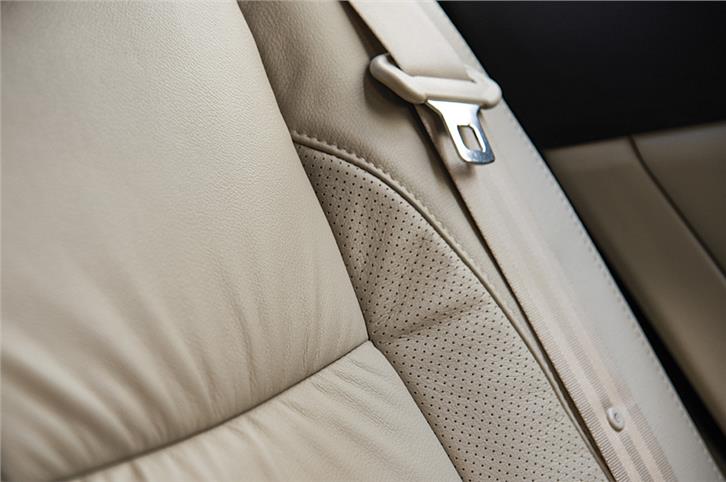 Leather upholstery: Instantly adds a touch of class to the interior. 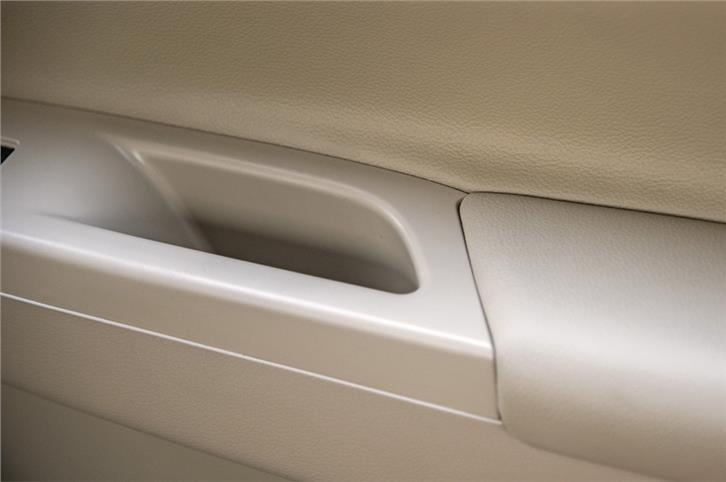 Cream-coloured trim: Still far too much of it; soils too easily.

It’s probably for the best that the man who came to collect my previous long-term car – a Maruti Dzire I used for 18 months – arrived with what would become my next long-term car; the blue Maruti Ciaz you see here. For no other reason than it made the exchange a whole lot easier. I grabbed all my stuff from one car, chucked it into the other and carried on with my life; it was great.

Oh, who am I kidding? There was a lot more to it than that. Not only because I’d grown quite attached to the Dzire and felt odd giving it up after so long, but also because I’d left so much stuff lying around it that took time to collect. In fact, not all my leftovers were physical; some were digital. Always delete your phone data from a car’s infotainment system before you give it away, folks.
And before you knew it, that oddly wide-looking boot could be seen hooking the right turn out of the gates of One Autocar Plaza, and it was gone for good. 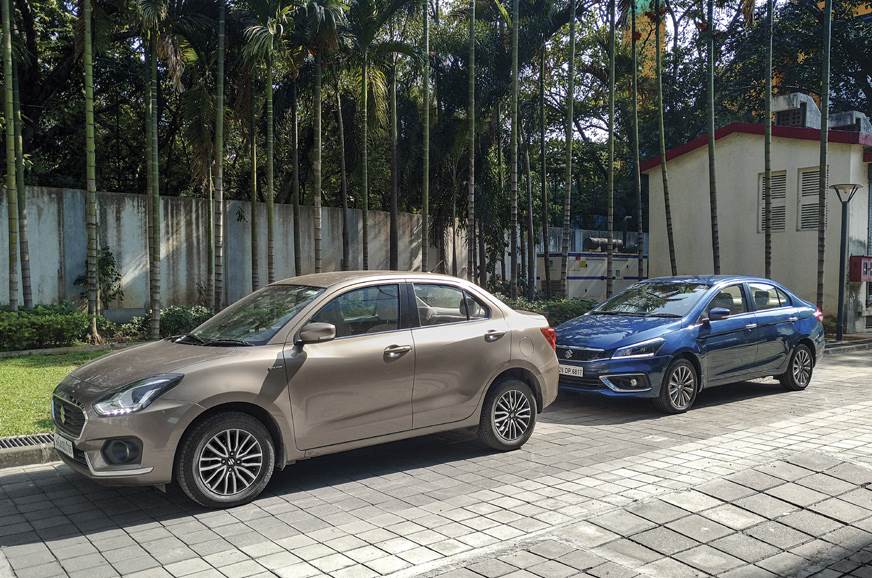 It was an easy transition upsizing from the Dzire to its bigger brother.

The procedures didn’t stop there, however, as welcoming a new set of wheels also takes time. First step was a quick round inspecting the bodywork; and since this car had been a press test drive car before making its way to our fleet, it came with a few dings and scratches around the bodywork. Understandable, of course, but photographed and promptly sent to the good folks at Maruti, nonetheless. Then there was the matter of noting down the odometer readings and fluid levels, checking that all the papers were in order, putting in a fresh fuel-record card and pairing my phone with the SmartPlay infotainment – dumping all the data I’d just deleted from one car, into another.
And then onward to me being a bit unnecessary – deciding whether or not I like the rear sunblind (a cool new feature for me) deployed or not, whether to keep the rear headrests raised for passengers or lowered for visibility, and picking which of the many informative screens in the colour multi-info display (MID) I’d like the best. All these choices are likely to change in the first week of use.

A few quick first thoughts on the car, before even turning a wheel – and there are quite a few, as I’ve just jumped out of Maruti’s smaller sedan, the Dzire. This is bigger, of course, but even the seating position, the view out and the dashboard layout remind you you’re in a segment above. Personally, I prefer the shape of the Dzire’s dash, but this one does have a regal air about it and I like the new, lighter shade of faux wood. This one also has leather upholstery, which is nice. It’s still trimmed in a light cream colour, unfortunately; I can already see the carpets turning brown. There’s a lot that’s familiar too – switches, stalks, levers and the Smartplay touchscreen. 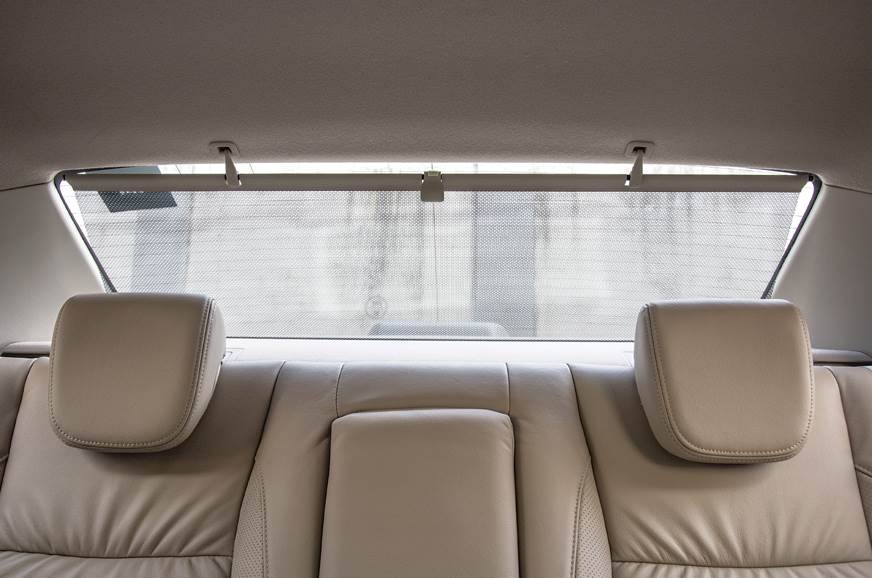 The bigger size is bound to impact my driving style. As is the fact that it’s a mild hybrid with stop-start technology; but we’ll just have to wait and see. All will be revealed in the next report. 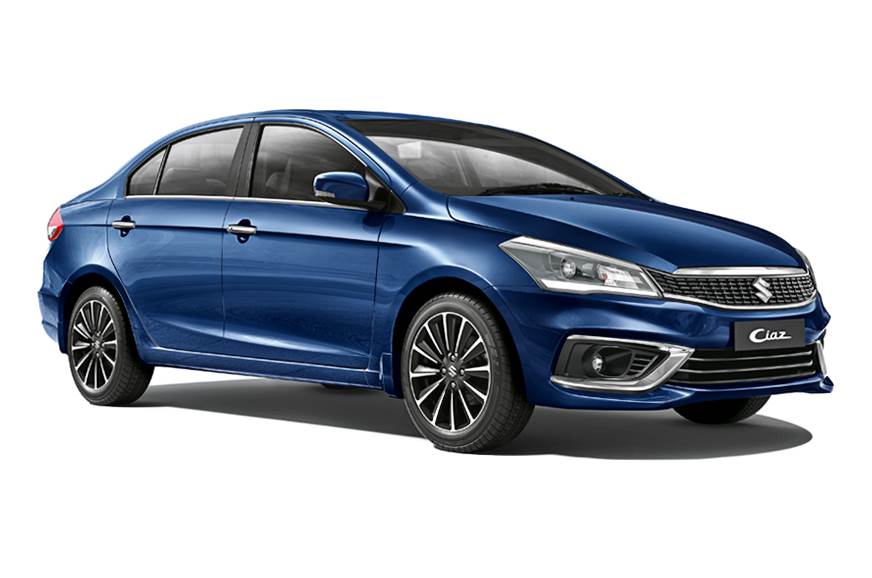