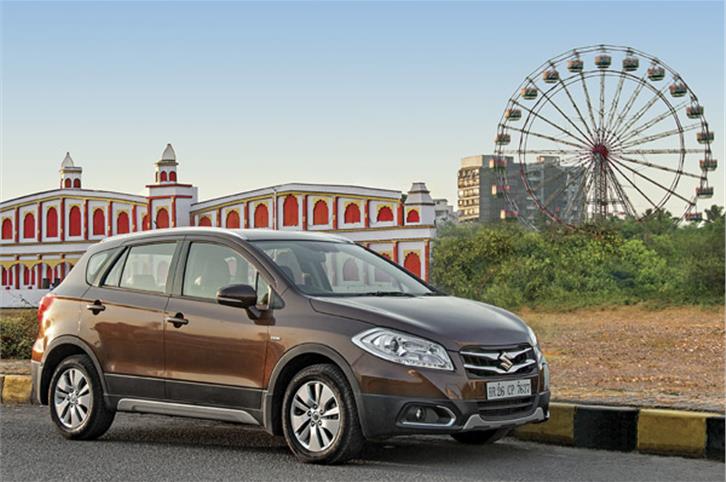 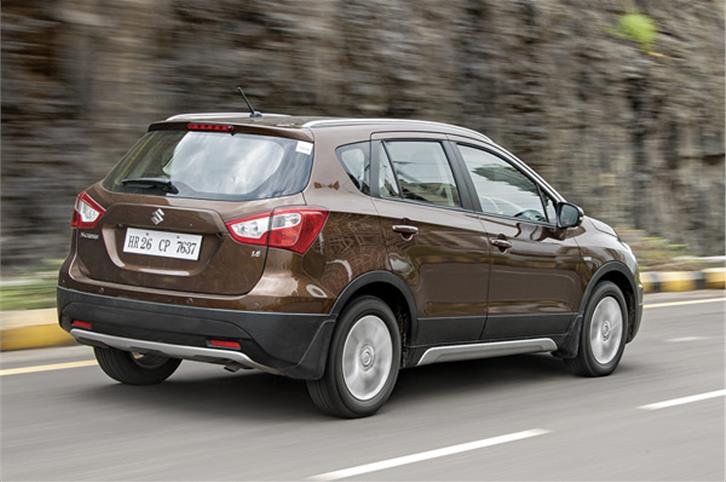 Raised suspension is ideally suited to our broken roads. 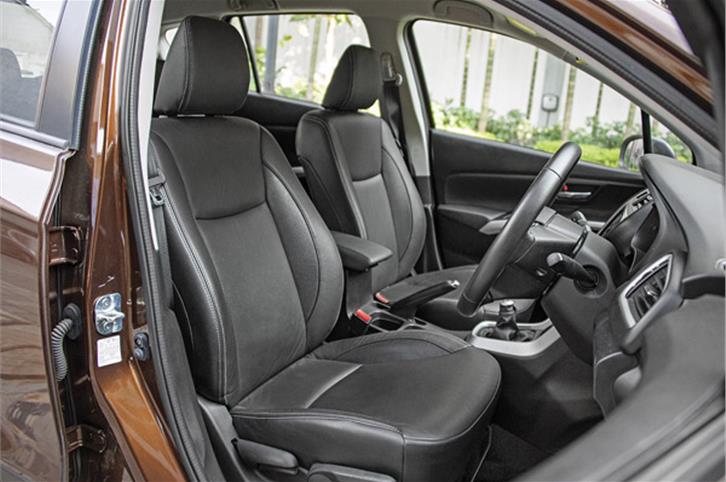 Front seats are big, very comfortable and there’s plenty of space around. 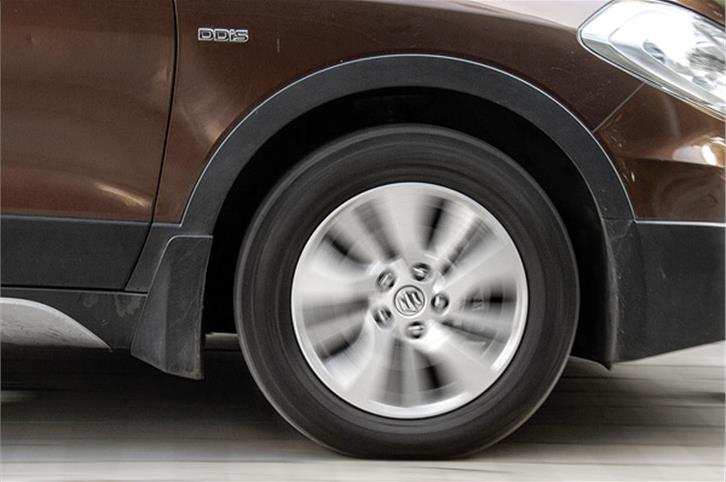 Maruti’s S-Cross may not have received the attention that some of its rivals did, but underneath it all, this is a seriously accomplished car that’s well suited to our conditions.

Maruti’s S-Cross is one of those rare cars that under promises but over delivers. This is partly because you don’t expect too much from this car on first acquaintance.

Screw your eyes up, blur the lines and the Maruti crossover looks like a large hatchback. And it isn’t just the profile that is ordinary; there really aren’t a whole lot of interesting details on the car either. Those big droopy headlights don’t do much for the nose; the Suzuki grille reminds you of the brand’s humble origins and walk around to the rear, and that is anonymous too. It isn’t much better on the inside. Yes, the hexagonal centre console looks attractive and there are a few other mildly interesting bits, but the interiors in general lack the design flair seen on competitors. So you don’t expect too much from the car.

Our new long-term car, as I quickly discover, is well equipped however. The mocha brown top-of-the-line 1.6 DDis comes with all the trimmings expected of a car in this class. It has big 16-inch alloys, wide 205 wheels, keyless go, a slick 7.0-inch hi-res touchscreen, a rear-view camera, navigation and full leather seats too. Quality levels, in general, are par for the course as well. The air-con controls function in a slick manner, the dashboard top is beautifully finished and there’s a touch of class in the manner in which the gear lever is put together too. There’s also enough space on the inside for four tall passengers; as I discover driving out for a movie with a bunch of friends. And since it offers a comfy ride in town and big supportive seats with plenty of legroom, the compliments from the passengers just keep rolling in.

The 1.6-litre diesel engine also livens up the experience considerably. The Fiat-sourced engine produces an extremely useful 118bhp, but it’s the even stronger 32.6kgm of torque that’s the real star here. This, however, is a lot of power for a 1,600cc diesel,so even though the engine has a variable geometry turbo, you do get plenty of turbo lag, which also takes a bit of getting used to, especially in traffic, as I’m often lazy and try and accelerate from just 1,200rpm in the same gear. The result is a flat spot, so large and wide, the S-Cross flounders quite a bit until the boost finally comes in. Consequences, of course, include honking cabs, lost overtaking opportunities and a few choice expletives.