FIRST REPORT: Off-road on Sunday, office on Monday. That’s the brief for our new long-termer. Will it be equally comfortable at both jobs? 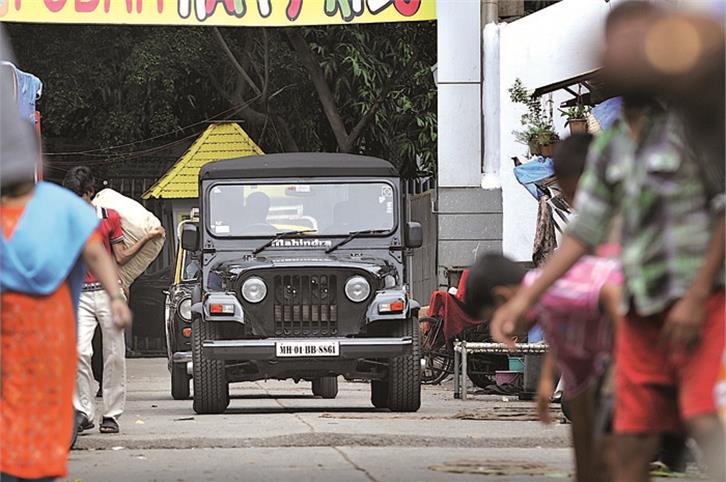 Cubbyholes There are absolutely no storage spaces apart from the glovebox.

Meet the newest addition to our long-term fleet – the Mahindra Thar CRDe AC. Our Thar is the top-end version, so it costs Rs 8.20 lakh on-road, Mumbai (should that be on-dirt?) and comes fully equipped. That means it gets a factory-fitted air-conditioner, power steering, four-wheel drive with a low-range transfer case and back-to-basics motoring as part of its ‘long’ standard equipment list. Expensive, isn’t it?

We have the Thar because I want to carry out a small experiment. Ever since its launch last year, we’ve known it as a far better proposition than any of its wheezing Peugeot XD3P-engined predecessors. Now, thanks to the AC and the immobiliser, the Thar has become that much more comfortable and secure. So the question is, will its soft-top and off-road biased suspension be too much of a compromise for everyday use?

I’ve had it for two weeks now, and I’m really enjoying the experience. You see, Mumbai’s rush hour traffic is almost a contact sport and the Thar’s metal bumpers have doubled up as Mad Max-style armor protection. Don’t get me wrong – I’ve never used them to smash through traffic (though I’m sometimes tempted to). But when in a Thar, taxis and rickshaws never, ever try to cut you off. I now find driving to work strangely therapeutic.

I love that it’s got enough power to not be an embarrassment off traffic lights and I love its high seating position and compact footprint. The last two bits are important in Mumbai – the bird’s-eye view lets you plan your moves through traffic, and the compact footprint lets you dart about in traffic, much like you would in a hatchback. Seriously.

And the power steering and relatively tight turning circle make slow-speed manoeuvering easy. It’s just that the bumpers stick out a bit, so you have to be careful not to damage other cars when parking.

As I write this, the first heavy monsoon showers have hit Mumbai, and I’m surprised by how effective the soft-top is at keeping the weather out. Sure, there are a few minor leaks – the zippers for the canopy let in a bit, the stitching on the roof allows in a few stray drops and there’s a tiny leak in the front passenger footwell, but that’s it. In comparison, driving my dad’s old MM540 in the monsoons was like sitting under a waterfall.

There are a few things I wish Mahindra had thought through. I find it irritating how the AC vents don’t have enough movement, so it’s impossible to direct air straight at you. I have no choice but to wait for the AC (which is pretty effective) to cool the whole cabin down. There’s no re-circulation mode either, so getting caught in traffic behind a garbage truck literally stinks. The other gripe is with the new rubber mats – they may be easier to wash down than the old carpets, but they also slide around on the metal floor and I keep having to straighten them out.

There are absolutely no cubbyholes and the glovebox is not lockable, so forgetting your wallet behind is an absolute no-no.

Still, I love the Thar’s shape – I think it’s iconic in a way a Porsche 911 is – and from the number of questions I get at traffic lights, I think the general public does too.

This brings me to the other part of my experiment. When Mahindra launched the Thar AC recently, they also brought in a whole load of off-road options that will soon be available at Thar dealerships. The kit is quite extensive. On offer are special bumpers that improve approach and departure angles, rock-slider footsteps, winches on order, a canopy that converts the Thar to a two-seater, roll-cages, and there’s even a snorkel kit on the anvil.

So what we’re going to do is spec up our Thar step-by-step over the next few months and take part in a few off-road events. Watch this space.