It’s smooth and surprisingly fast, but what’s the Kona Electric like for everyday use? And should you worry about the range? 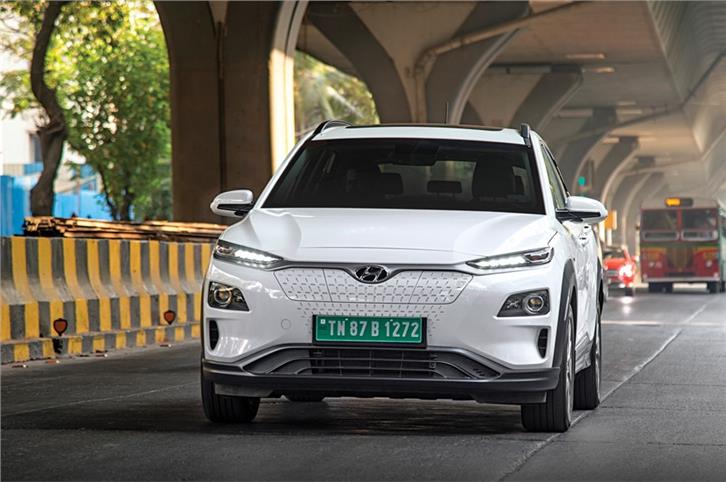 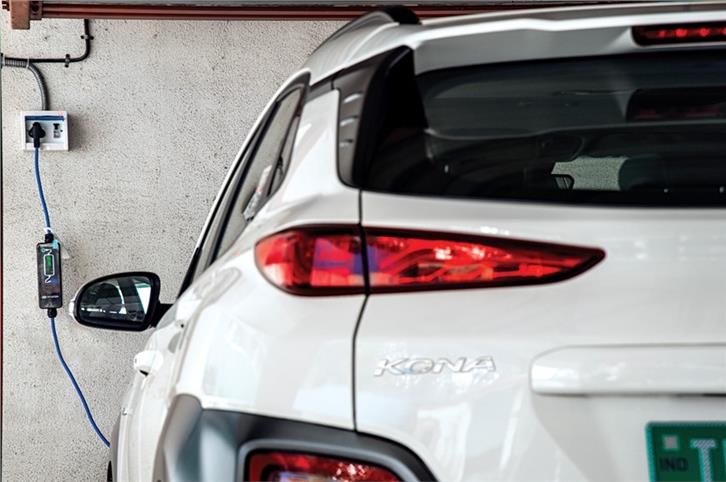 Your own 15 Amp wall socket is a must; it makes charging easy.

It’s a cool February morning and the streets of Mumbai are empty. Since the mercury has dipped and the wind is blowing, the jackets and mufflers are out. No muffler needed here, however, that’s for sure. Quite the contrary, in fact. It’s so silent here in the cabin with the windows up and the blower barely spinning, I can hear my leather shoe squeak as I lift off the accelerator and get onto the brake. And what also makes the Kona feel otherworldly is that every time I get off the accelerator I can hear the motor whine, as it winds back, in an almost sci-fi movie like manner.

In fact, the Kona is so silent, driving through a noisy early morning market is seriously challenging. People with their backs to the car are just oblivious to its presence, and that’s even when I’m just inches away from them. Of course, when they finally see the car, they get startled, and that causes its own subset of issues.

Driving the Kona in everyday traffic, however, is a breeze. Taking off from standstill feels deliciously effortless, and progress is so smooth, so jerk-free and so silent, it feels like driving a hideously expensive limo. The hush is just palpable.

Even nicer is the fact that you almost never miss a gap that opens up in traffic. Because responses are instantaneous, almost synaptic, and that first hit of torque is so strong, you are halfway through said gap before you know it. There’s just no way someone with a combustion engine can respond quicker . . . even with something like a V8 under the bonnet.

Initial responses in Normal and Sport modes are however a bit too strong for everyday traffic. Problem is the explosion of torque is so strong that the car is always leaping forward, and, as a result, you always have to be ready to jump on the brakes. So I’ve found Eco mode actually works best; which, of course, comes as a huge surprise. Now normally I almost never want to drive a car in this mode. . .unless I have to. But on the Kona, there’s still plenty of urge in Eco, and what’s nice is that, because of the way it is set up, it is smooth and progressive, and even accelerates smartly when I squeeze the pedal a bit harder. 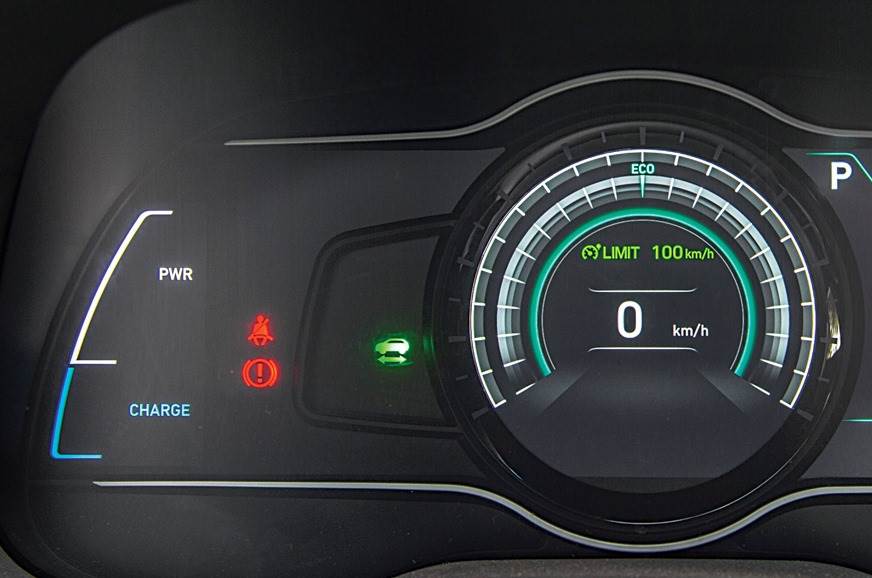 Sport mode is best for impressing passengers. A nice carefree stomp on the accelerator at low speeds delivers what can only be described as a very strong, if momentary, kick in the lower back. And this catches passengers by surprise. I’ve even had a couple of Porsche owners going wow. The Kona, however, can’t sustain that crazy initial rate of acceleration after a second or two, even in Sport mode, so things flatten out. And that isn’t cool. But for those first couple of moments, it just feels incredibly thrilling.

I’m even enjoying using the paddles. There’s no gearbox here (of course there isn’t), but what the paddles allow you to do is adjust the level of regeneration or e-motor assisted braking. There are four levels (0 to 3), and tapping on the left paddle and getting the car to slow down for a signal as you select a stronger and stronger regen level is pretty fun. Don’t quite know how much energy I’m saving, or if this is the best way to extract the most range, but that’s exactly what I intend to find out as I spend more and more time with the Kona.

This, of course, brings us neatly to that thorny subject – range. Now, for the most part, and if you plan well, range anxiety shouldn’t be an issue on this car; not if you keep your eye on the ball and crucially pay attention to how fast the battery is depleting. After all, the Kona has a 39.2kWh battery, and that should be good for around 320km in the real world, if driven in a sane and sedate manner. One thing’s for sure, you absolutely have to have your own charger, either at home or in the office; depending on public chargers is an absolute no-no. Imagine having to charge your phone only on public chargers, wouldn’t that be impossible? 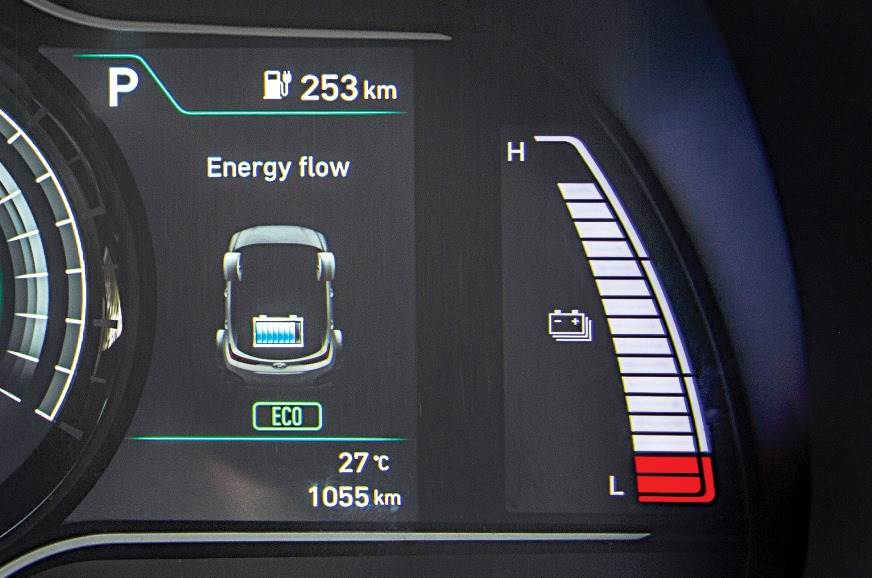 So just how much range is it delivering currently? Nowhere near as much as it can is the short answer. I’ve, in fact, been revelling in using all that torque. I’ve been winding up the audio system and, when the cabin is hot and baking in the sun, I’ve even been using the cooled seats for the first 5 to 10 minutes. Driven in this manner, the Kona delivers a range of around 240 or 250km, which would be a sort of worst. And, in the name of science, I promise I will try and get it down further too; I could drive in just Normal and Sport. And after that I will try and set a sort of ‘best’ in city traffic in Eco +, without doing silly stuff like switching the air-con off. Knowing what sort of max range you can get in the city should be interesting too. 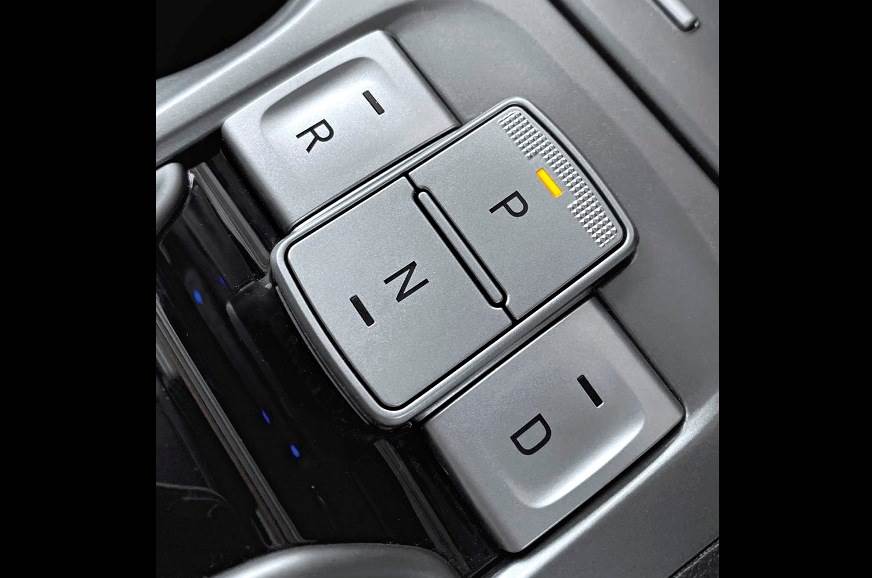 SLOW TO SELECT: You press the button but the ‘gear’ doesn’t always engage.

Niggles? Well, the gear selector, for one, doesn’t always engage when you have to go from D to R, even when you are sure you’ve selected the said button. This is a pain, especially when you have to do a quick three-point turn. Thing is, you need to press down on the brake pedal quite hard for the gear to engage, unnecessarily so. And then the brakes themselves in traffic are a bit difficult to modulate too, especially if you need to stop in a hurry. But that apart, the Kona really does feel like a step into the future, a future we will have to eventually graduate to. 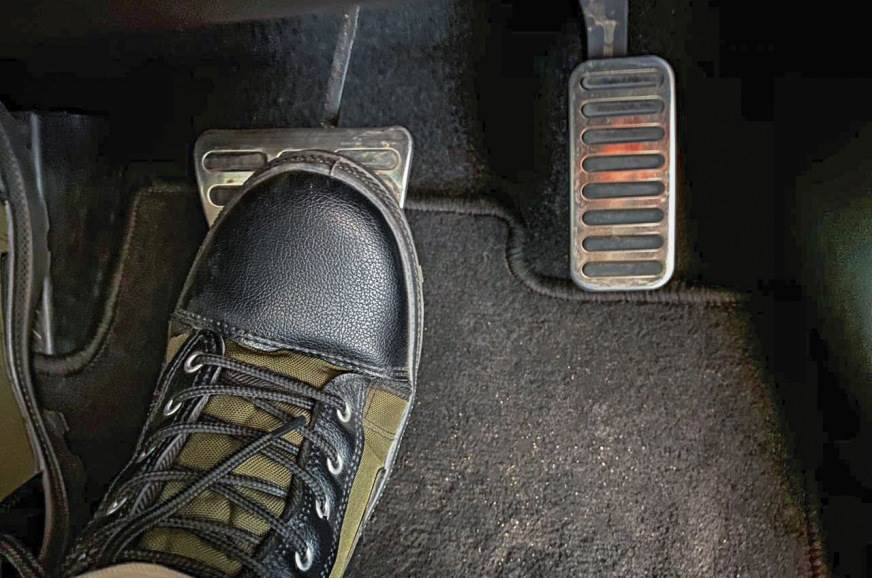 PEDAL FEEL: At times you need to hit the pedal really hard to increase braking force.