It’s been with us for more than a year, so what do we think of our 2018 Car of the Year, and how well has it handled our typically heavy use? 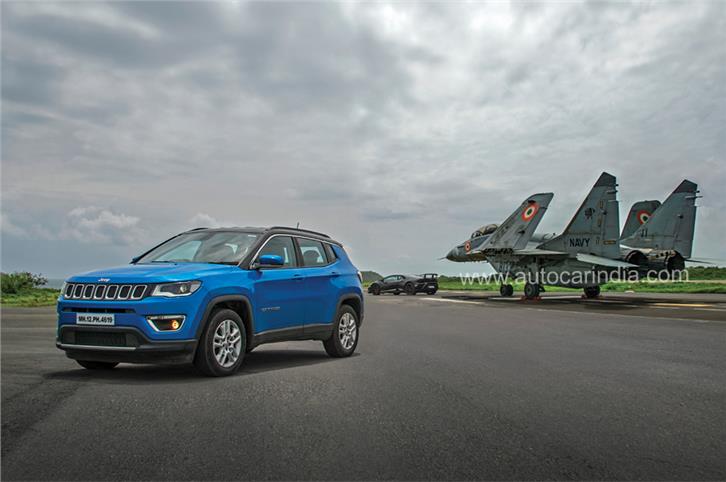 We didn’t just have callsign ‘Lambo’ when we raced the MiG last year, we had callsign ‘Compass’ playing a supporting role as well.

Our Jeep Compass long termer has to go back. I’ve been aware of this for some time, but the request for its return still comes as something of a shock. It’s been with us since April, and while some of the novelty has worn off, truth be told, I’ll really miss having our 2018 Car of the Year in our fleet. The Compass, you see, has always been my ‘go to’ car. Need something fast and stable for an intercity commute, more often than not I’d gravitate to the Compass. And is it any wonder? Still, by far, the best driving SUV in its class, the Compass has a beautifully weighted steering, a chassis that delivers tremendous poise, and I just love how the 170hp engine pulls from 2,000rpm to 5,000rpm in one seamless, strong tug. Then there’s the gearbox; that unique metal gear lever head is just fantastic to use and what delivers even more driving pleasure is the fact that the spring-loaded gears engage with a satisfying click-clack. 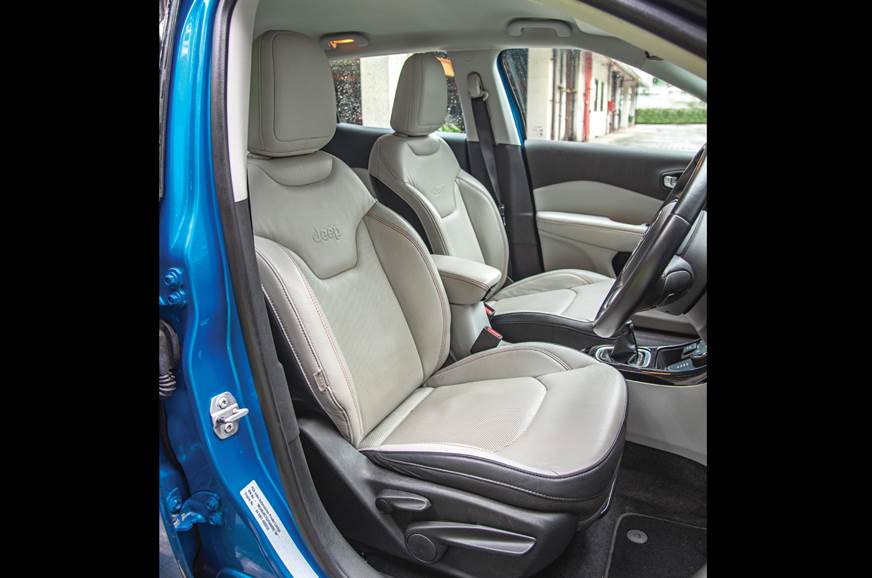 Even the white ‘leather’ seats held up superbly, with almost no yellowing.

What also made the long stints behind the wheel a pleasure were the big comfy seats. They have just the right amount of firmness to be supportive on long drives and then there was the 4WD hardware and the user-friendly Selec-Terrain dial. I used it more than a few times on sand, where it switches off the ESP (partially), allows a bit of wheelspin and softens throttle responses. On slippery ascents, keeping it in ‘Mud’ with 4WD locked proved extremely useful as well. 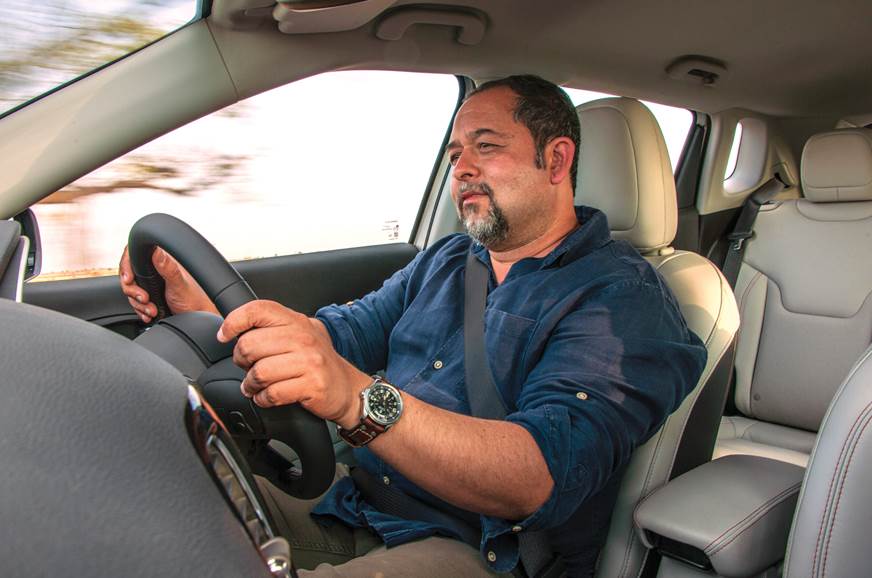 LOVE TO DRIVE: So good it drives like a well-sorted car; few SUVs come close.

What also consistently held the Compass in good stead was the fact that it could steamroll just about any surface, and that’s without adversely affecting comfort. This proved particularly useful in Mumbai where our monsoon-ravaged roads often have you navigating potholes and finding the path of least resistance. Not in the Jeep. At times, the Compass does rock quite vigorously at the rear, due to the stiff anti-roll-bars, and often you can feel that hint of stiffness in the suspension too. But the fact that it rides flat over just about any surface with no bounce or float is just brilliant. And what also delights is that even 26,500km on, the cabin and dash still feel like they are hewn from a solid slab of rock. It’s quite subliminal, but the feel-good factor this delivers is difficult to overstate. And then there’s that feeling of extra safety and security that comes with it too. The Compass is easily and by far the most robustly built SUV of the lot. And what’s surprised me to no end is that the white leather cabin just refused to ‘yellow’ over the year or so we had the car. 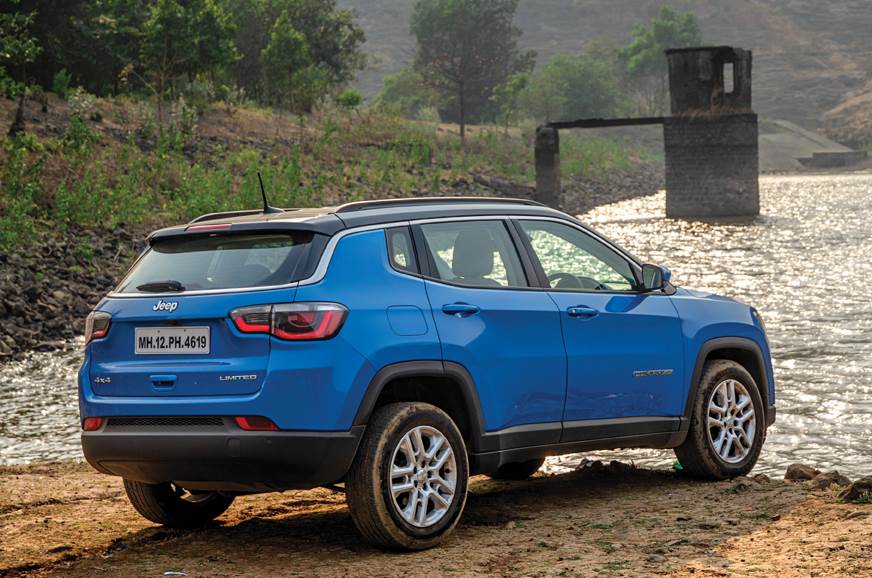 What Jeep has got spot on as well, even though familiarity has set in, is the looks. Even now, two years after launch, this is still an SUV I turn around and look at. That fantastic stance, the wedge-shaped nose, the blacked-out seven-slot grille, the skinning on the flanks, the way the ‘C’ pillar and the reverse ‘shark-fin’ catches the light . . .  it hits the spot. And I even like the slickly executed chrome garnishing that runs around the rear. 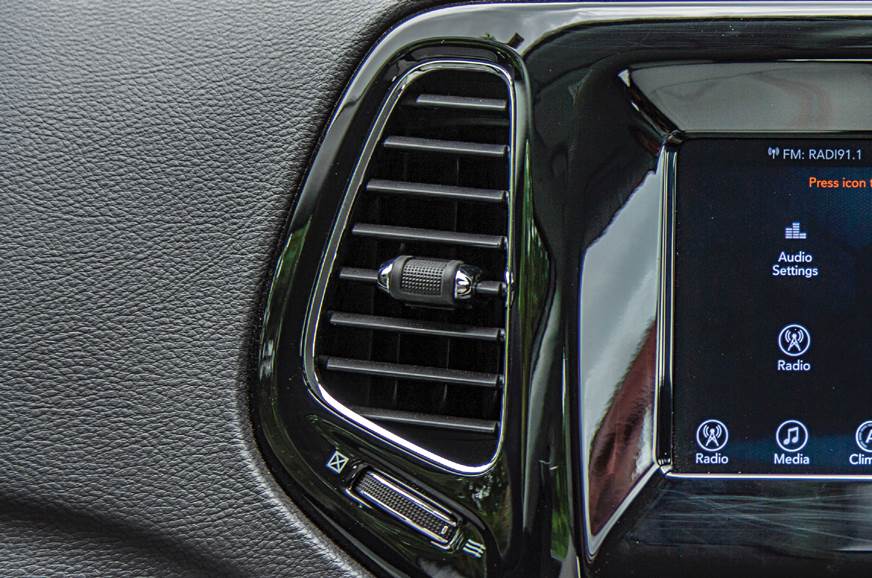 NOISY BLOWER: It certainly isn’t peaceful and tranquil inside the cabin with the fan on full.

But what are the things that continue to bug me about the Compass? To begin with, the central locking mechanism has been a bit inconsistent. Press the button on the outside door handle to lock the car and you aren’t always greeted by a confirmatory ‘beep’ of the car locking. You often have to do it again; at times, even thrice before the car locks. Sometimes, I’ve even had to take the ‘key’ out from my pocket to lock the car. Then there’s the noisy air con fan. As I almost always drive off with the blower on full, I have to wait till the cabin cools down, before I can begin to enjoy music or speak on the car phone. Then, the boot is a bit small if you want to carry more than one soft bag per passenger, the touchscreen at times needs a second prod to execute a command, the diesel growls like an angry grizzly at high engine speeds, and there’s a bit of turbo lag below 1,800 or 2,000rpm that catches you out in higher gears. And, while the cabin is both superbly built and tough, the plastic latch on the elbow box gets loose and rattles. 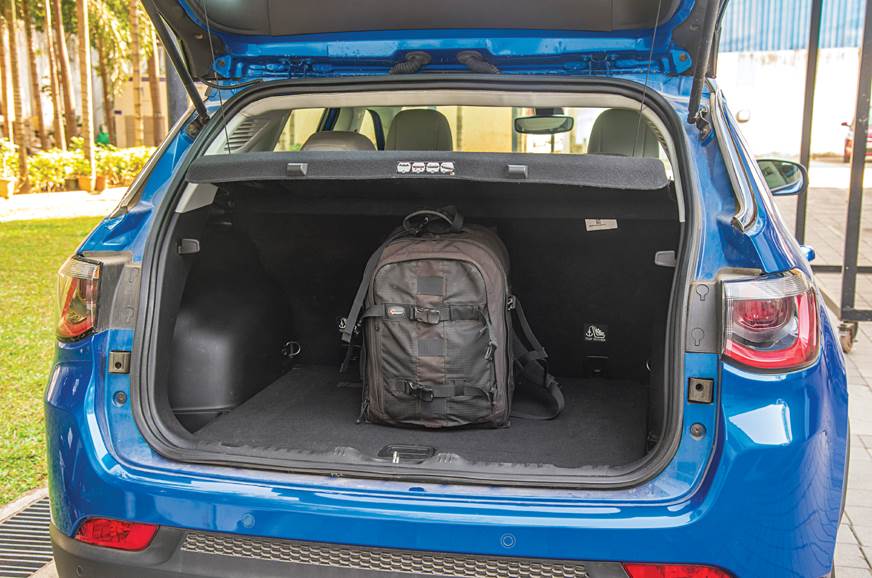 BOOT SPACE: Just about enough for passengers with a soft bag each; more needed.

While it was pretty much in a league of its own when launched, the Compass now has serious competition. Many of its rivals are cheaper, come with more kit, and some are larger too. Despite this, if you have the budget, the Compass remains the most premium, the best built and best driving SUV of the lot. This is why it’s still the one I would go for in this neck of the woods. For those who can wait, a thoroughly updated, more refined, better equipped version with a 9-speed automatic gearbox is expected in the not too distant future.