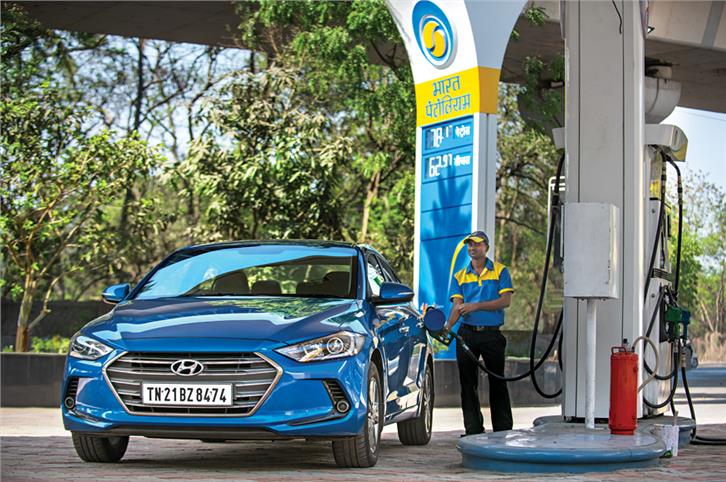 A long stint in Mumbai proved how well-suited the Elantra is to the cut and thrust of city traffic. But it’s thirsty too.

It’s been in our fleet for over 17 months, but every time I drive our long-term Elantra, the responsive nature of the 2.0-litre petrol motor engine never fails to impress me. It’s partly because I don’t expect Hyundai engines to react instantly to the smallest of throttle inputs (like a Honda’s), and partly because automatics don’t give that direct connection between your foot and the powertrain, like a conventional manual. But both these preconceptions are summarily dismissed the instant I squeeze the right pedal. The Elantra shoots off the line as if someone has stepped on its tail, and after driving this executive sedan largely in the city, I can’t extol enough what an advantage that immediate response is. It’s your weapon in the constant fight for the same piece of tarmac where ‘right of way’ is granted to the one who grabs it first. 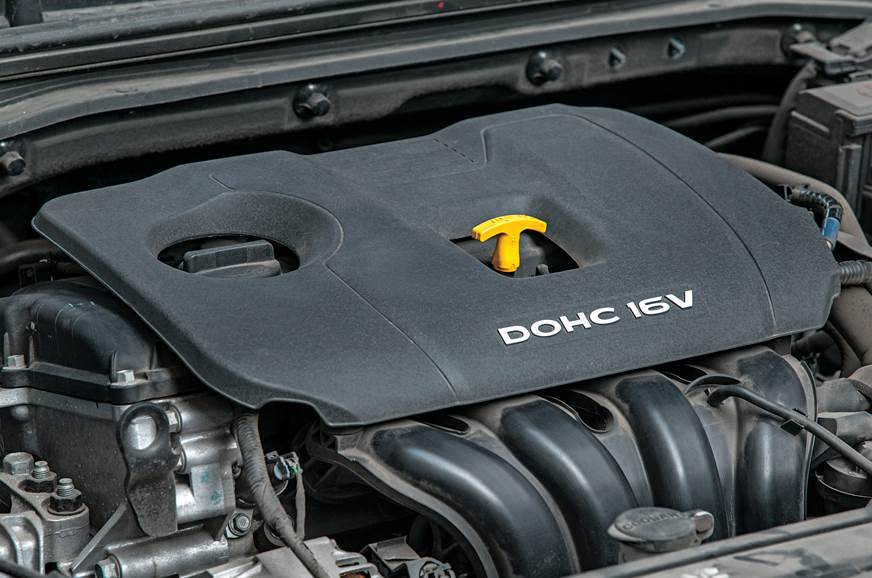 For me, that fight begins every morning, when I have to muscle my way out of the building gate into the flow of traffic. Of course, it’s rare for anyone to give way and that’s where the crackerjack response of the Hyundai engine is a boon. Spot the tiniest of gaps and you can leap into it; there’s no hesitation, no lag (it’s not a turbo) and it’s quick out of the block. Forget 0-100kph, that’s just a statistic for the back pages of this magazine; it’s the 0-10kph figure that matters more in the daily traffic scrum. 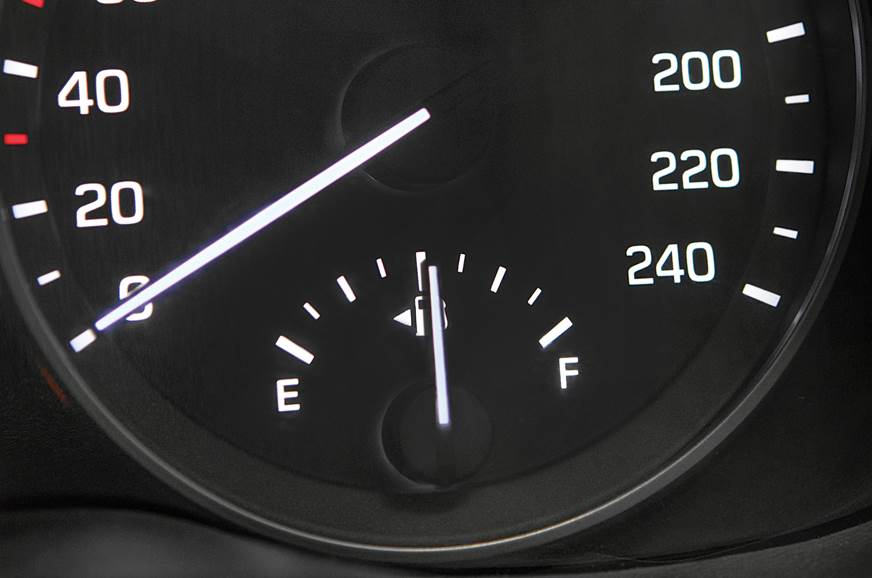 But all that eagerness emanating from under our Elantra’s blue hood comes at a cost – fuel efficiency. Now, we expect a biggish petrol motor coupled to an efficiency-sapping torque converter to be thirsty, but not this thirsty. In the city, the Elantra gulps a litre for every 6-7km covered, and, if I drive it as if there’s an egg between my foot and the accelerator pedal, I could stretch it to 8km. On the highway it’s not much better, and the couple of Mumbai-Pune runs saw a best of 13kpl. In fact, the mounting fuel bills raised the eyebrows of Hital, our accounts head, who wishes our entire long-term fleet is diesel or CNG! 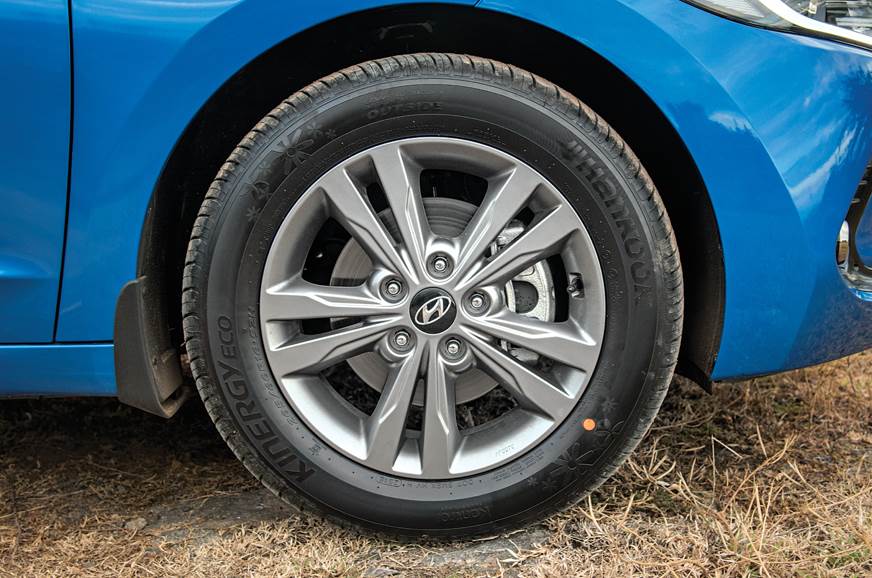 Other niggles? The all-black plastics in the cabin have dulled with age and look a bit scuffed in some areas like the lower doors. The touchscreen for the infotainment feels a bit outdated too, compared to what you get these days in cheaper cars.

That said, the Elantra has worked just fine and despite a pounding on Mumbai roads over 17,000km, there isn’t a rattle or a squeak. The well-judged suspension and relatively high-profile tyres round off sharp edges and ruts. In fact, the ride is pretty good and so is the ground clearance. A new set of speed breakers, just after Nesbit bridge in Byculla, which seem to have been built by a BMC contractor who likes mountaineering, is a true ground clearance test – one that the BMW i8 failed miserably a few months ago. The Elantra, however, even with a full load, tackled them without a problem. 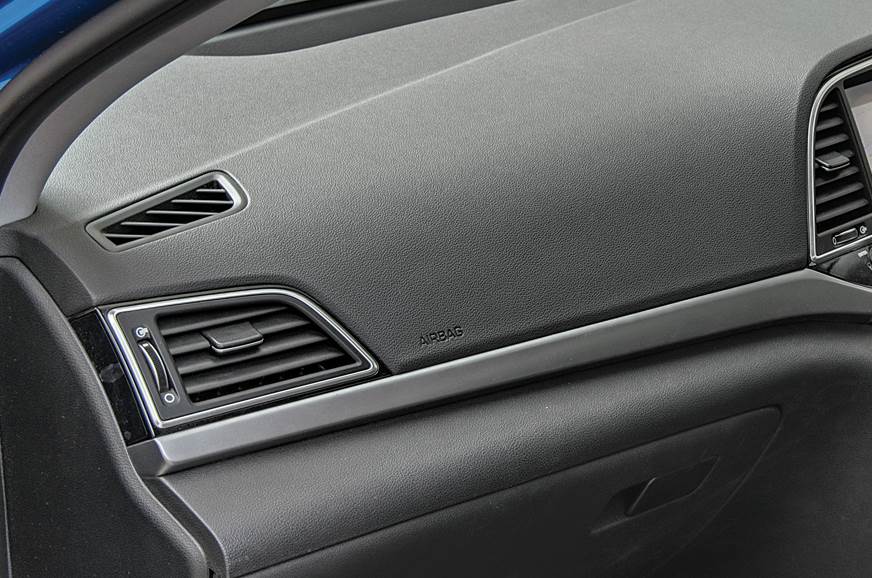 THE DARK SIDE: Plastics in all-black cabin start looking dull with age.

During the summer just past, the Elantra’s cooled seats were put to good use, which somewhat alliviated the hot under the collar feel every time I went to tank up.