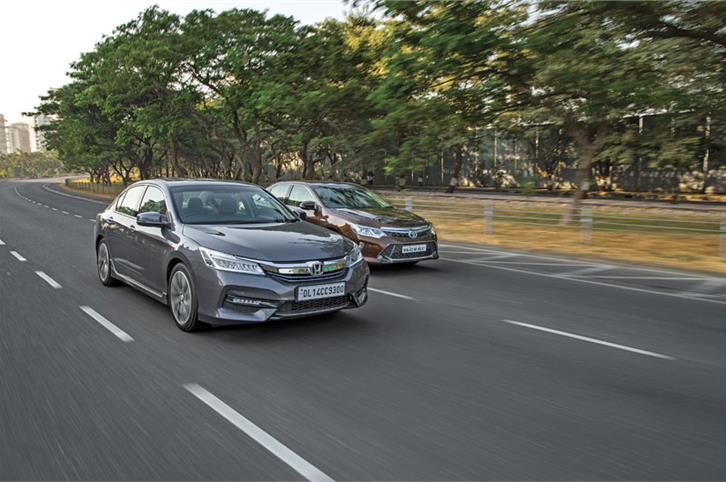 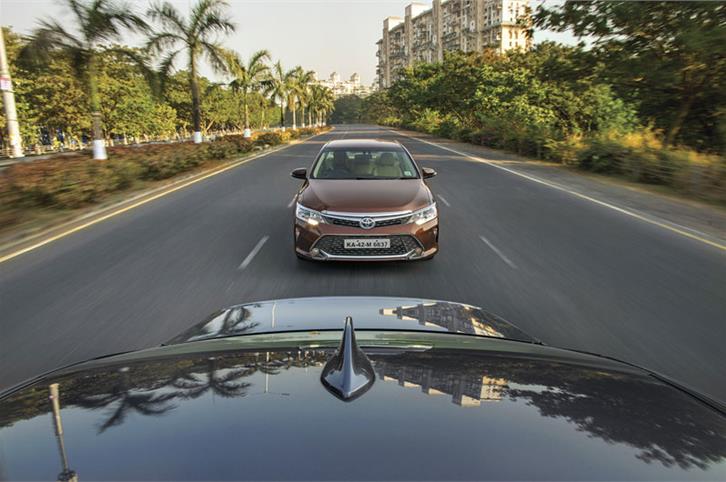 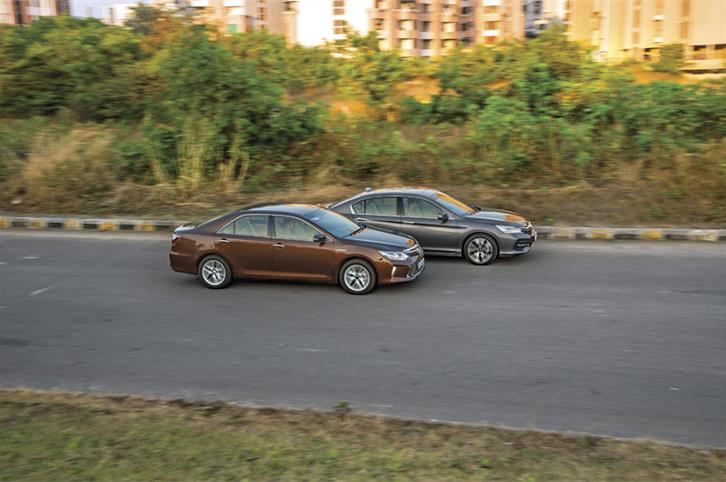 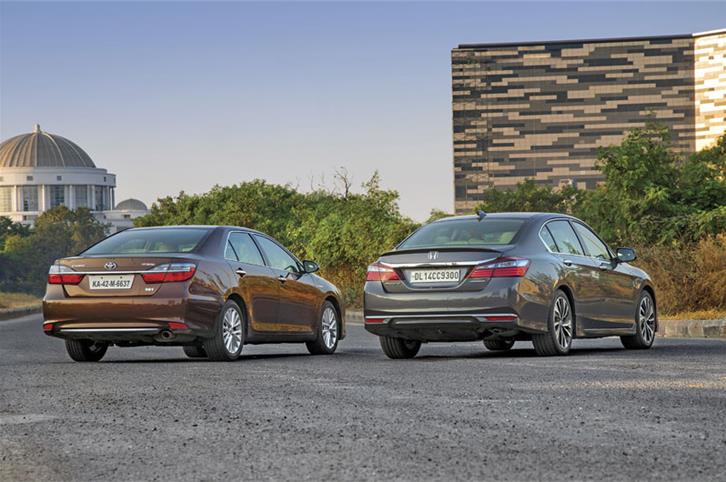 The hybrid versions of the new Honda Accord and Toyota Camry may be green but the rivalry between them is as mean as ever.

Even a few years ago, you’d have to be a) very rich and b) very committed to the green cause to consider a hybrid. Yes, there were some micro hybrids with start-stop tech in the mainstream segments, but the few ‘proper’ hybrids with battery packs and electric motor assist were prohibitively expensive. And with fuel-efficient – whisper it – diesel-powered options available for much less money, the case for going hybrid was weakened further. But things have changed today. For one, hybrid technology has trickled down to lower segments, so it’s possible to do your bit for the environment without having to break the bank. Then there’s the growing anti-diesel sentiment in India which is only getting louder. The uncertainty over future regulations on diesel cars has also got buyers thinking of alternatives and in the premium executive sedan segment; there are no greener and more efficient alternatives than the Toyota Camry Hybrid and new Honda Accord Hybrid.

The Hybrid marks the return of the Accord to India and also serves as a technological showcase for Honda – we’ll get to the details in a bit. Built in Japan and shipped here, the fully imported Accord Hybrid unfortunately and perhaps unfairly is subject to the full spectrum of Indian taxes and duties though and what that means is it costs a hefty Rs 37 lakh (ex-showroom, Delhi). Toyota, on the other hand, assembles the Camry Hybrid at its plant in Karnataka which qualifies the sedan for incentives under the government’s Faster Adoption and Manufacturing of (Hybrid and) Electric Vehicles in India or FAME India scheme. Resultantly, it’s available for a far more reasonable Rs 30.9 lakh.

On price alone, the Camry has the Accord beat. But it would be a grave injustice to reach a final conclusion without seeing the entire picture. Could the Accord Hybrid have some surprises in store? Or is the Camry Hybrid all the hybrid premium executive sedan you’d need?

Let’s begin by delving into what makes these cars special to begin with – their powertrains. Both the Accord and the Camry hybrids have internal combustion engines and electric motors that combine to form single drive systems; so at one level, they are similar. Both also use piston engines that run the more efficient Atkinson cycle. But get into the details and both systems are very different.

The Toyota system on the Camry comprises a 160hp 2.5-litre four-cylinder petrol and 105kW (143hp) electric motor. The Camry can run in full electric mode only at low speeds and on mild throttle inputs. Up the pace and the system switches to a combination of electric and engine power (for a total output of 205hp), both sources driving the front wheels via a CVT gearbox. The 6.5Ah battery pack gets its power via regeneration, that is when the car is slowing down or cruising.

The Accord has the stronger electric motor, the Toyota the more powerful engine.

The Accord’s system is quite radical. It uses a lower-powered 145hp 2.0-litre petrol but a more peppy 135kW (184hp) electric motor. The real talking points, however, are the car’s three drive modes. The first, EV mode has the Accord running solely on electric power drawn from the battery. As the battery depletes and/or speeds increase, the system switches to Hybrid mode. Here, the engine steps in, but not to drive the front wheels directly but to power a generator for the electric motor. So, in effect, in this mode the Accord functions as a range extender with motive power still supplied by the electric motor. Where the Honda also differs is how it uses its petrol motor. The latter only connects with the front wheels at around 80kph or so when the system switches to the third, Engine mode. When this happens, a clutch locks the engine to the front wheels. The electric motor is only used to add power in extreme circumstances, such as when you go flat on the throttle. And then you get a total of 215hp.