New for 2020, the Hero Glamour marks the manufacturer's entry into the 5-speed, 125cc segment. 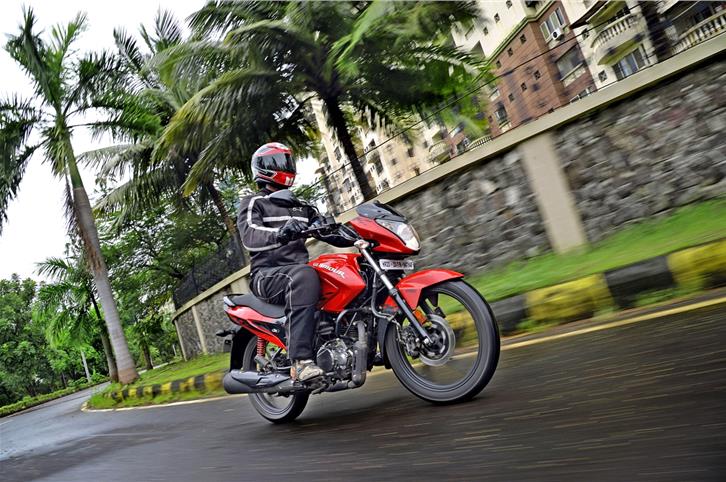 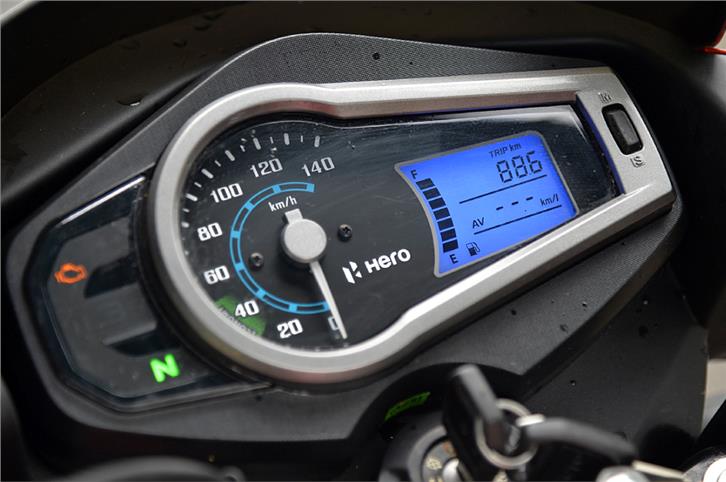 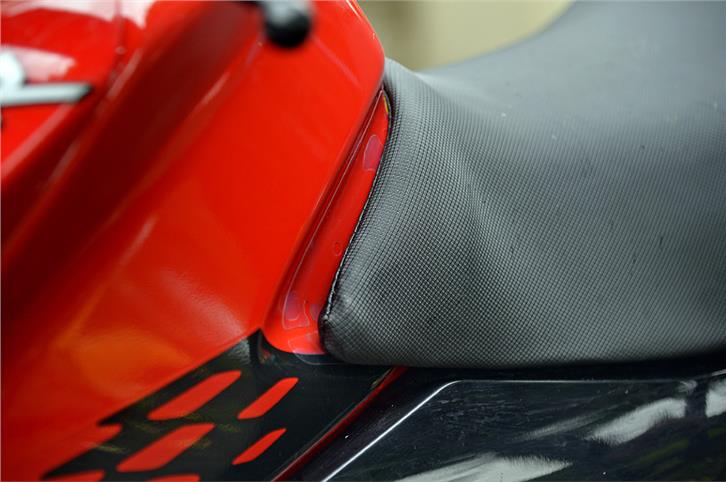 Fit and finish could be better.

Back in February, right before normalcy came to an unprecedented, unexpected halt, Hero MotoCorp unveiled its latest products and prototypes at the Hero World 2020 event. This included the Xtreme 160R, the Passion Pro and the bike you see here, the Glamour 125. The new Glamour has been engineered from the ground up and the addition of a new gearbox with an extra gear make it Hero’s debutant in the 5-speed, 125cc segment. This space currently houses some popular motorcycles like the Honda SP 125 and the Bajaj Pulsar 125, so the Glamour definitely has its work cut out.

For starters, while it displaces an identical 124.7cc, the single-cylinder engine powering the new Glamour is new. The old Glamour had the first fuel-injected engine in the 125cc segment, so it’s no surprise that this one is, too. A big change though, is the addition of a 5-speed gearbox in place of the 4-speed unit on the older bike. Interestingly, this combination resulted in a 0-60kph time that was only a few milliseconds quicker than the smaller engine and 4-speed gearbox on the new Passion Pro. The difference in roll-on acceleration is bigger, but this is also not night and day. So, performance isn’t really a USP with the 2020 Glamour. 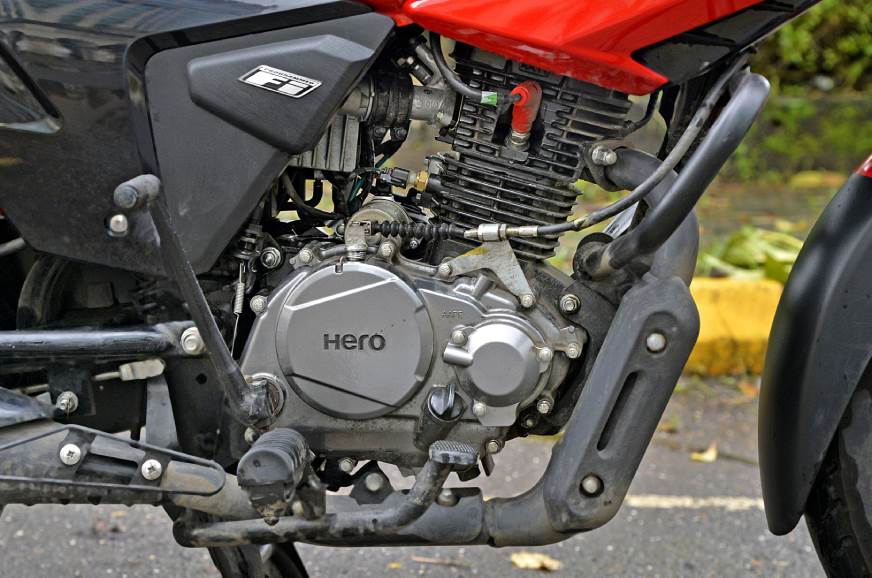 Additionally, Hero has equipped the Glamour with features like its ‘i3S’ start-stop system and ‘Auto Sail’. The start-stop system works by cranking the engine when you pull in the clutch while in neutral, but it won’t work while in gear. This can get bothersome as a lot of us tend to engage the first gear simultaneously while we start the bike and this system won’t allow you to do that. Next, the ‘Auto Sail’ system is designed to help the bike creep forward at a steady speed in traffic, but if you try this over an incline or speedbreaker at too low a speed, the bike will stall.

Out on the highway, we found that the Glamour’s engine was unstressed even at higher speeds. Holding 80-85kph wasn’t a problem and while the engine isn’t as smooth as the Honda SP 125’s, it is quite refined, nonetheless, and has a nice sounding exhaust note.

In terms of efficiency, the new Glamour was quite impressive, returning 62.56kpl in the city and 74.6kpl on the highway.

The new engine is paired with an all-new frame that is suspended by a telescopic fork and twin shock absorbers. At their launch event, Hero mentioned that the new Glamour offered 14 percent more travel at the front and 10 percent more at the rear. Out on the road, the rear felt tauter than the front, and while it’s by no means uncomfortable, it’s not the most plush ride. As with many commuters, Hero seems to have set this up to be able to carry heavy loads. Additionally, ground clearance, too, has increased to 180mm and it gets a wide 100/80-17 section rear tyre that should result in better stability. On our time with the Glamour, we found that it was quite stable even at high speeds. 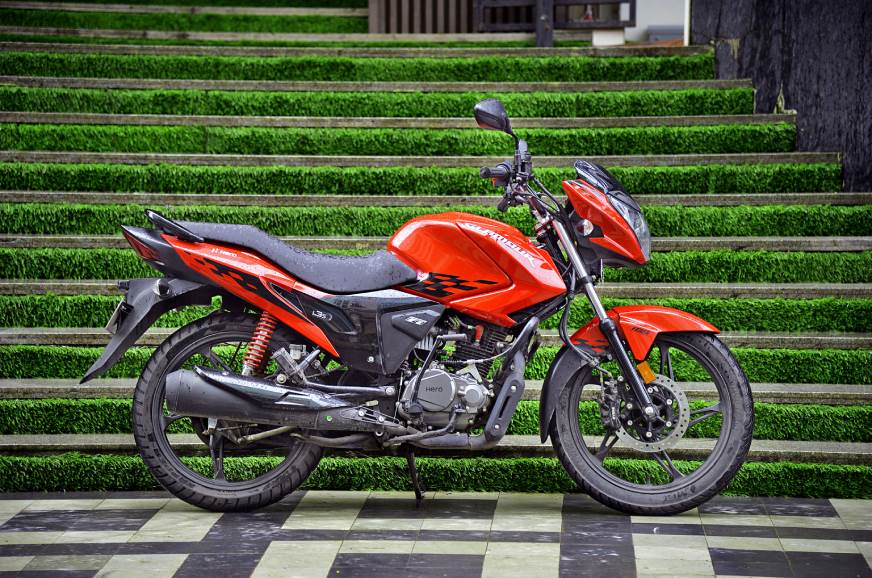 All in the family

The Glamour looks a lot like the bike it’s replaced, but Hero has also made some tweaks to the style with redesigned body panels. It retains its dual-tone colour scheme and chequered flag graphics, but Hero has optimised the use of the latter and it looks noticeably more premium now. Also new is a brighter, differently-styled headlight and a tail-light that features an ‘H’ shaped design. Overall, the changes have resulted in a more mature-looking motorcycle.

The digi-analogue instrument cluster on the new Glamour features a layout that looks very similar to the one on the older motorcycle but sports a couple of changes. Firstly, the backlight is now a deep blue colour instead of the bright orange on the older model. Secondly, the console now displays real-time fuel efficiency.

Lives up to the Glamour?

As mentioned earlier, the Glamour is available in two variants – one with a drum brake at the front and the other with a disc brake. The bikes are priced at Rs 69,750 and Rs 73,250, respectively, which is just Rs 2,300 more than their corresponding fuel-injected BS4 models. At the price point, the Glamour costs around Rs 1,500 less than the Pulsar 125 and a little over Rs 4,000 less than the Honda SP 125. For not a lot extra, Hero is giving you more refinement and features, in addition to all that the Glamour previously had to offer, which is a pretty good deal. 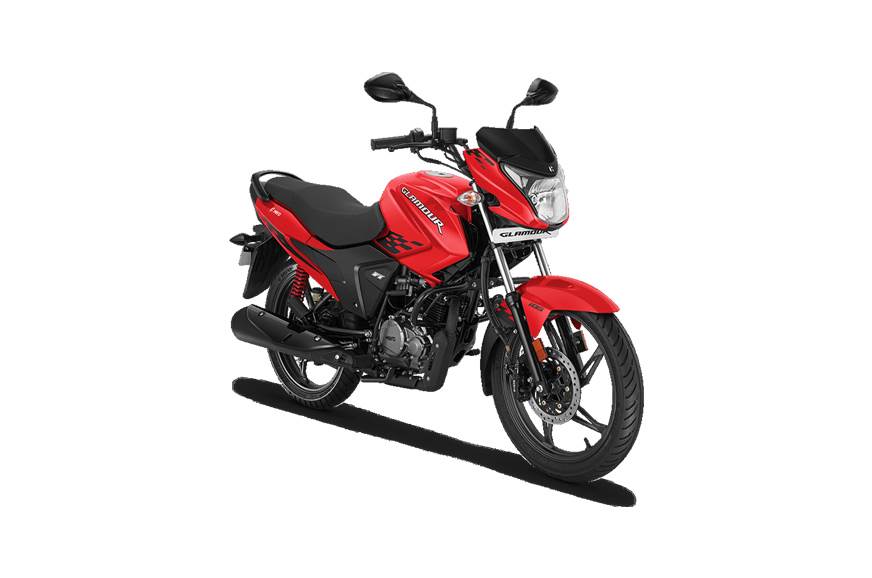