Yezdi is back: can it recreate history?

The good and the bad of Yezdi’s revival story, and what the future holds for the brand. 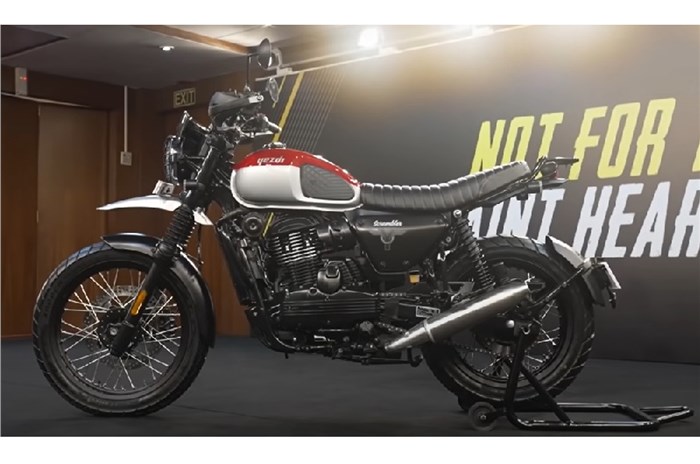 The beautiful thing about appropriated history is that one isn’t obliged to repeat it. To revive a historic brand, without obligations, must be tremendously fulfilling because, while chapters of the past cast a shadow over the vast and empty canvas of the present, it hurts nobody if you don’t retrace the lines to perfection. In any case, if the result of such an essentially retrospective exercise is a motorcycle, chances are, it’s mostly going to be fun. For the maker and for the enthusiast. The revival of Yezdi, with its trio of motorcycles, called the Roadster, Scrambler and Adventure, sure has all the makings of fun, but if only it were going to be as simple as that.

Is it better to appropriate history than to be burdened by its inheritance? Look what it did to MG Motor, for instance. Imagine having to recreate the magic of an MG Midget (or, erm, even just that name) or an MG TD, with an SUV! Instead, not duty-bound, MG is laughing its way to the bank, selling all sorts of SUVs everyone seems to want lots of. Yezdi? Could well be the same story! Born out of a technical requirement in the ‘70s, when Ideal Jawa had to transition its Jawa operations into a more Indianised trajectory, the Yezdi nameplate (an ode to the Irani family’s genesis, hailing from the Yazd province in Iran) felt like a seamless continuation of what Jawa had started. Today, not bound by technicalities, Yezdi is cheerfully a co-existential way forward. 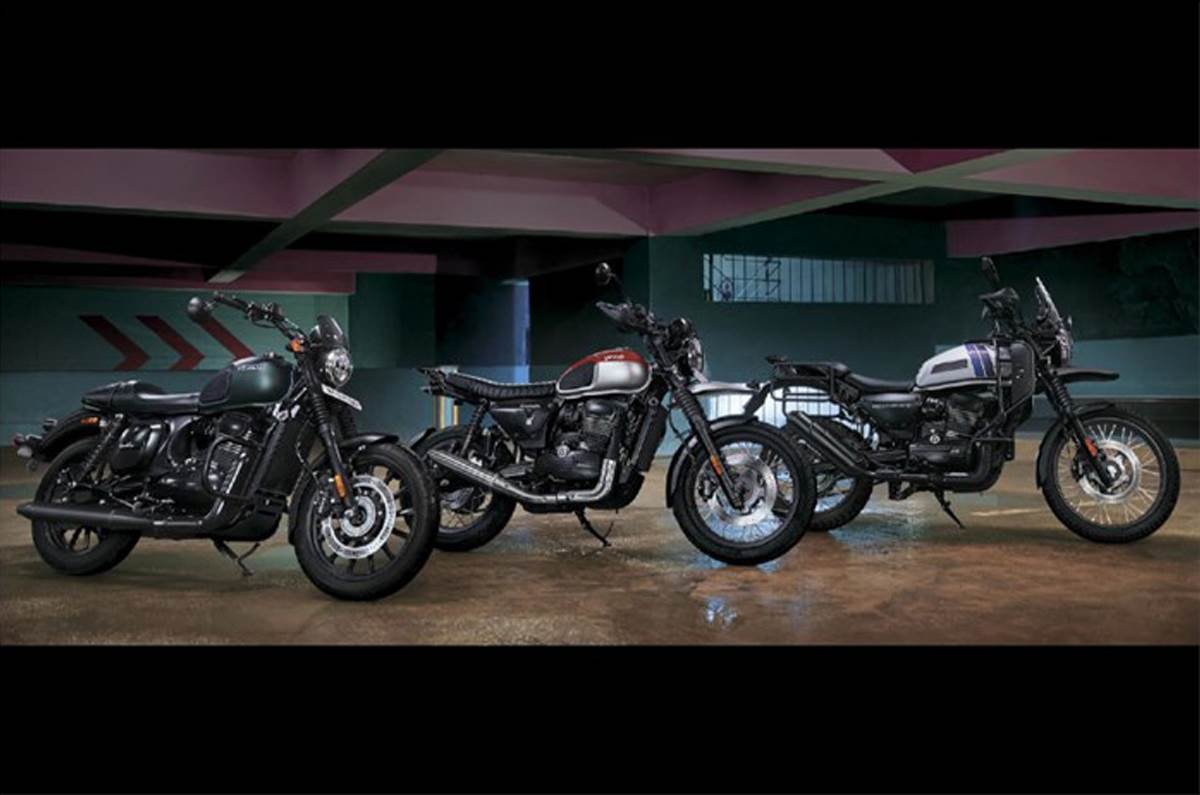 All three of Yezdi’s motorcycles will find takers. That’s easy. Just look at them! At least the Scrambler looks flawless and absolutely cool (the Triumph-esque paint schemes do it a big favour) and there are people who will flock to the Adventure and the Roadster fully convinced. The healthy constitution of the motorcycles helps too ­­– 30hp engines, 6-speed gearboxes, kerb weights that aren’t alarming, on-par equipment levels... It’s all quite right. A respectable fan following is, therefore, not hard to predict.

Sure, each of the Yezdi motorcycles is a sort of direct counter to other existing motorcycles – but this bodes well for those who didn’t want those motorcycles. Unlike the relatively anaemic Himalayan, for instance, the Yezdi Adventure is abundantly powerful. Jawas (and presumably Yezdis) are also delightfully agile and this ease of riding matters a lot to people.

Yezdi is also at an advantage, given its image – not having one, that is.

Its nostalgia-fuelled narrative is no more than a marketing exercise but the current imagery around a Yezdi is, in reality, pretty much a blank canvas. That’s not necessarily a bad thing, because it means you could be anyone if you want to ride a Yezdi. Unlike a Royal Enfield, a Yezdi is more personality type-agnostic. As of today, at least. Another sweet advantage Yezdi enjoys over Jawa is that the brand has its audience already warmed up. Sure, every motorcycle brand has its naysayers, but there is a segment of the audience that likes its Jawas and is, therefore, likely to invest faith in the Yezdi brand as well.

In this environment, Yezdi enjoys another pleasant, if small, advantage over its previous incarnation. Unlike Jawa and its Czech legacy, or BSA and its British legacy, the Yezdi brand name demands lesser historical accuracy. That’s not to say the brand and its erstwhile motorcycles (the Model B, CL2, Roadking and so on) are any less reverential, but the world’s historians won’t cry ‘murder!’ when Yezdi calls its motorcycles whatever it chooses to. No obligations, remember?

The leisure motorcycling segment spells sheer real estate. Of course, it took Royal Enfield decades to fertilise this once stark-barren outback, but that it wouldn’t remain its sole domain was an obvious eventuality. As of today, Royal Enfield has created a monopoly, and a well-deserved one. It wasn’t that long ago, after all, that everybody pleading for bigger motorcycles was written off as a bunch of short-sighted dreamers, trying to replicate the European summer. Motorcycle enthusiasts? Wrong country!

In the last couple of years, Royal Enfield has sold nearly half a million motorcycles annually (exports included), a number which is only growing despite the COVID-19 pandemic-infused odds. Over four lakh motorcycles – that’s a staggering number of motorcycles nobody wanted to make, right?

Today, every kind of single-cylinder motorcycle Royal Enfield produces has an equivalent rival in the Classic Legends stable. Is it enough to have an equivalent, when the playing field is not only tilted, but in fact founded by the one it’s tilted towards? Certainly not. While rear-view mirrors help make ideal motorcycles, they don’t necessarily help sell them. Especially in this emotion-driven segment, what matters strongly is having a story to tell.

Honda has a hundred such stories to its credit and yet chose to write a new one – although it claimed to have reached out into the attic – with the CB350 H’Ness. The outcome is evident in the fact that its CB350 hasn’t changed the world or has even noticeably dented Royal Enfield’s arsenal. With both Jawa and Yezdi, Classic Legends attempted to weave a narrative of nostalgia and aspiration. Fair, but not necessarily original or inspiring. Just the names attested to the Yezdi range itself are indicative of this – Roadster, Scrambler and Adventure. Don’t be surprised if the next one’s called ‘Cruiser’ or ‘Bike’. It could have been, let’s just say, less lazy, no?

A story to sell

There’s a lot that can go against Yezdi as well. Quality, for one. Yezdi cannot afford anything less than seriously good engineering and production standards. Present-day Jawas don’t uniformly have the greatest reputation for quality – you’ll find scattered but amply vocal dissidents if you’ve got the tolerance to browse through Facebook forums – and for Yezdi to have a spotless image will go a long way.

What Yezdi, and parent Classic Legends, also needs to work on is establishing a stronger network than it currently boasts. It’s important to be seen everywhere, and in a segment where service strongly defines quality of ownership, presence really matters. Royal Enfield (that name comes up often, eh?) has an enviable network, but it still doesn’t have the 100 percent faith of the community. Perhaps no brand does, anywhere in the world, but in motorcycling, as in human evolution, improvement is an endless endeavour.

At the expense of sounding like Captain Obvious, it’s important to acknowledge that Yezdi simply isn’t Royal Enfield. If nostalgia is the way forward, then 120 years of history will always outweigh 50 (or less than half that, if you consider the years Yezdi was truly operational). It’s not just girth, by the way. Lest we forget, the entire first century of Royal Enfield’s existence was still largely a struggle, with only brief respite from successful models. It’s only in the last decade or so that it has reaped the benefits of committing to its story, under the resolute watch of Siddhartha Lal, the company’s dynamic leader.

It’s perhaps clever to counter Royal Enfield, given that at least the market for each of those motorcycling genres is well-defined, but then Royal Enfield, too, is writing new stories as you read this, ones that aren’t necessarily within the outlines of the past’s shadows. Very soon, just like in the past, Yezdi will be on its own again, left to imagine with originality – something it tried and failed with, the last time around. This time let’s hope history doesn’t repeat itself. It doesn’t have to, at least. 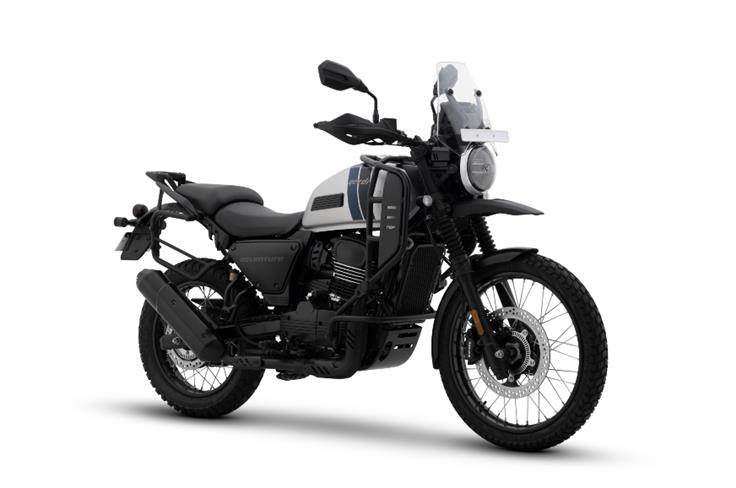