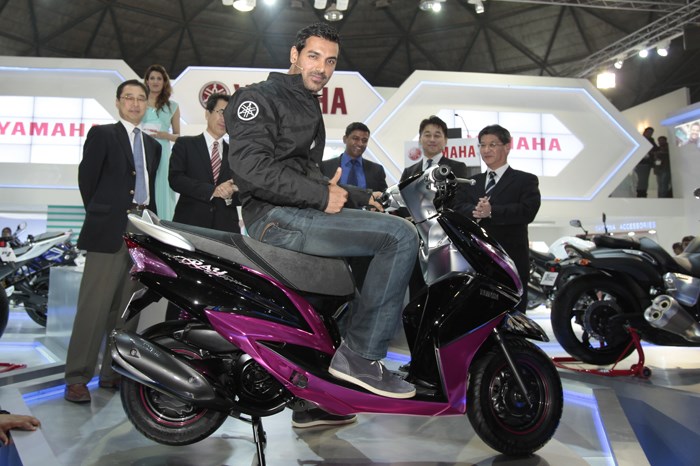 Yamaha has unveiled a concept scooter that will become their first Indian scooter when launched later in 2012.

Yamaha has uncovered their much awaited Indian scooter –called the Ray for now, which could change by the time the scooter hits showrooms around mid 2012. Though the Yamaha scooter displayed at the Auto Expo is currently at a concept stage, this is clearly targeted at the fairer sex. The edgy, stylish and compact looking Ray looks like being a light, small capacity (approximately 100-125cc) scooter, well suited to urban Indian commuting duties. Also on display are the Xeon 125, Fino and Mio scooters, all currently available in Thailand, Indonesia and Vietnam.