Powered by a 998cc, four-cylinder engine that produces 197.27bhp 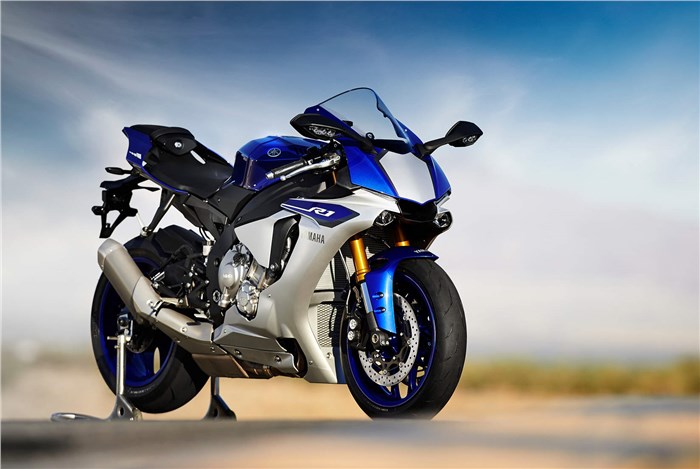 Yamaha had the YZF R1M, an even more exclusive version of Yamaha’s flagship superbike, the R1, on display at the 2016 Auto Expo. A limited edition model, the first batch of R1Ms, launched in 2015, sold out within hours of the bookings being open. The 2016 edition had the same specs as the earlier one, and was simply an opportunity for riders who could not lay their hands on one in the first instalment to do so.
The R1M employs a newly designed 998cc in-line four-cylinder four-valve liquid-cooled engine that has a crossplane crankshaft. The connecting rods have been coated with titanium and pistons constructed out of forged aluminium to derive maximum power from the engine. The engine is lighter and slimmer than the one on the outgoing model, with design focusing on increasing the volume of air-intake and reducing the loss of power. The result is 197.27 bhp of power propelling a 200kg motorcycle.
The engine specs might be impressive, but are shadowed by the list of electronics on the bike. The R1M gets a factory-fitted Communication Control Unit, which, claims Yamaha, improves the rider-machine interface by simplifying settings and constantly monitoring vehicle information. This unit records all ride information, ranging from lap timing to throttle position and lean angles. An Inertial Measurement Unit and G-Sensor measure movement on the six-axis; this information is then fed into the ECU, which optimizes engine settings accordingly. Five more control system feed information into the ECU – a traction control system, slide control system, lift control system, launch control system and quick shift system.