The aftermarket Yoshimura full-system exhaust is expected to unlock more performance from the 249cc engine. 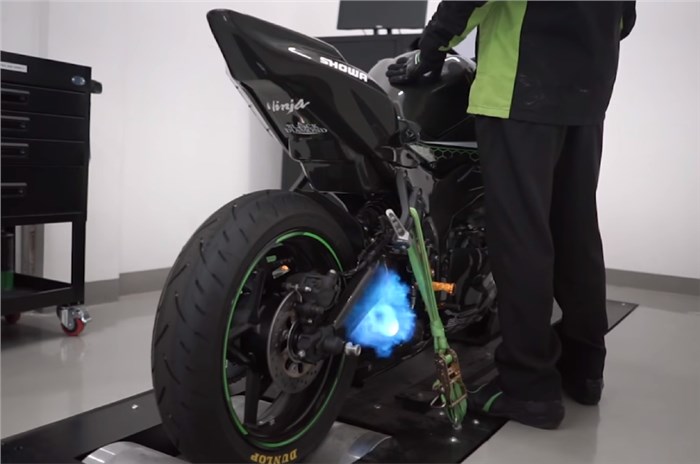 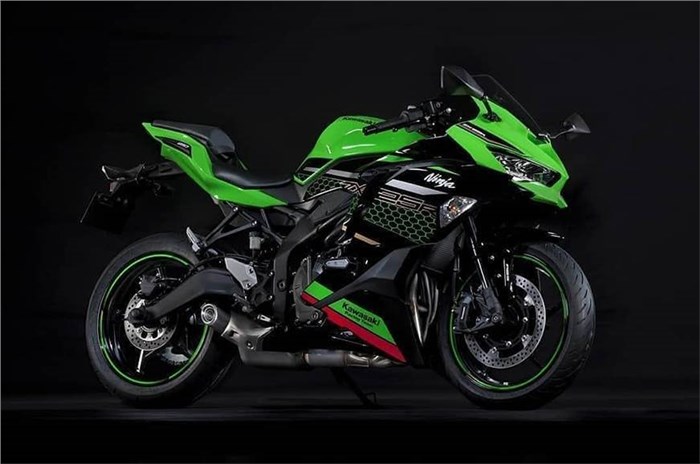 Kawasaki seems to have mastered the art of keeping the interest alive in its to-be-launched motorcycles. At least that's what can be concluded after a string of videos that were released online, in the run up to the official launch of the new Ninja ZX-25R.

In the latest video, the Ninja ZX-25R's stock exhaust has been replaced with a Yoshimura full-system exhaust, which is expected to unlock the potential of the engine. This Yoshimura exhaust is part of a set of performance upgrades that have been designed specifically for the ZX-25R. In fact, the bike you see on the dyno is kitted with other performance parts such as carbon-fibre bodywork by A-tech and rear-set foot pegs by Sniper. All these  upgrades are meant for track use and it shows the ease with which a stock ZX-25R can be converted into a race machine.

The video shows a Kawasaki technician fire up the 249cc engine and what follows is the deep sound of an inline-four warming up. He then proceeds to rev the engine intermittently as the exhaust shoots blue flames and the noise grows pleasingly louder. The technician does not rev the bike all the way to the 17,000rpm ceiling but it's  enough to give us an indication of the bike's potential. Imagine one of these screaming down the straight on a racetrack! It makes us wish that this lockdown ends quickly, and we get our hands on a ZX-25R. Speaking of the lockdown, the current COVID-19 crisis has forced Kawasaki to postpone the official launch of the Ninja ZX-25R.

So, for now, all we can do is wait and stare at this baby Ninja's impressive features list that includes traction control, quickshifter, Showa SFF-BP (separate function fork – big piston) and power modes. It does make it seem like a compelling entry-level sportbike.