The University of Warwick is onboard as well and will tackle battery technology and modelling. 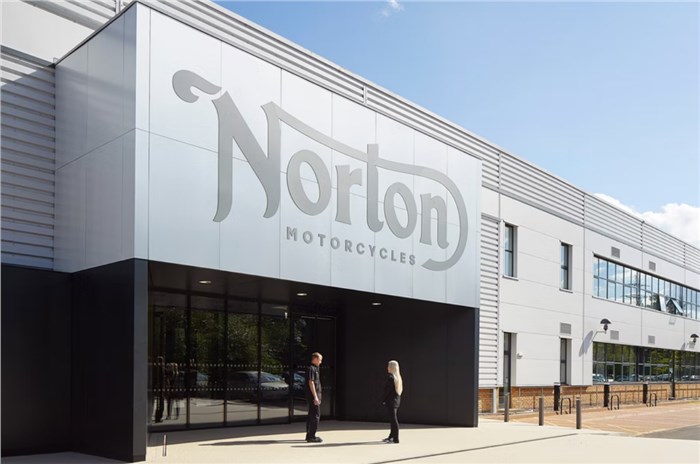 The Norton headquarters in Solihull, England.

The 'Project Zero Emissions Norton' aims to build an electric two-wheeler that doesn’t sacrifice range at the behest of superior performance and handling characteristics.

Norton CEO Dr Robert Hentschel said that this project also aims at putting the UK on the map when it comes to the supply of EV components. The project is co-funded by the UK government’s Advanced Propulsion Centre 19 unit.

The 30-month timeline forecasted by the company means the product will most likely be unveiled in late 2024/early 2025.

Delta Cosworth, the electric powertrain division of the iconic engineering firm Cosworth, will be developing the battery pack, something that impacts not only the performance and range, but also the overall weight of the vehicle.

The University of Warwick (WMG), who already partners with Norton on a TTZero race bike project, are onboard as well. They will be tackling battery technology, modelling and tool chain development.

Motor and inverter specialists HiSpeed Ltd will be working on the motor design and manufacturing, while Formaplex Technologies, a Portsmouth-based carbon fibre and composites manufacturing firm, will be likely focusing on the bodywork of the new electric bike.

M&I Materials will be handling the cooling system with a new method known as dielectric cooling, a process that involves immersion of electrical components in oil to cool them down.

Last but not least are Indra Renewable Technologies, specialists in vehicle to home charging technology – energy flows from your vehicle to your home. This feature hasn’t made an appearance on an electric two-wheeler yet although it is fairly common in electric cars.

What do you expect from Norton's electric bike in an ever-evolving electric bike market? Let us know in the comments section below.