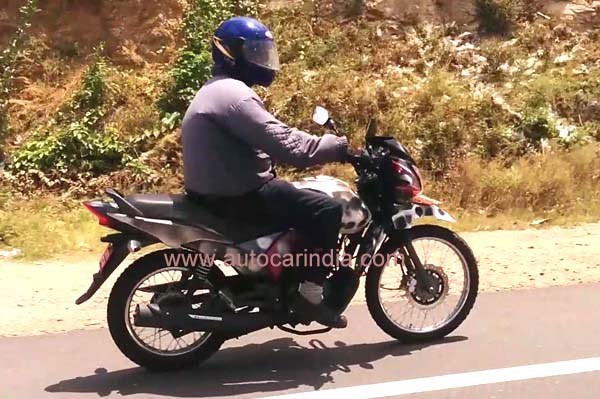 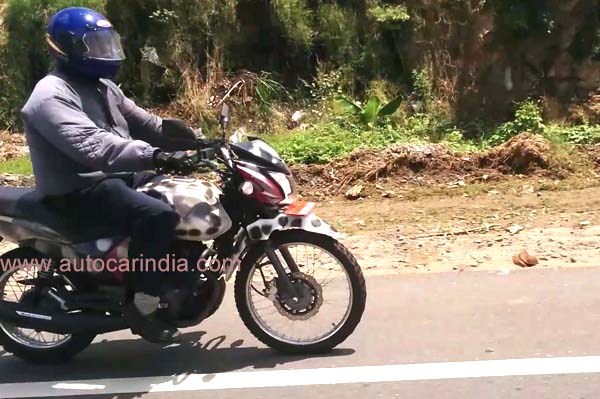 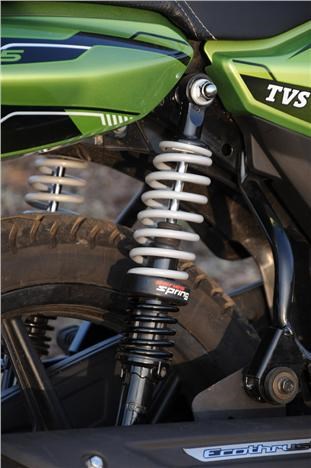 TVS Motor Co is currently soaring high, its growing range of competent scooters finding favour in the expanding Indian scooter market to spike the company's sales graph. The two-wheeler manufacturer holds the number three position behind the formidable duo of Hero MotoCorp and Honda in the domestic sales race.

However, these spy photographs are a reminder that TVS isn’t losing focus on its range of small capacity motorcycles either. Seen here are early images of an on-off road capable commuter bike from the two-wheeler maker, in all probability displacing close to 125cc.

Known for off-road racing experience across India, where TVS has competed with much success over the years, we’d hoped this company would pick up Hero’s Impulse baton to bring India a sorely needed larger capacity, perhaps 200-250cc adventure bike.

The spy shots show a clearly smaller capacity commuter bike in its early stages of development, a Phoenix variant possibly, with the benefits of an off-road motorcycle – long-travel telescopic suspension in front and almost certainly a pair of longer stroke TVS multi-rated ‘series spring’ shock absorbers at rear. Apart from this, you can see a larger diameter rim in front, backed up by a, likewise, spoke-equipped wheel behind. The new TVS is sure to offer a comfortable, upright riding position.

The test bike looks a fair way from production ready, but expect it to be built around the Phoenix platform, with an approximately 125cc, four-stroke, air-cooled engine, generating around 11bhp, and close to 1.1kgm of torque.

A petal rotor-equipped front disc brake can be seen, with a drum brake doing duty at the rear. The tubular steel frame meets a box section steel swingarm at the rear, and the test bike can be seen using alloy foot rests, as well as an exposed chain.

2015 is certainly shaping up to mark a big year for TVS, with the first few exciting motorcycles expected to take birth from its Indo-Bavarian tie-up with BMW Motorrad, and motorcycles like the one seen here on their way in as well. Stay tuned as we bring you more on this developing story.