Hot on the heels of the Street Triple S, the updated Tiger Explorer family might land in India as early as July 2017, with the Speed Triple in tow. 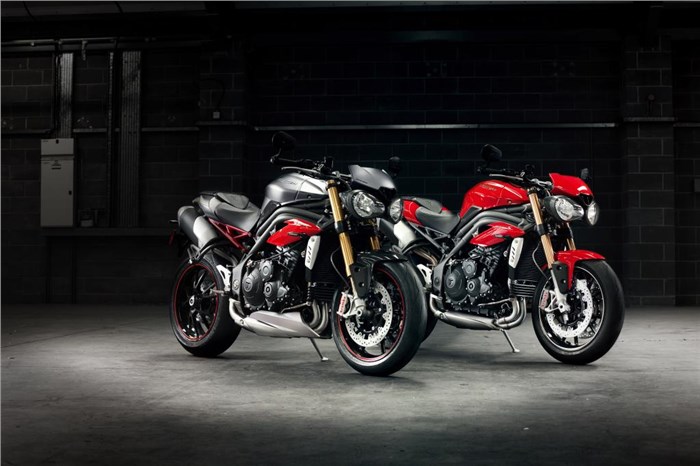 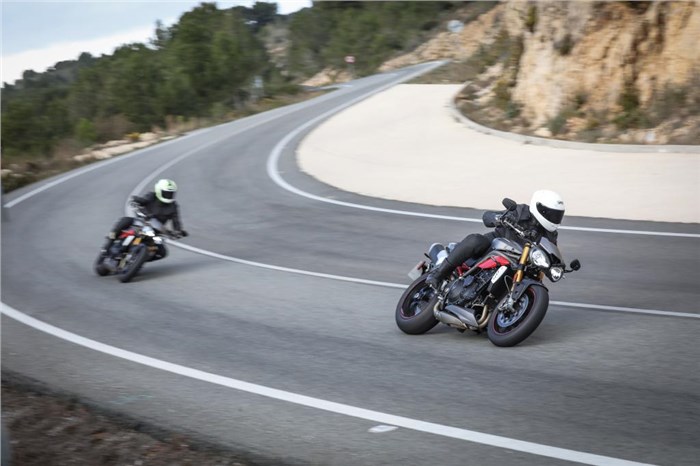 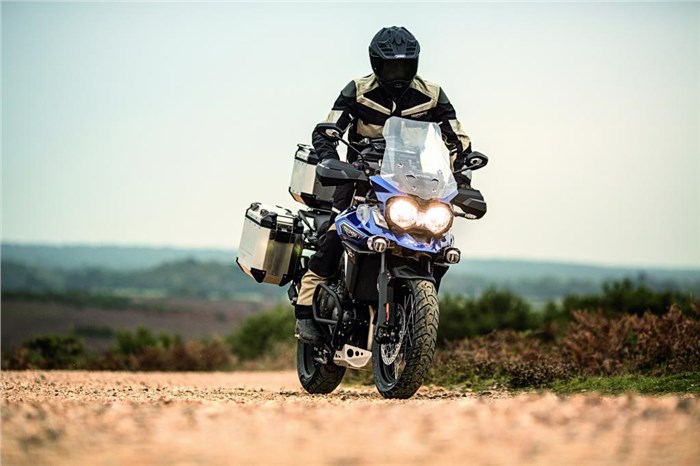 In 2016, Triumph Motorcycles updated its larger-capacity adventurer tourer, the Tiger Explorer, with a whole host of new features, not the least among which was converting the single model into a range encompassing six variants. Three of these variants were focussed on road riding while the rest three were off-road oriented. The big news now is that this updated Tiger Explorer range will come to India really soon. And by soon, we mean, it could be as early as next month.

The new Explorer range really bumps up its game, which should help it keep up to speed with its competitors such as the BMW R1200 GS and the Ducati Multistrada 1200. The basic 1,215cc inline-three-cylinder maintains its basic configuration similar to the older bike, but thanks to some internal tweaking, makes a little more power and torque – 139hp and 123Nm – respectively. It still retains a six-speed gearbox though and features a shaft drive to send power to the rear wheel.

However, there is a whole new set of electronics based around a 6-axis IMU (Inertial Measurement Unit), not on the base XR and XC though, which feeds the cornering ABS and multi-level traction control. And, thanks to the ride-by-wire throttle, the base XR and XC models get two riding modes – Road and Rain – while the top-spec XRa and XCa get five – Road, Rain, Off-road, Sport and Rider!

The chassis has seen a number of improvements as well, with the suspension having switched over from Kayaba forks and monoshock to more capable, semi-active units from WP (although the base XR and XC get manually-adjustable WP suspension). Brakes, a weak point of the older Explorer, have been addressed too. The rear brake, a 282mm, 2-pot Nissin unit, remains unchanged but the twin 305mm discs at the front get radially-mounted 4-pot Brembo monobloc calipers.

Other areas of improvement have been a new instrument cluster along with new switchgear, heated grips and seat, cruise control, a hill-hold system (only on the top spec XRa and XCa), self-cancelling indicators as well as a tyre pressure monitoring system.

We believe Triumph will adopt a similar strategy of rolling out the multiple variants of the Tiger Explorer into India that it has adopted for the smaller Tiger 800s. So, first we’re likely to see the base XR and XC models launch, followed by the more capable XRx and XCx, with finally the top-spec XRa and XCa coming in last. However, Triumph has said that they’re looking at locally assembling 90 percent of the models they sell in India by the end of this year. It’s possible that the Tiger Explorer range might not make the cut when it comes to CKD operations and might be a direct import. In that case, it would even be possible to launch all variants in India at the same time.

In Triumph’s home country, the UK, the Tiger Explorer range is priced slightly lower than the BMW R1200 GS range and a bit more than the Ducati Multistrada 1200 series. In India, the Ducatis cost a lot less compared to the BMWs because of differences in where the bikes get imported from and the accompanying duties. So, prices for the new Explorers could vary depending on how Triumph plans to source them for India.

Speed Triple and beyond

It’s not just the Tiger Explorer range that we have to look forward to this year from the British marque. Speaking to Autocar India at the recent launch of the Street Triple 765 S, Vimal Sumbly, MD of Triumph India, said 2017 would be the year for roadsters from the company. This is not only a clear nod to the top-spec variant of the Street Triple 765, the RS, coming to India shortly, but hints at the larger-engined and recently-updated Speed Triple range landing here in the near future.

Near the end of 2015, Triumph took the wraps off an updated version of its big-boy roadster, the Speed Triple. This new bike was powered by essentially the same 1050cc, inline-three-cylinder motor as the outgoing model. But with some internal updates such as a new cylinder head and new pistons, it now produces 140hp of peak power and 112Nm of peak torque, up by 13hp/7Nm. Other mechanical additions have been a slip-assist clutch and a ride-by-wire throttle, of which the latter has allowed for five different ride modes. The bike does have a switchable traction control system, though it remains a bit more rudimentary compared to some of the more modern systems.

This new Speed Triple is still a little on the portlier side, with a dry weight of 192kg, making it nearly 30kg heavier than the Street Triple 765. So, while it’s not going to set any lap records, it doesn’t shy away from its hooligan reputation, which it has crafted over the years. Suspension is an all-Showa fully-adjustable affair (for the base Speed Triple S) with upside down forks at the front and a monoshock at the back. Braking at the front comes from two 320mm rotors, clamped on by Brembo radially-mounted 4-piston monobloc calipers, while there’s a single, 255mm disc with a Nissin 2-piston caliper at the back. Switchable ABS is offered as standard.

The previous-generation Speed Triple, which was part of the company’s original line-up for India, but has since been discontinued, came here as a CKD and was last priced at Rs 11.49 lakh (ex-showroom, Delhi). We expect that the new Speed Triple will cost roughly in the same ballpark, although you can expect to pay more for the Speed Triple R which gets lots of carbon-fibre bits and more capable, fully adjustable Ohlins suspension.

Triumph India's Sumbly added that going forward Triumph was also looking at closing the gap between models launched in the UK and India. This means that the rumoured, upcoming semi-faired touring version of the Street Triple 765 would be on the cards for India as soon as it goes on sale in the UK – sometime early next year, we think!