Triumph: CKD assembly is no longer incentivising in India

The British company is still invested in CKD assembly at the moment, but is clear that the government needs to be more supportive. 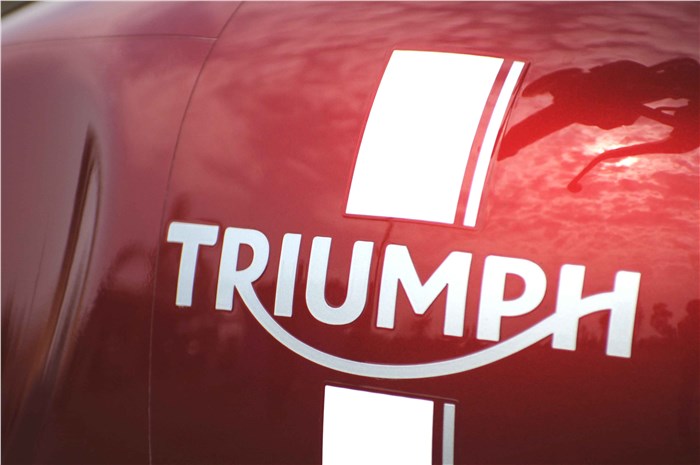 The past few months have been tumultuous in terms of policy change for premium motorcycle manufacturers. First came the unexpected hike in duties levied on motorcycles brought in as Completely Knocked Down (CKD) kits from 10-15 percent. Given the government's big push on making in India, this came across as unfair – especially since there was no similar hike in the duties levied on motorcycles brought in as Completely Built Units (CBU) imports. Then, just days later, the government announced a surprise 25 percent slash in the rates for CBU imports. This appeared completely out of the blue and while it was certainly welcomed by enthusiasts, it served as a double blow to companies that have invested heavily into CKD assembly in India.

No brand has been hit harder by this than Triumph. It used to import almost its entire line-up, not so long ago; but has shifted 90 percent of its India line-up to the CKD route. As a result, almost the entire Triumph range has seen a sizeable price hike, which has hit its competitiveness against its rivals. For example, the prices of some machines like the Thailand-sourced Kawasaki Z900 (a CBU import), which rivals the Street Triple S, have remained constant. This is because imports from Thailand come under the policies of the FTA (free trade agreement) which has been unaffected by the recent policy changes. Meanwhile, others like the Yamaha MT-09 (another Street Triple rival) which is directly imported from Japan, have actually seen price drops, thanks to the reduced CBU import duties.

We spoke with Triumph India MD, Vimal Sumbly at the recent launch of the new Tiger 800 range in India and here’s what he had to say, "With the implementation of GST came a 3 percent kick-up in terms of the taxes. So we didn’t expect this new move, because you know, when you do CKD, you invest in India in terms of infrastructure and manpower. It came as a little bit of a deterrent. If you look in India today, most of the luxury manufacturers – whether bikes or cars – have a plant in Thailand and today FTA is cheaper than doing CKD. The Government needs to do some serious thinking. Five percent is a big amount of money in the automobile industry – to lose or to gain."

Sumbly makes it clear that given the current tax regime, FTA imports from Thailand are clearly the smarter way to go; and Triumph already has a full-fledged plant in Thailand that manufactures almost the full line-up apart from some of the high-capacity motorcycles above 1,000cc. When we asked him whether the current India assembly plant makes sense now, he stressed on the fact that Triumph is still committed to local assembly but also cautioned that they are waiting to see if the Government will take corrective measures. Triumph has already approached the Government regarding this, but has received no response, so far.

Our take? Financial stability is vital when you want to woo foreign businesses into investing in the country. The past year or so has been an absolute roller coaster in terms of policy and no one knows what to expect, anymore. If the Government wants to promote the Make in India program then supporting the brands who have already invested towards that is essential. Of course, Triumph has invested heavily into India already so it’s not a simple matter of deciding to just switch over to FTA, but you can be sure that the brand is evaluating its options.