The 765cc inline-three cylinder engine is based on the Street Triple 765 RS’ motor with modifications for racing. 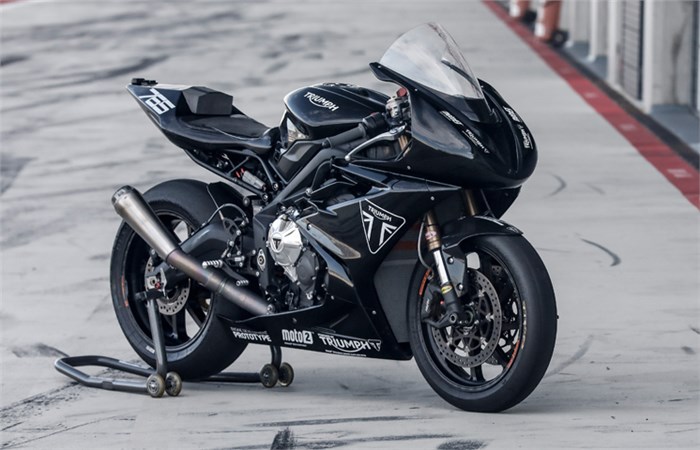 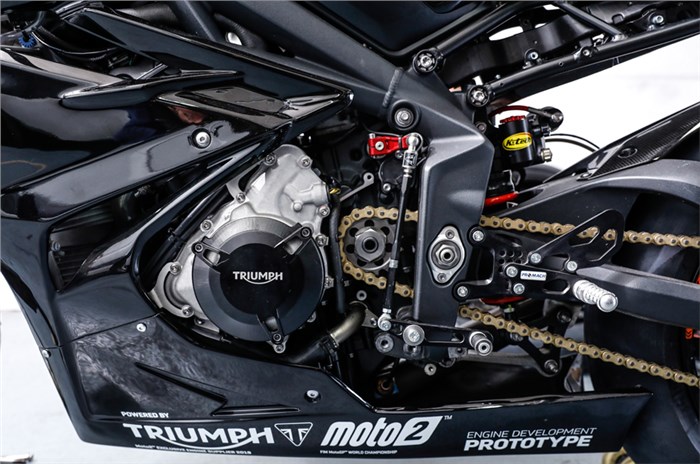 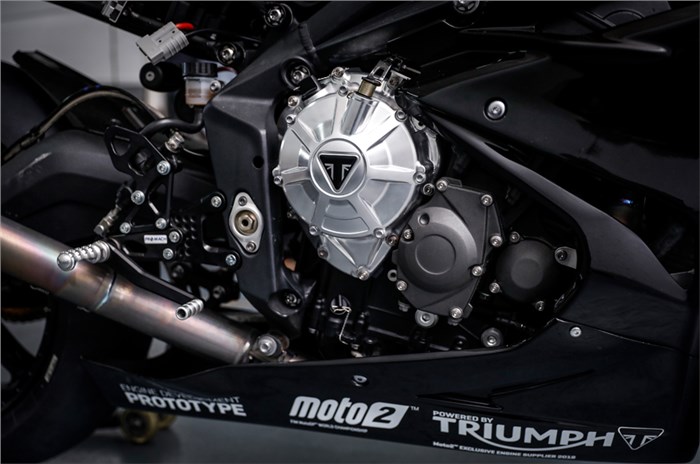 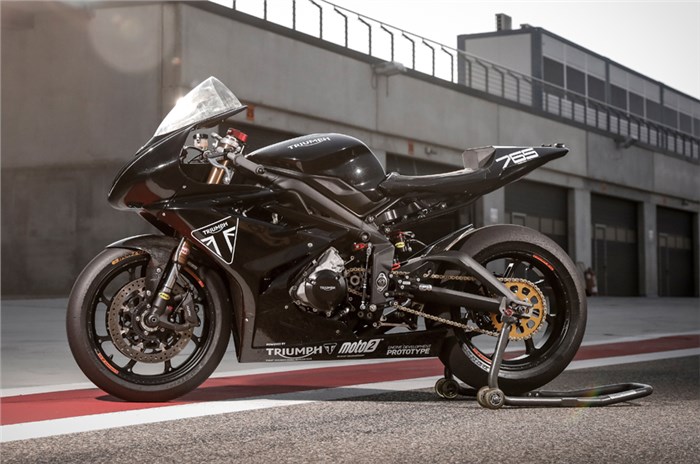 Triumph has announced a successful track-test session with its new 765cc engine that will be provided to all Moto2 teams from 2019. This comes just three months after Triumph publically announced that it had bagged a three-year deal to supply engines for the Moto2 race series.

Moto2 uses a spec engine and allows teams to develop their own chassis. Honda has been the sole supplier to Moto2 since the championship replaced the old 250cc two-stroke class in 2010. The Honda engine used thus far is a lightly tuned version of the 599cc motor seen in the production-spec CBR600RR.

The motor that Triumph will provide for Moto2 follows suit, in that it is a modified version of the production-spec 765cc unit that debuted in the 2017 Street Triple 765 RS. The prototype engine was housed in a race bike built around a Triumph Daytona chassis and the test took place at the Aragon circuit in Spain. Riding the motorcycle was 2009 125cc World Champion and 2010 Moto2 runner-up, Julian Simon. This test comes through at the midway point of the engine development programme and Triumph claims the results show that development is well on schedule, with deliveries set to begin to the race teams by mid-2018.

In road spec, the engine develops a healthy 123hp at 11,700rpm and 77Nm at 10,800rpm. The race spec engine sees a number of changes listed below that will allow it to rev harder, higher and produce more power in the bargain. Some changes have been made especially to prepare the engine for the abuses of racing use.

Video footage of the test bike on the dyno reveals a glorious angry howl that will no doubt be well received by the fans.

However, Triumph has enormous shoes to fill in terms of reliability. Honda’s race-spec Moto2 engines are built and managed by a company called ExternPro who, as of 2016, has the proud claim of just five engine failures in a million kilometres. And of those, three were due to broken cranks bolts; an issue that occurred as the engines were run without the standard starter motor, a small modification that altered the engine’s harmonics. This issue was solved by redesigning the crank bolt and thrust washer.

Test rider Julian Simon said “I am really happy to be here in Aragón, testing the development of the 2019 Moto2 engines with Triumph. I can see there has been a big improvement with the latest engine, giving a great feeling. There’s a lot of power and the gearing is fantastic, and for the sound, this is also fantastic. To me, it’s fun.”

On a slightly different note, we have a feeling this test mule seen here could be a teaser of sorts to an upcoming Daytona 765. The old Daytona 675 had to be retired at the onset of Euro 4 emission norms, so a Daytona 765 using a version of the Euro 4 engine from the new Street Triple family would make sense. The 600cc class of supersport is nearly dead, despite Yamaha’s new R6, but machines like the Panigale 959 and MV Agusta F3 800 show that there is space for a supersport that exists below halo, litre-class monsters.