Suzuki will stop producing the Suzuki Inazuma by March next year due to low sales numbers. 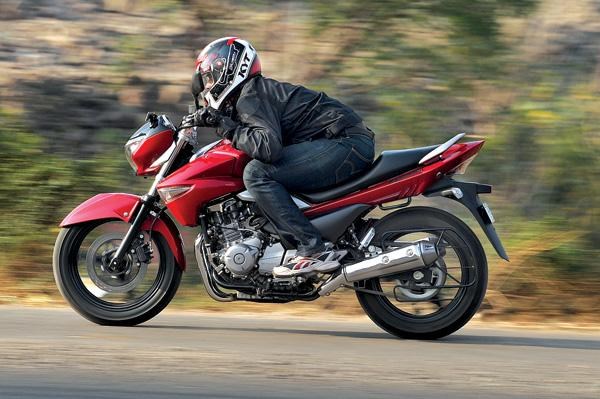 The quarter-litre motorcycle market in India has been gaining popularity with manufacturers such as Honda and Kawasaki, selling a decent number of motorcycles. Even the likes of Hero MotoCorp, Karizma and the KTM 200s come quite close to the segment, and sell in large numbers. Recognizing this trend, Suzuki launched its entrée, the Inazuma at the beginning of 2014. However, it didn’t do well in India, and the company has decided to cease production for India by March 2015.

Poor sales numbers can be blamed for discontinuation of production of the Inazuma. Other motorcycles in the segment, such as the Honda CBR250R, Kawasaki Ninja 250 and even the Hero MotoCorp Karizma ZMR focus more on a sportier ride, while for the Inazuma, comfort was a forte over outright performance. Then there’s the most important factor – the price. At Rs 3 lakh, the motorcycle came to our market with a fairly expensive price tag. The high asking price for the Inazuma can be attributed to the fact that the bike is imported into the country as a 'Complete Knock-down' (CKD) kit, and is later assembled here. However, the high asking price kept keen buyers away. The company did recognise the problem, and addressed it by slashing prices by almost a lakh, but that didn't seem to change the the customers' mind.

Suzuki also introduced a fully faired version of the Inazuma in international markets, which offers better wind deflection from the rider, however, now that the company has decided to cease production here completely, we shall not be seeing that bike here at all.