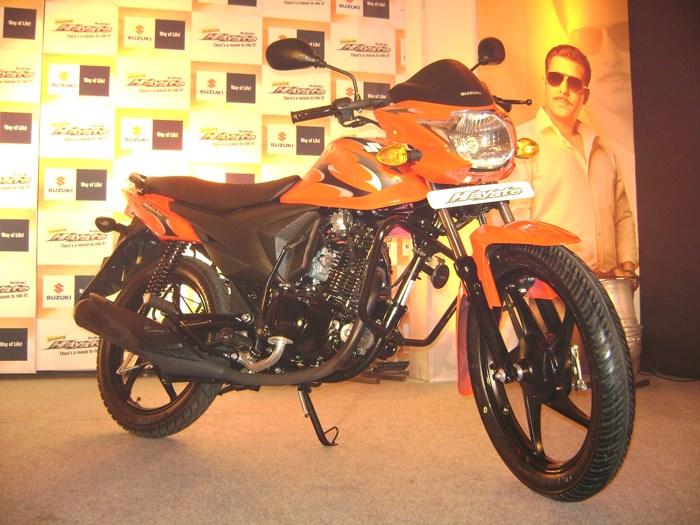 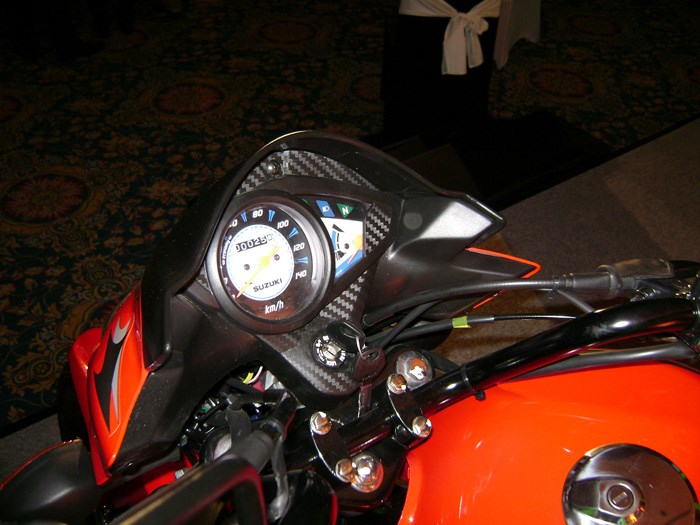 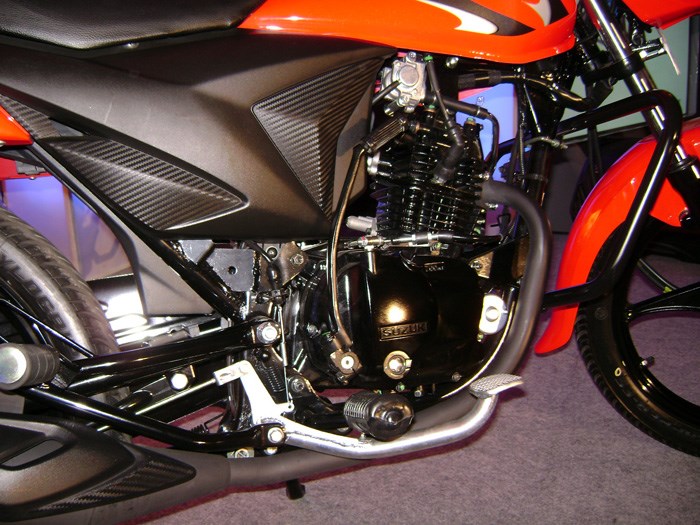 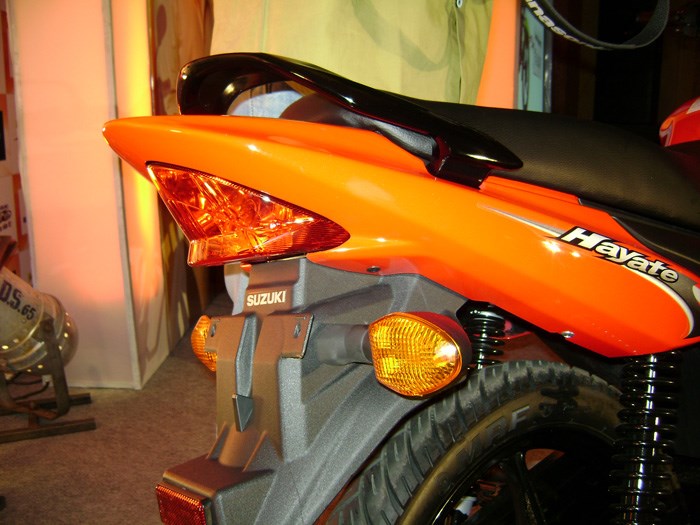 Suzuki has launched the Hayate, a 112.8cc motorcycle that looks all too similar to their existing Slingshot model, with it's new name meaning Swift wind in Japanese, while sporting a fresh set of graphics. The Hayate comes with an 8 litre fuel tank.

The button started Hayate is powered by a four-stroke, 112.8cc, air-cooled, single-cylinder engine that uses a four-speed, all-down shifted gearbox. 17inch alloy rims are offered front and rear with the new 112kg (kerb weight) Suzuki bike. It uses a single downtube frame and conventional telescopic forks for front suspension. While at the rear, Suzuki has deployed 5-way adjustable, hydraulic shock absorbers allied to an archaic tubular swingarm, a component that has long since been replaced by the superior rectangle section swingarm on modern day Indian motorcycles.

The Hayate is set to target the high volumes commuter bike market in India, priced at an affordable Rs 40,162-42,162 (ex-showroom, Pune), and will be sold in shades of white, green, grey, red and black.