It can be plain frustrating, but it’s still worth it. 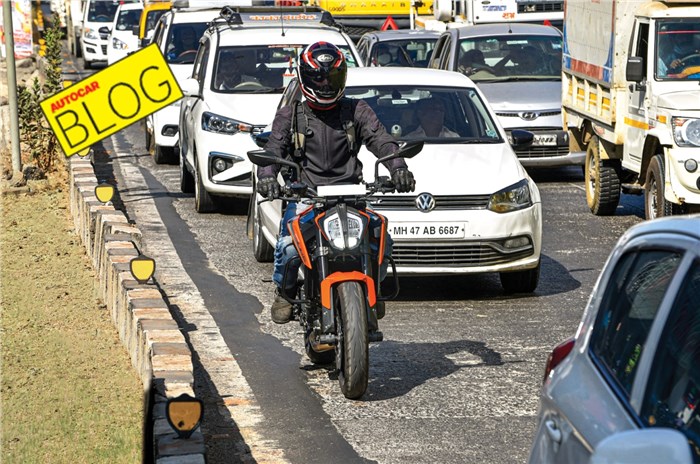 It’s already been two years since my wife and I purchased our KTM 790 Duke. Time may have flown, but the experience gained from owning the first big bike has been tremendous as well.

I suppose the primary lesson here is that you need to be okay with the thought of spending money – a lot of it. Buying the bike is the obvious big step, followed by the annual expenses of service and insurance. Both of these have you truly appreciate how little we Indians actually pay to keep our domestic manufactured two-wheelers running.

The thing is, you’ve bought yourself a high performance, exotic machine and anything that you now want to add to it in terms of trinkets, accessories or performance enhancing bits – which you surely do – also cost an arm and a leg. Since there is no local ecosystem of affordable accessories made for your bike, whatever you want will have begun life overseas as a high-quality, well-engineered and expensive international product. And that’s before it meets the Indian tax and duty system.

Our powers that be are particularly proficient in taxing the life out of anything nice, especially if it comes in from overseas – regardless of whether there are any local alternatives. But sometimes, any amount of money isn’t enough. Consider the appalling situation with tyres. Either you can’t get them at all, or you’re at the mercy of dealers who mark up prices to the equivalent of daylight robbery. I recently saw a popular online retailer list a set of Michelin Road 6’s for Rs 58,000 – that’s over double of what they cost abroad.

It’s highly frustrating to have to ride your bike with the fear of not getting something as simple as a set of replacement tyres. Even with spare part availability, the less commonly changed ones can take a long time to arrive, although some manufacturers are better than others here. The fear of exorbitantly priced spares is something else you’ll have to come to terms with too. The thought of a Rs 40,000 replacement radiator for my KTM, for example, had me happily shell out Rs 7,000 for a radiator guard.

Then there’s the fact that these bikes just weren’t made for our conditions. Stiff suspension, tremendous engine heat and low ground clearance are common knowledge, but I’ve discovered that our dust and weather conditions play a role too. These bikes were designed and tested in milder climates with kinder roads, and while they can take extreme heat, they certainly don’t like it, especially modern emissions compliant machines that tend to run very lean. I can clearly feel the 790 running so much better in the cool morning air before the 40°C afternoon heat arrives.

Fuel is another big concern – not just octane rating, but it’s also vital to find a trusted, well run fuel station – as I discovered when being forced to remove the fuel tank to get rid of water and dirt that was generously bundled in with some petrol I once filled.

Clearly, life with a big bike is not plain sailing here, and sometimes it can be plain frustrating. But NONE of this matters in the grand scheme, because the feelings that these motorcycles can generate are so damn good, they’re impossible to find anywhere else that’s legal, or this affordable. I can promise you, it’s all worth it, every bit of it. Just be aware of what you’re getting yourself into and then dive right in!