Opinion: How Yamaha made the Tenere 700 famous

Letting Pol Tarrés loose on the Tenere 700 has been a genius marketing move by Yamaha. 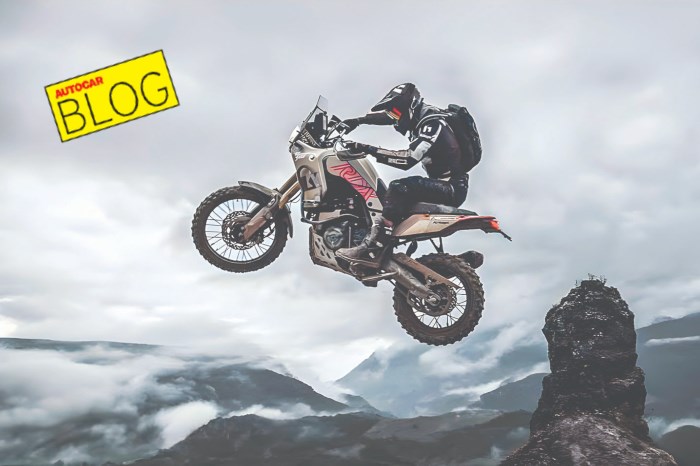 The term influencer means many things to many people. I like to think of it in the literal sense of the word – the more someone influences me into wanting to do or buy something, the more of an influencer I think they are. So in my mind, Yamaha has struck influencer marketing gold in the form of Spanish motorcycling genius Pol Tarrés.

Tarrés was a relatively unknown name outside of the enduro racing world, but that changed in 2020. Over the last couple of years three YouTube mini films have been unleashed that featured him doing some absolutely unbelievable things with the Yamaha Tenere 700. We’ve all marvelled at the amazing things Chris Birch does with big KTM ADVs, but Tarrés took it to another level. What made it so incredible was that he was pulling off these sort of brain-melting, death-defying enduro moves on a 200-plus kilo ADV instead of the usual featherweight enduro bike. It was badass, awe-inspiring and the world had never seen anything like it.

Each film took the crazy quotient even higher with Tarrés riding the T7 to places no automobile should logically be able to get to. Clearly, the man is on a mission to shatter the limits of what’s possible, which explains the most recent film featuring him – Terrible 7. This time around, he literally rode up the side of Mercedario mountain in the Andes to a height of 6,157.5 metres, setting a world record for a twin-cylinder motorcycle. It was so strenuous in the high altitude over the completely loose surface that the water bladder in his hydration pack had to be replaced with an oxygen cylinder.

However, what truly cements Tarrés as one of my personal all-time motorcycling greats is that he just completed the Erzberg Rodeo on the Yamaha T7. This annual 35.2km hard enduro race is so difficult that of the 1,500 entrants only 500 qualified – and of those, only EIGHT (!) of the world’s top enduro riders managed to complete all 27 checkpoints within the allocated four hours.

The rest of the riders are ranked based on how far they got, and in a field almost entirely composed of 300cc, 2-stroke machines that weigh about 100kg, Tarres rode his Tenere to a 77th place out of 500. There are plenty of videos on YouTube, including a near 2-hour POV film shot from Tarrés’ helmet that showcase just how mental this race is.

Beyond his god-like skill, the other overarching factor is that the bike has made it through all this abuse, despite never having been designed to perform in such extreme conditions. Of course, it has modified suspension, wheels, tyres and such to be able to take the violence. Still, the engine and chassis are almost completely stock, which goes to show just how tough this otherwise relatively simple and affordable ADV truly is.

The films are beautifully put together with a bit of a storyline woven in and they send you on an emotional roller coaster of joy, elation, fear, disbelief and everything in between. They desperately make me want to be a better rider, and above all else, they make me want a Yamaha Tenere 700 so frikkin’ bad! If that isn’t influencing, I don’t know what is.