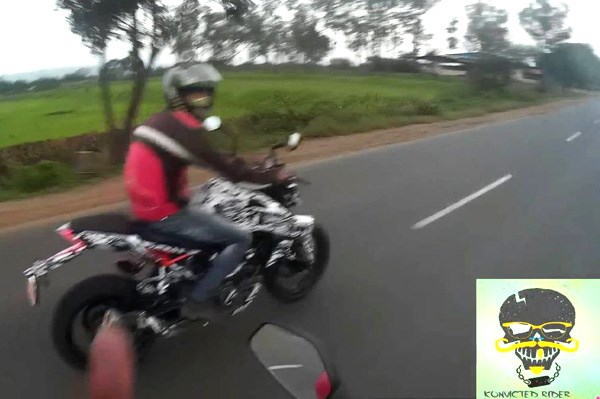 KTM has always had a winner in their Duke 390, an exceptional value-for-money bike that hits the sweet spot in terms of heady performance at an affordable price point. The advantage has kept it pretty much unmatched since the bike was launched a few years ago. The firm is confirmed to be working on an upgrade of the well-received bike, with the new model slated for entry into worldwide markets starting 2017. Extensive testing for the new bike has now begun in earnest, test examples of the bike being spotted in India, where the new Duke has taken to the roads just weeks prior to an expected debut at the EICMA show to be held in Milan, this November.

The new-generation Duke is likely to feature substantial styling changes, with a new headlamp unit, larger fuel tank, tweaks to the chassis and a revised instrument cluster and switchgear. A larger fuel-tank should provide the motorcycle with additional useable range, thereby fixing a common irritant for Duke owners. The new design is expected to resemble the 1290 Super Duke R available in international markets, and this Duke can be safely expected to retain its sharp, sporty identity and DNA, as is a KTM bike hallmark.

Mechanically, the Duke is Likely to get an up-rated engine with power and torque figures that are bumped up. New and up-segment features that could appear on the upcoming Duke are ride-by-wire technology and enhanced cooling capability for the single-cylinder and four-stroke engine.

The smaller Duke 200 sold today may see a new 250cc motor incorporated that is currently made in India exclusively for exports. The new Duke range is expected to make its Indian debut sometime early next year, bang in time for a head-on duel with rival upstart, the BMW-TVS made G 310 R, that’s also on its way to Indian streets around the same period.