Duke range to get cosmetic makeover; will be BS-IV compliant; 390 to get ride-by-wire technology. 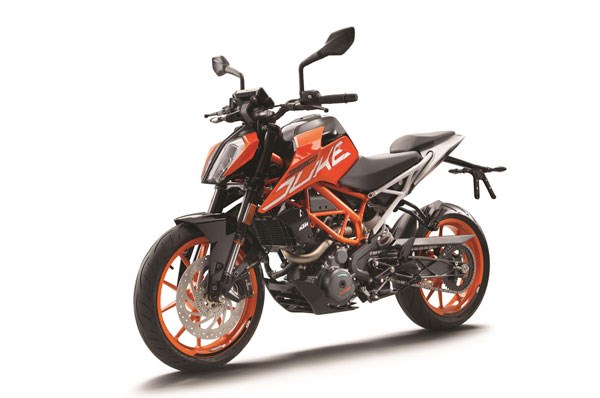 KTM is set to launch the new 2017 Dukes in India on February 23, 2017. As with its RC siblings, the updated Duke range will become BS-IV compliant, though, it will feature more comprehensive cosmetic changes than its faired siblings.

For 2017, the 390 Duke’s design has been revised substantially to be sharper than before, with a larger fuel tank, and a new, LED headlight with LED running lights. The seat too has been revised, while, on the chassis front, the bike gets a new trellis frame with a bolt-on sub-frame.

On the mechanical front, the bike is set to receive the same BS-IV compliant 373.2cc engine as in the RC 390, with the underbody exhaust making way for a new side mounted canister exhaust. The front brakes are also set to be upgraded to a 320mm disc. The bike is also set to get ride-by-wire technology. For 2017, the 390 Duke will continue to offer dual channel ABS and a slipper clutch.

The 200 Duke for India is expected to receive less substantial updates, with major changes coming down to cosmetic revisions and an engine updated to conform to BS-IV emission standards.

The launch of the 2017 Dukes comes a few weeks after the launch of its faired siblings, the RC200 and the RC390.