KTM Orange Day back in Mumbai 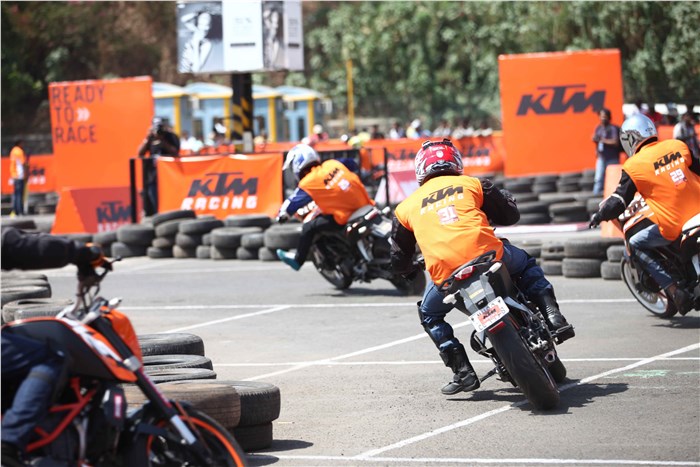 KTM’s Orange Days have been a hit since inception, where a large turnover, loud music and festival like atmosphere does the trick to make this racing event a crowd puller time and again.

KTM’s Orange Day returns to Mumbai on October 27, 2013, at the Malad East Inorbit Mall location. KTM 200 and 390 Duke owners will get a chance to unleash their motorcycles in a safe, controlled environment as they take their bikes to the limit and compete with their contemporaries. KTM has also set up a service camp for its bikes, as well as Power Wear and Power Parts stalls.

Like most Orange Days, KTM will also display its 1190 RC8-R superbike and 350 SX-f off-road motorcycle as an added attraction in Mumbai. KTM continues to reach out to its patrons in Mumbai, Pune, Baroda, Delhi, Bangalore as well as other cities through the Orange Day events, which are fast becoming a success story in India.