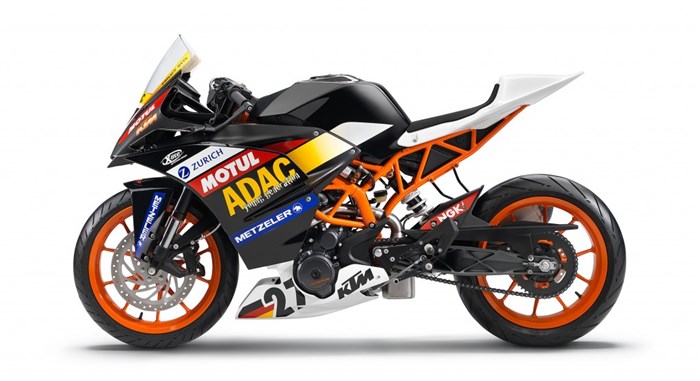 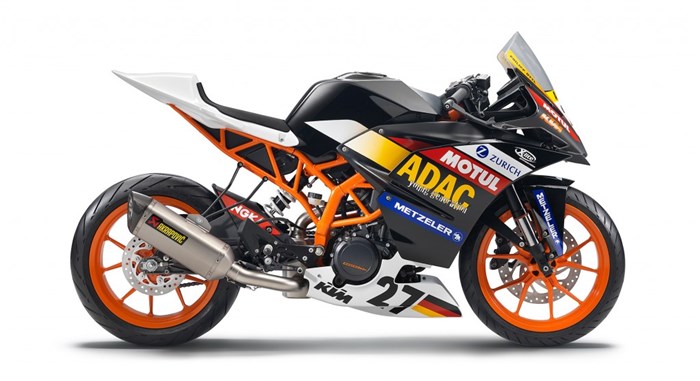 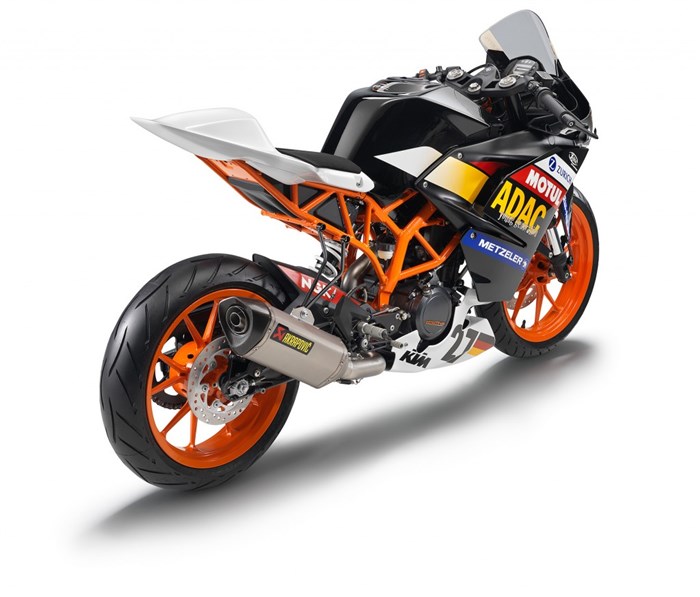 KTM continues to forge deep inroads into asphalt based motorcycle racing, with growing prowess after already having stamped its authority and proving itself at off-road racing events worldwide. The always ‘Ready To Race’ Austrian based firm has unveiled its RC390 Cup bike at the German MotoGP, held last weekend at the famous Sachsenring racing circuit. The RC390 Cup is a race bike, purpose built by KTM to take on the 2014 ADAC Junior Cup (powered by KTM) racing series. This faired-in, racing 390 Duke is built around the same basic streetbike platform, already available at Probiking showrooms across India, and paves the way for a more street-suited, also faired-in production sportsbike, which Bajaj Probiking should also bring into India later in 2014. Continue..

Aesthetically, the RC390 Cup bike shares its KTM signature bright orange wheels with the 390 Duke. The motorcycle packs in a similar four-stroke, 373.2cc, single-cylinder and liquid-cooled engine as 390 Duke, with power output kept to around 38bhp, to match the race series regulations.

KTM’s road going, faired-in 390 will be derived from the RC390 Cup bike and is expected to sport a similar sporty profile, with the same aggressive angular lines and compact dimensions.