Kawasaki also officially launched the KLX 110 alongside the Versys 650. 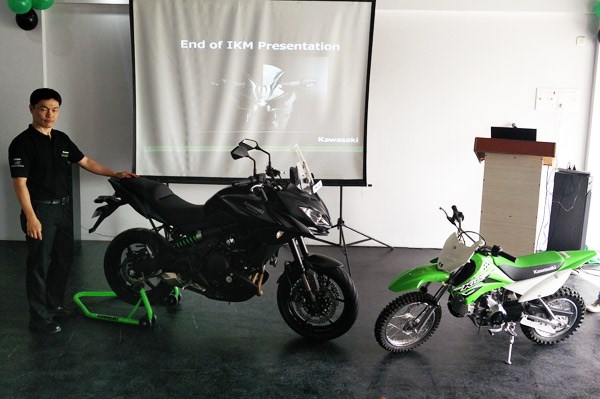 Kawasaki has just launched the Versys 650 priced at Rs 6.60 lakh (ex-showroom, Delhi). At the same time, Kawasaki also launched the KLX 110, which is an off-road motorcycle meant for children.

The Versys 650 looks nearly identical to its larger sibling, the Versys 1000. It's made quite touring friendly, with a long travel, upside down suspension system on the front, sporty 17-inch wheels, and an upright seating position. It has a 649cc, parallel-twin, four-stroke, liquid-cooled fuel-injected engine. The engine has a four valve per cylinder layout and houses dual overhead camshafts. It produces 68.4bhp of power at 8,500rpm and peak torque of 6.5kgm at 7,500rpm.