Kawasaki Ninja ZX-4R in the works? 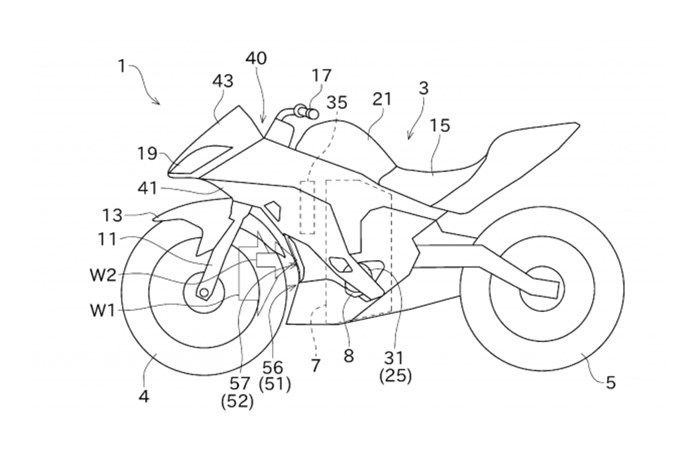 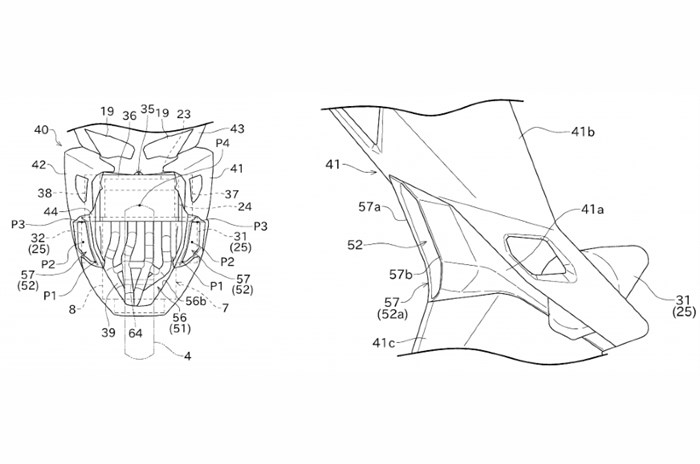 Kawasaki is rumored to be developing the new Ninja ZX-4R. These rumors are based on a theory by Japanese publication, Young Machine, following a patent filed by Kawasaki.

What has led to the speculation about a Ninja ZX-4R?

The patent images reveal a motorcycle with a fairing that looks similar to the Kawasaki Ninja ZX-25R. Sold in select markets such as Japan and Indonesia, this quarter-litre motorcycle is powered by an inline-four engine that revs to 17,000rpm.

The patent states that the air ducts in the fairing, in addition to the liquid-cooling system are required to efficiently cool such a high-revving engine. The motorcycle in the patent drawings has a similar duct but what's interesting is the text in the patent file that says, "the present invention can be more preferably applied to a vehicle having a four-cylinder 400cc engine."

What does this mean?

The point to note is that the patent doesn't make any mention of a 250cc motorcycle.

This leads to speculation that Kawasaki may be working on a Ninja ZX-4R. It could also be that Kawasaki originally intended to develop a 400cc motorcycle on the platform and adapted the 250cc engine to it.

Considering that the ZX-25R could be too small and too expensive in markets such as Europe or the US, a 400cc, inline-four powered motorcycle could be a more ideal fit. Whether it'll replace the Ninja 400 or be positioned above it, is yet to be seen.

Nevertheless, the prospect of a 400cc sportbike with a high-revving engine and agile chassis for the road and track is quite interesting.

What Kawasaki actually intends to do, remains to be seen. But, if the Ninja ZX-4R does see the light of day, expect it to happen in the coming year or two. However, the chances of the Ninja ZX-4R or even the Ninja ZX-25R making it to India are bleak.