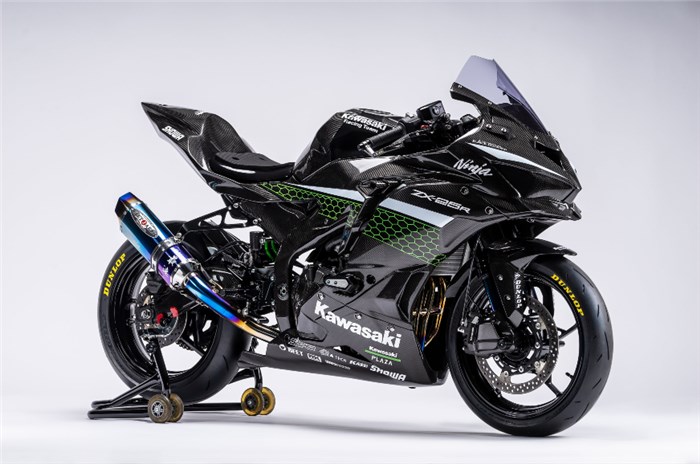 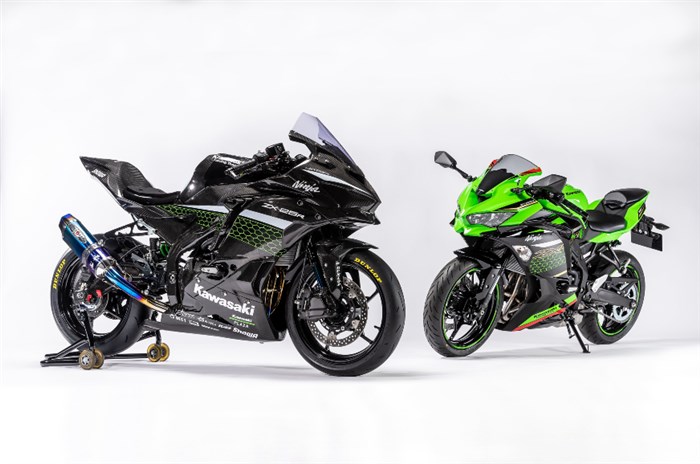 The bike has fairings made out of carbon-fibre, sportier suspension and more.

Kawasaki recently revealed a track-only version of the Kawasaki Ninja ZX-25R, a motorcycle that has been getting enthusiasts around the world excited even in standard form. This race-ready supersport uses a massive amount of carbon-fibre fairing and other upgraded components to make it even more track-focused, and rightly so, because it is going to be used to compete in a Japanese one-make series in 2021.

The biggest change comes in form of the use of lightweight carbon-fibre, it’s everywhere. The entire fairing is made out of it and structural parts, like the frame and swingarm, have also been covered in what appears to be carbon-fibre-like decal. Since it is a track-only machine, ‘unnecessary’ components that add weight, like headlight and rear fender, have been done away with.

This ZX-25R also uses a sportier Showa suspension setup at both ends and Dunlop race-spec tyres. The bike has also ditched its underbelly exhaust setup for a side-mounted free-flowing aftermarket unit. Other changes include rearsets, crash protection and a carbon-fibre cooling duct for the front brake caliper.

Kawasaki hasn’t revealed the specifications, but we do expect very impressive numbers, given the motor that it's equipped with. We are still awaiting official figures, but a recent video of the bike being pushed on the track showed it going up to the 17,000rpm mark, hinting at excellent performance from the 249cc, inline-four-cylinder engine.