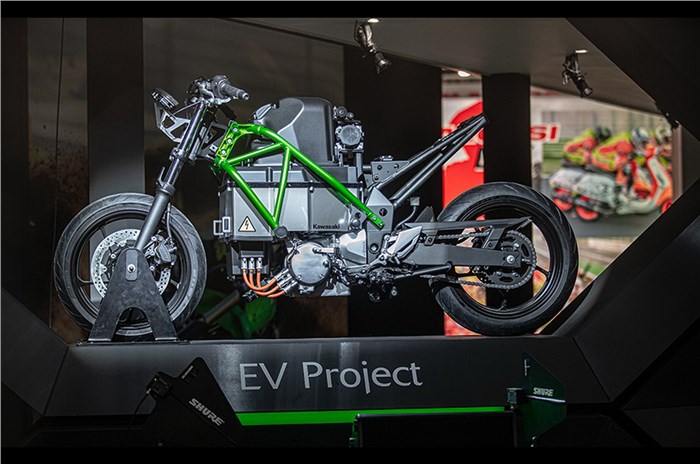 Kawasaki had showcased the Endeavour electric motorcycle last year, which could possibly see the application of this tech.

Kawasaki has trademarked the name E-boost, possibly for a future model or a technology that will feature in an upcoming motorcycle.

Kawasaki E-boost: what could it be?

The term Kawasaki E-boost could possibly be the name of the company's line of electric vehicles or a hybrid motorcycle. Over the past few years, Kawasaki has been working on such future models and in fact showcased the Endeavour electric motorcycle prototype in 2020.The company has also been busy filing patent applications for its upcoming electric/hybrid motorcycle.

The hybrid motorcycle, particularly, is an interesting concept; think of it as having a system similar to what you see in cars like the Toyota Camry Hybrid. The video released by Kawasaki shows an application of a hybrid motorcyclewhere the rider can switch to full EV mode in the city, possibly by pressing an E-boost button, and switch back to the petrol-powered engine while out on the highway, where more performance is required.

There have also been patent applications in the past where Kawasaki has shown its take on full-electric motorcycles. You can read more about it here.

Kawasaki E-boost: when is it expected to hit the market?

The Kawasaki E-boost should debut in an upcoming vehicle soon. The company has been working on future motorcycles for a while now, and trademark filings bring the final product one step closer to seeing the light of day. Stay tuned for more.