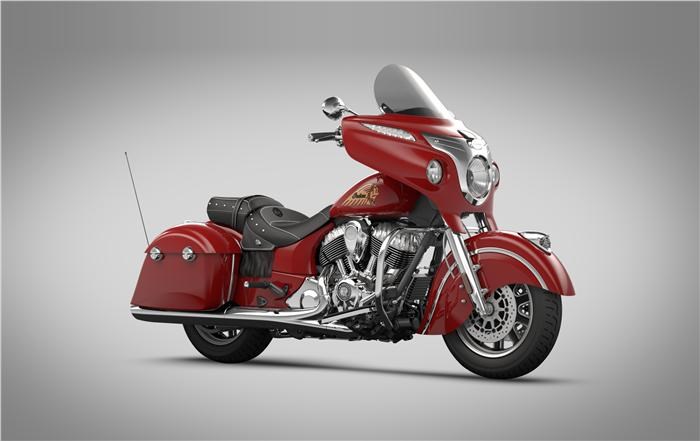 Indian Motorcycle to open its first dealership in Gurgaon on May 7th.

Indian Motorcycle is all set to inaugurate its first showroom in Gurgaon on May 7th this year. The American motorbike maker will be showcasing three of its bikes at the new dealership, brought to India as completely built units (CBUs).

Bikes on display will include the Indian Chief Classic priced at Rs 26.5 lakh (ex-showroom, Delhi). The Indian Chief Classic comes with ABS, cruise control and keyless start at standard. The second bike on display will be the Indian Chief Vintage (Rs 29.5 lakh), which in addition to the aforementioned features, gets leather saddle bags and a quick-release windshield. Priced at Rs 33 lakh, the range-topping Chieftian is clearly the most attention-grabbing because of its curvaceous fairing and hard saddle bags. This model also gets tyre-pressure monitoring and even 100W speakers that can stream music from a smartphone.

The three Indian Motorcycles are built around Indian’s new Thunder Stroke 111 engine, where ‘111’ refers to engine capacity in cubic inches, equating to 1811cc. This fuel-injected engine can produce 14.1kgm of torque and 2600 rpm.

The new engine apart, these motorcycles replicate the Indians of the past, with tonnes of chrome, studded seats and the traditional flowing rear fender. The three bikes do, however, differ slightly on styling and equipment.

Soon after the first dealership in Gurgaon, Indian Motorcycles is slated to open its second showroom in Bangalore in the coming months. The showrooms will, apart from the bikes, also showcase merchandise and accessories. Customization will also be introduced in India in a phased manner.