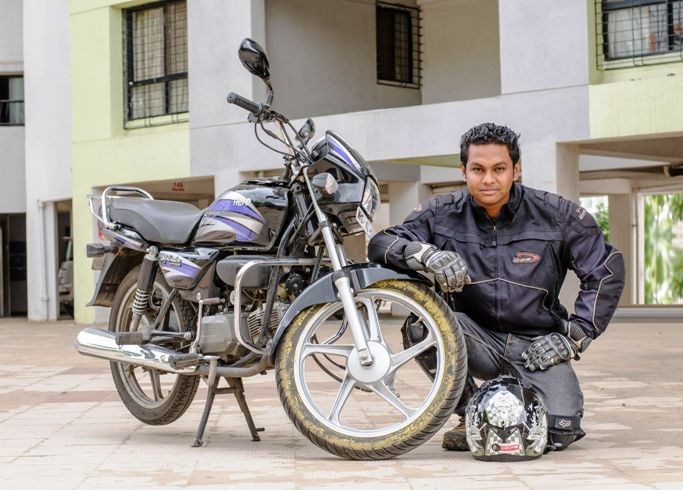 Saddle Sore is a challenging ride certified by a US-based endurance motorcycling organisation, the Iron Butt Association (IBA). To be recognised in the competition, a rider has to complete atleast 1,610km within 24 hours.

Devjeet Saha set a record by completing this challenge on a Hero MotoCorp Splendor Pro, a 97cc motorcycle. Saha has attempted the Saddle Sore challenge earlier too, but it was always on bikes over 150cc.

He said, “I wasn’t too sure if I’d be able to complete this attempt successfully, as it has always been believed that a 100cc motorcycle is not made for record attempts like these. People assume that the engine is not powerful enough, and will not be able to take the strain. I simply wanted to bust this myth and I’m glad I could do so. This has been my toughest Iron Butt attempt so far.”

To complete his newest record, Saha chose the Pune-Bangalore highway via the NH4. He started the ride on April 9 and reached his destination the next day, in just under 24 hours.
Within 24 hours, he had covered a distance of 1,628km.

Earlier, Saha has completed the Saddle sore challenge on a Hero Passion Xpro and a Hero Impulse. He has also received the title of Bun Burner from the Iron Butt Association, having completed 2,400km within 36 hours on his Hero Karizma.