India Bike Week 2017 to be held in November 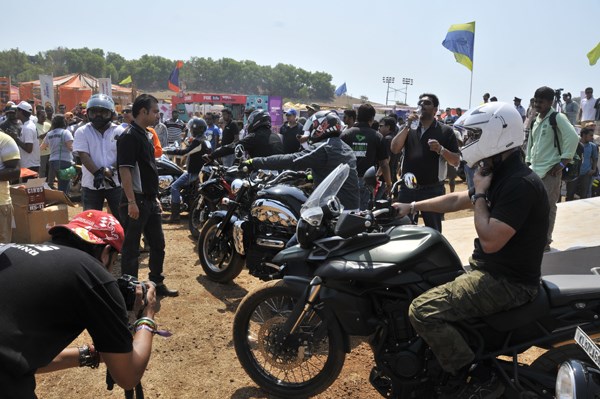 The fifth iteration of India Bike Week will return to Goa in November this year, boasting a bigger set-up than ever before.

India Bike Week (IBW) is one of the biggest motorcycling events in India, a multiple-day fest in Goa that celebrates motorcycling culture and all that comes with it. IBW 2017, to be held on November 24-25, claims to be bigger than ever before.

IBW 2017 will have the usual set of activities and events including its popular Mod Bike Displays, Biker Build Off competition, IBW Strong Man and Woman of Biking competition, Mega Moto Vlogger Meet Up and Flat Track Racing. Apart from that, the organisers of IBW 2017 will also introduce new events such as an ‘Innovation Class’ of India-built biking tech, a film festival and a Biker Mart and Expo. Leslie Porterfield, one of the fastest women on two wheels out there and holder of three land speed records, will be gracing IBW 2017 with her presence.

Tickets for IBW 2017 are priced at Rs 1,750 a ticket for both days (including taxes) and will be available on indiabikeweek.in from September 21, 2017, onwards.