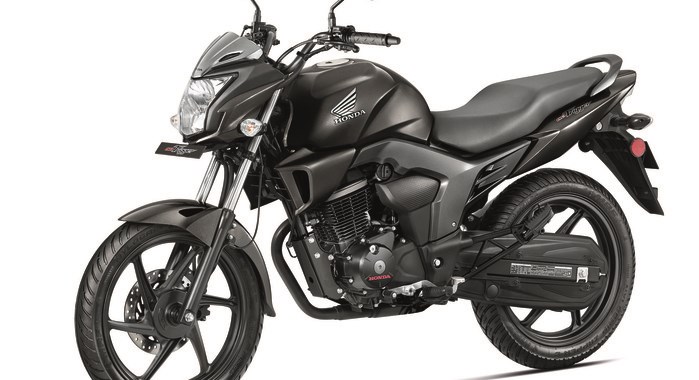 Honda is developing a 160cc-engined motorcycle

In another effort to gain market traction in the premium commuter segment (150-180cc), Honda Motorcycle & Scooter India (HMSI) is developing a 160cc-engined motorcycle and plans to launch the model in the second quarter (July-September 2014) of the ongoing fiscal year.According to our sister publication Autocar Professional's sources associated with the project, HMSI aims to reposition itself in the premium commuter segment with the upcoming bike. At present, the CB Unicorn stands as the sole successful model in this segment in the local market.

Honda’s premium commuter portfolio currently includes the 149.1cc CB Unicorn and CB Trigger, given that the faired CBR150R has a different positioning. Another 150cc model, the CB Unicorn Dazzler, initially displayed at the Auto Expo 2010 and launched later that year, has now been discontinued. While Honda added the CB Trigger to its stable in mid-2013, the model, however, has failed to deliver in terms of big numbers. The upcoming premium commuter bike will be powered by a slightly more powerful single-cylinder, 160cc, four-stroke engine and will be sportier than HMSI’s existing 150cc models. A source, who is aware of the project, said: “Honda has been largely struggling in the 150cc segment for a very long time; it has taken sizeable gaps in updating the existing model(s) as well as introducing a new model, and the latest was the CB Trigger last year.

The upcoming 160cc bike would be another shot at the segment by Honda, which is following a mandate of pushing the sales of its bikes in India. The new bike will be an attractive package of technology and design without compromising on the core strength of fuel efficiency.” Honda's premium commuter bike will be pitted against the segment’s top sellers – Bajaj’s Pulsar 150 DTS-i and Yamaha’s FZ-S and FZ-16. The two-wheeler manufacturer also plans to add another model to its Dream commuter bike series, which currently comprises of the 109cc Dream Yuga and Dream Neo. On the back of two new bike launches planned for this year, the company, at its recently held 13th annual business meet in Japan, had announced its ambitious sales target of 45 lakh units for 2014-15.