The faired CBR650F sportsbike will be here by March 2015 and will be assembled in India and the 160cc offering will come by year-end. 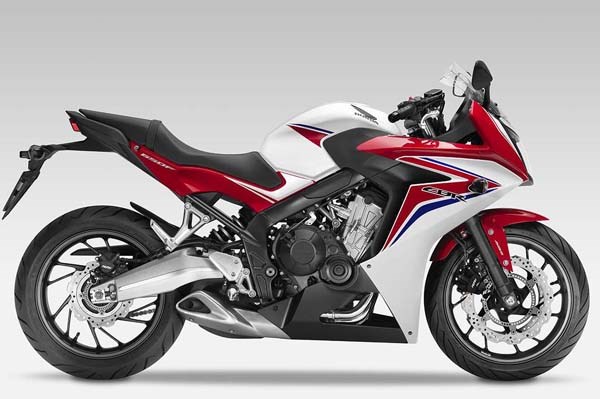 Honda Motorcycle & Scooter India is set to launch its much awaited new 160cc motorcycle for India around the year end. While little else is known about the bike at the moment, currently, Honda’s 150cc bike portfolio in India consists of the CB Unicorn and the CB Trigger, both premium commuter bikes that haven’t achieved as much success in the segment as Honda would like them to. Apart from this, Honda also offers its more niche market, fully-faired CBR150R. Expect the upcoming 160cc bike to be a premium commuter bike, along the lines of the Suzuki Gixxer and Yamaha FZ series bikes.

Honda is also working towards bringing in its fully faired CBR650F sportbike by around March 2015, assembled in india and coming into the country as a CKD import.

Honda’s CBR650F is powered by a four-stroke, 649cc, in-line four-cylinder, fuel-injected engine capped by a four-valve per cylinder head. The CBR650F engine is tuned to deliver improved low-to-midrange torque. Maximum power rating is 87bhp at 11,000rpm, while the upcoming CBR will deliver peak torque of 6.4kgm at 8,000rpm. The CBR650F will come to India with a six-speed gearbox, shifted in the 1-down, 5-up pattern. ABS brakes are expected to be a part of this potent, sporty package from the big H.

The CBR650F comes to India at a good time, given that Italian bike specialist Benelli is about to introduce a pair of in-line four-cylinder bikes - the TNT 600i and TNT 600GT - in this rapidly growing segment. The Honda CBR650F will also have to contend with more established, twin-cylinder rivals - the Kawasaki Ninja 650 and ER-6n, as well as British bike maker Triumph’s naked three-cylinder Street Triple.