Updated Africa Twin and new Adventure Sports variant to launch in 2018; new version gets larger fuel tank, among other changes. 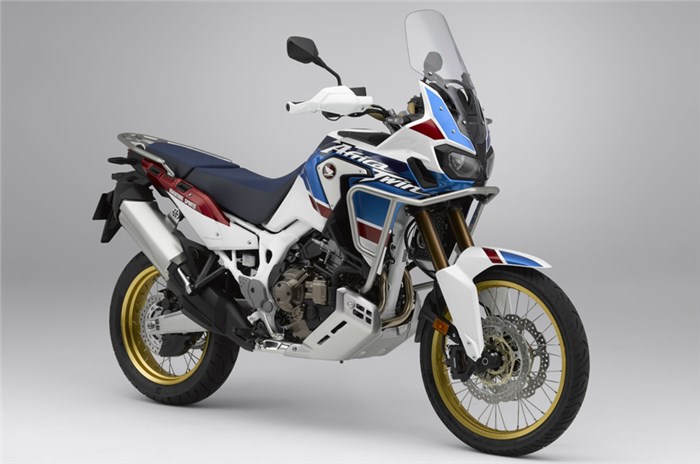 The EICMA motorcycle show saw the unveiling of an updated version of the standard Africa Twin and an all-new variant, called the Adventure Sports. We had already told you about these upcoming models in our teaser story a few days ago. Both motorcycles are expected to hit the market sometime next year.

The most desirable feature on the new variant is its larger, 24.1-litre fuel tank (compared to 18.8-litres on the standard model). This will extend the range considerably and minimise fuel stops on long journeys. This bike also has a larger fairing and a taller screen to offer more wind protection, another neat addition for adventure motorcyclists. It also comes equipped with heated grips, a 12-volt accessory socket, a larger sump guard and front light bars, as well as brushed-aluminium cowling panels, rear mudguard, and a new steel luggage rack. Lastly, the Adventure Sports model has an updated, longer-travel Showa suspension, resulting in 269mm of ground clearance, while the standard model gets 249mm.

Both Africa Twin models have Throttle-By-Wire (TBW) system and an expanded Honda Selectable Torque Control (HSTC) system. The older Africa Twin had three levels of Honda Selectable Torque Control and an option to turn it off. The new system features seven levels - from Level 1, for aggressive riding off-road to Level 7, for more control on slippery, wet tarmac. It is still possible to turn HSTC off, and there are also three levels of power and engine braking available. The 998cc, SOHC, parallel-twin engine is updated with a new air box and exhaust internals for an improved midrange response and sound quality.

Other mechanical changes include the lightened engine’s balancer-shaft weights and the water pump being housed within the clutch casing, with a thermostat integrated into the cylinder head. For 2018, the Hondas get a lighter lithium-ion battery and auto-cancelling turn indicators as well. Meanwhile, making the motorcycles more user-friendly for standing and riding are the redesigned foot pegs and the shallower-angled instruments that allow the rider to view them more clearly. Both versions are available with the automatic Dual Clutch Transmission (DCT).