Here’s all you need to know about Hero’s entry-level adventure tourer concept. 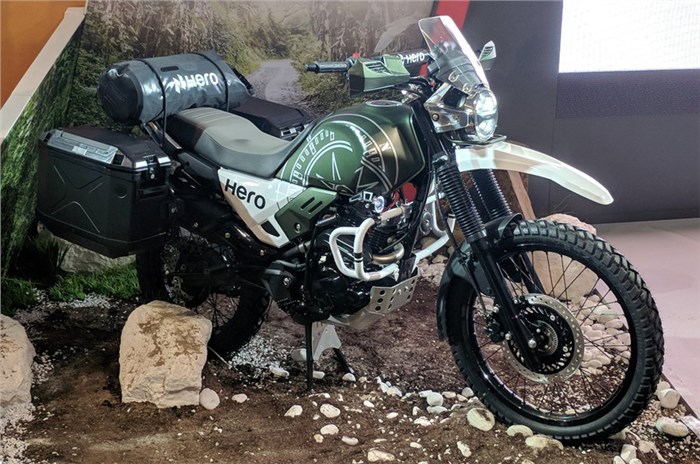 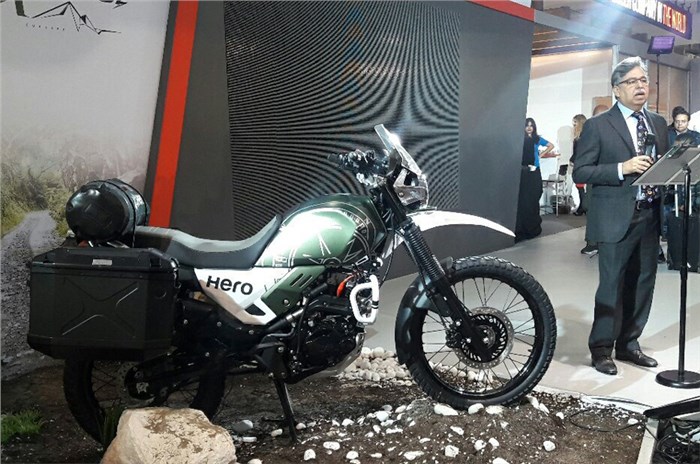 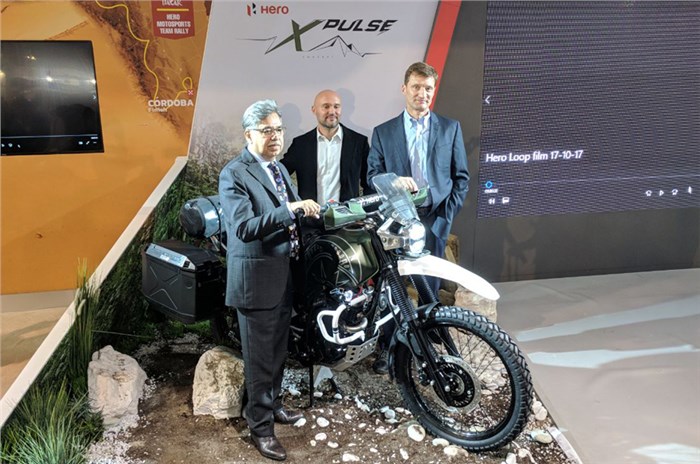 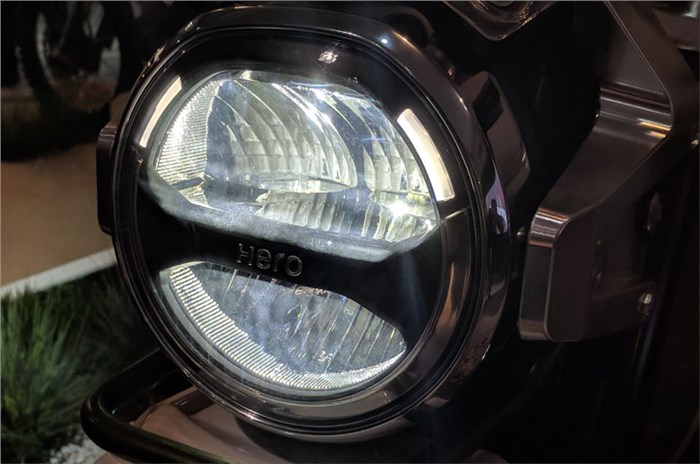 Hero MotoCorp has taken the wraps off its much-awaited Impulse replacement – the XPulse; though, for now, it is a concept. Taking the legacy of the Impulse forward, the XPulse presents a sharper focus on off-road performance, thanks to its ground clearance, off-road tyres, wind protection and an accessible seat height for its purpose.

The XPulse, as we predicted, features a larger, front wheel which, on the concept bike displayed at EICMA, is shod with a Metzeler off-road-biased tyre. It also features a long-travel conventional fork, with rubber fork gaiters, a raised front fender and a round headlight that’s complemented by a windscreen. The XPulse gets an enduro-bike-styled handlebar (with a crossbar) and hand guards, which are painted olive green.

The fuel tank, with pronounced knee recesses, features a flush-fitting fuel tank cap. The bike, true to the teaser’s suggestions, features an upright and commanding stance, with a one-piece seat that extends onto the fuel tank – an expected element on an enduro motorcycle. We believe the blacked-out engine is based on the Xtreme 200 – which is destined for production and will be revealed at the 2018 Auto Expo – and will be suitably tuned for on- and off-road application while being BS-VI compliant as well. The engine showcased in the concept is shrouded with ample protection, which comes in the form of a compact, functional-looking crash guard (in white) and a drilled underbelly bash plate.

The exhaust runs close to the right-hand side of the single-cylinder motor and ends in an upswept angle, close to the tail section. The single-downtube chassis featured on the XPulse implements a box-section swingarm and a monoshock rear suspension, as well as a smaller disc brake at the rear. This chassis proved itself in terms of frame strength at the Raid de Himalaya rally where it was run.

While the XPulse is only a concept, Hero has indicated the possibility of it being production-ready by the end of 2018. At the same time, the company has hinted at drawing inspiration from it for the future direction of its products.