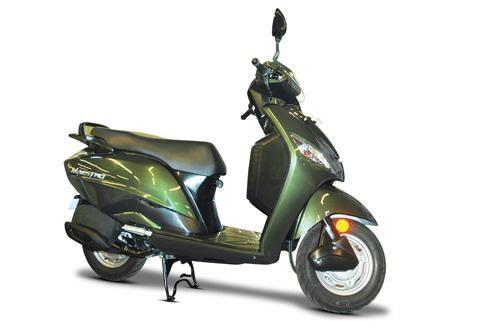 Hero MotoCorp has struck a global partnership with Italy’s Engines Engineering to augment its in-house technological and designing capabilities. Engines Engineering will partner Hero MotoCorp for the OEM’s next-generation product line-up. The Bologna-based firm will impart technological know-how in terms of superior designing for the future products to be launched by Hero MotoCorp. Engines Engineering, a 33-year old company is a leading ‘end-to-end’ motorcycle design firm offering services ranging from the conception and design stage to styling, on line assembly, and marketing. Engines Engineering also had an association with Mahindra 2-Wheelers, after it was acquired by Mahindra & Mahindra.  M&M had picked up a 70 percent stake in Engines engineering over 3 years ago. It rolled back its stake to the Italian company’s promoter Alberto Strazzari earlier this year.

According to Pawan Munjal, MD, Hero MotoCorp the alliance is ‘a long-term partnership and there is immense scope’ to expand the alliance. This latest step is in line with the company’s vision of having multiple centres of excellence located strategically across the globe.

Hero MotoCorp already has a partnership with US-based Erik Buell Racing (EBR) for technological know-how and another with Austrian engine maker AVL to build its internal capabilities for engine development. It will also set up a new R&D centre at Kukas, Rajasthan with an investment of Rs. 400 crore. The Centre will be operational by Q2 of FY ’14.

The Indian OEM is on an aggressive drive to build a range of products to replace its existing ones which were developed in association with its former joint-venture partner Honda. A strong engineering foundation will be crucial for Hero MotoCorp to compete against the crop of models from its peers. The other Indian players are also ramping up their R&D capabilities in different ways. While Bajaj Auto benefits from Austrian bike maker KTM, where it is a part owner, TVS Motor is in talks with BMW Motorrad for a possible engineering alliance.