To be eligible for the rally, participants will need to get a one-event license or an FMSCO Rally license. 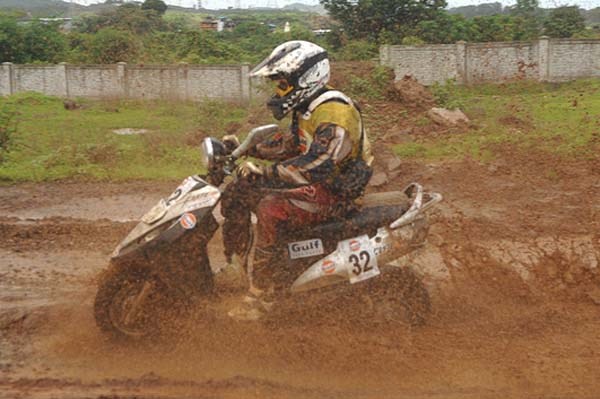 Dates for the Gulf Monsoon Scooter Rally have been announced. The rally will be held on August 8-9, 2015. Registrations for the rally have also opened and will conclude on July 31, 2015. Late entries will be accepted till August 5, 2015, but at a higher fee.

There will be three categories, namely, Class S1( 80-110cc) two-strokes, Class S2 (110-160cc) two strokes, and the Class FSG (up to 160cc) four strokes. A minimum of six and maximum of 45 entries are permitted in each category.  Organised by Sportscraft and sponsored by Gulf Oil Lubricants India Ltd, the Gulf Monsoon Scooter Rally will be officiated by the Federation of Motorsports Clubs of India (FMSCI).

For participation, one needs to apply for either a one-event license or an FMSCI Rally license. The fee for single entry is Rs 800, for a sponsored team is Rs 3,100 and for an OEM (manufacturer) is Rs 1,200. For late entrants, the entry fee (single/team entry) will cost an extra Rs 500, whereas manufactures or factory teams will be charged Rs 2,500 more.

The first 15 start positions will be for the winners of the 2013 and 2014 rallies, and FMSCI A-level seeded rally riders. Along with overall and class-wise winners, prizes will also be awarded to winners from Thane, Navi Mumbai, Mumbai, Vidarbha, Nashik, Kolhapur, Bhopal and Hyderabad. The cash prize ranges between Rs 3,000 and Rs 10,000. The best first-time rally rider will win a cash prize of
Rs 2,500.

The pre-event scrutiny and ceremonial start will take place in Mumbai, with the actual rally being held in Belapur in Navi Mumbai. The course is approximately 80km long. Route maps will be distributed among registered participants from July 31.