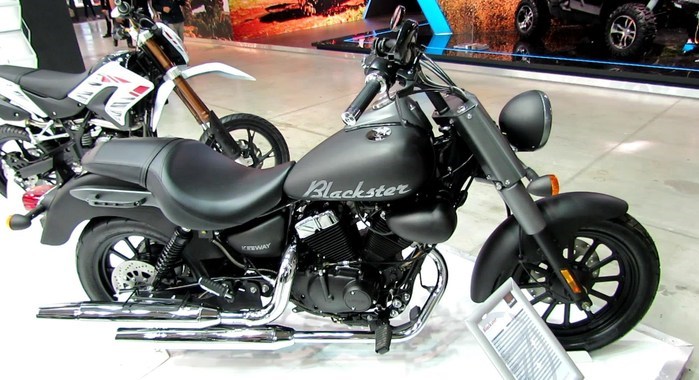 The Keeway Blackster will be launched towards the second half of 2015; might be accompanied by a street motorcycle TNT250.

DSK Motowheels only recently unveiled the five-motorcycle=strong lineup that it intends to launch in the Indian market in the first quarter of 2015. Now it has also made clear its intention of announcing two motorcycles from the Keeway brand at the same time as the launch of the Benelli motorcycles. The Keeway brand is owned by the Qianjiang Group, as is the Italian brand Benelli.

Talking exclusively to our sister publication, Autocar Professional, Shirish Kulkarni, chairman, DSK Benelli, said that they plan to bring the Keeway Blackster and another naked motorcycle called TNT250 for homologation by March-April 2015. They will roll out the two models in the second half of the year. The Blackster is cruiser which uses a 249cc, twin-cylinder, air-cooled engine. It follows a fully black paint scheme, with some bits of chrome. In the European markets, it competes against the Royal Enfield.

In the mean time, for DSK Motowheels, the immediate priority is to add assembly capacity at its Wai facility near Pune, which currently rolls out a maximum of 10 Hyosung bikes per day or up to 3,000 units per year under a single shift. The company in the process of adding another shift at the facility to cater to the demand for both – Hyosung as well as the Benelli brands in the near future. However, to upgrade its production capacity, Kulkarlni told Autocar Professional, DSK will require an investment of Rs 400 crore.