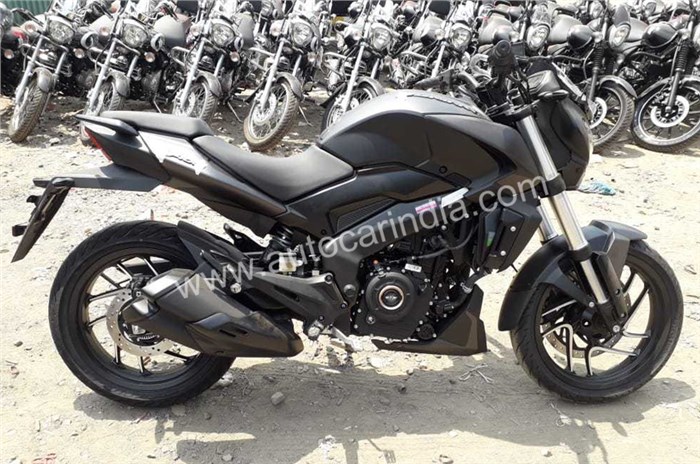 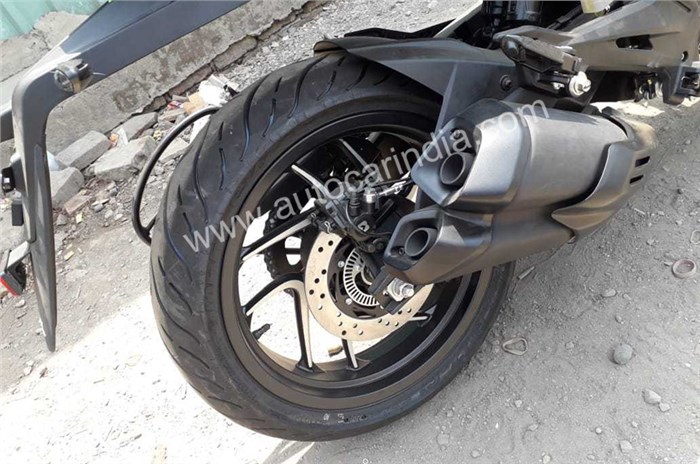 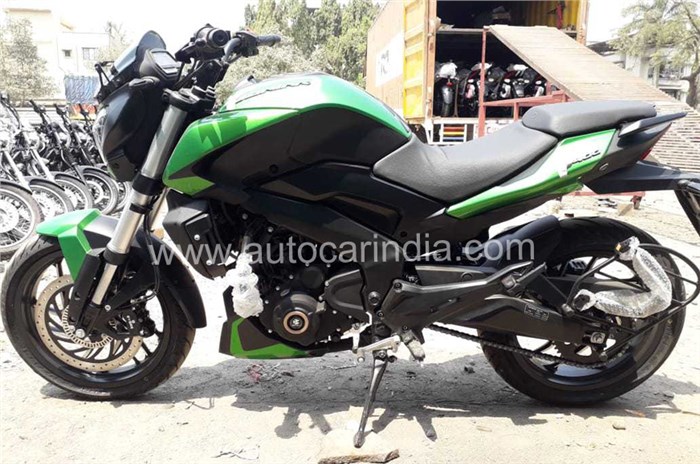 The 2019 Bajaj Dominar costs Rs 11,000 more than the older model and dealers suggest it will be available in two colour options.

Just about a month afterits reveal, dealerships across the country have started receiving the 2019 Bajaj Dominar 400 for deliveries. While Bajaj is yet to reveal prices, dealers we spoke to have mentioned that the updated Dominar will cost Rs 1.74 lakh (ex-showroom Pune) and Rs 2.16 lakh (on-road). The updates come at a reasonable hike of about Rs 11,000 over the previous-gen Dominar 400's ex-showroom price of Rs 1.63 lakh.

According to dealers, the new Dominar is available in two colour schemes – Auroral Green, and an all-black colour identical to the Rock Matte Black option on the older bike.

The bike gets substantial updates to the engine, suspension and more. It now uses a 373cc DOHC motor instead of a SOHC unit. The switch comes with a bump in power – peak power has gone up from 35hp at 8,000rpm to 40hp at 8,650rpm. Peak torque, meanwhile, remains unchanged at 35Nm but comes in at 7,000rpm – 500rpm higher than on the older bike. The other significant change is to the suspension. The conventional telescopic fork has been replaced with an upside-down unit and Bajaj has also revised themonoshock, improving the overall ride quality.

Bajaj’s flagship power-cruiser also features a revised instrument cluster. The secondary display on the tank is a more advanced unit that displays gear position, trip meters and more, while the primary display now conveys information (like mileage per litre) and warnings (like side-stand down) in text form. Also new is a twin-exit exhaust that produces a much throatier sound.

Dealers that we spoke with have told us that the 2019 Bajaj Dominar will be sold alongside the older model, but is likely to be done only until stocks last.