Honda’s flagship tourer has been overhauled styling-, performance- and tech-wise for 2018. 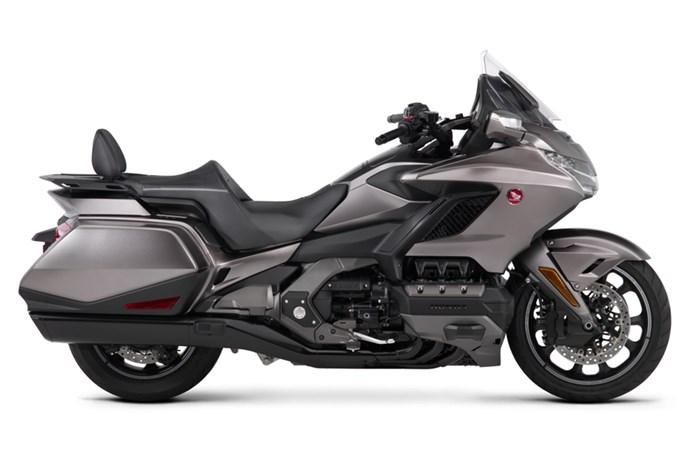 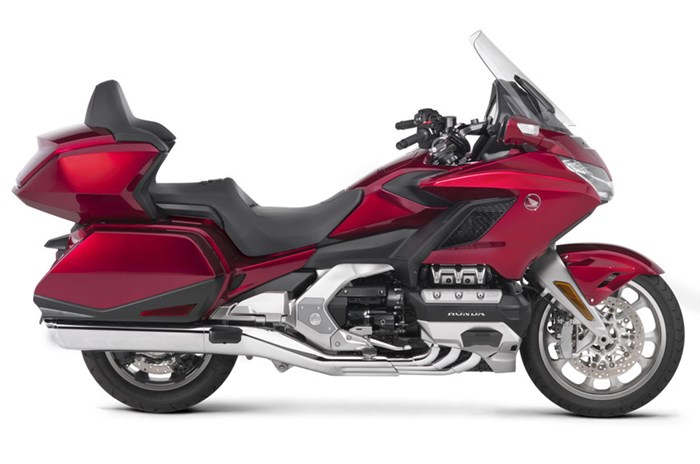 A little over a month ago, we brought you leaked pictures of the Gold Wing and gave you a launch date. The pictures and the date turned out to be correct as Honda revealed its completely reworked Gold Wing at the ongoing Tokyo motor show. The flagship tourer features a new powertrain, bodywork and frame, all of which has led to a total weight loss of around 40kg!

To begin with, the engine continues to be a liquid-cooled, horizontally opposed six-cylinder engine. However, Honda says much has been done to make it more compact, more fuel-efficient and lighter – 6.2kg lighter to be precise. The engine is also now shorter by 29mm in the front section which means Honda could place it further forward on the frame for better weight distribution. The 1,833cc engine now has four valves per cylinder and benefits from a new ride-by-wire throttle and four riding modes. Even though this engine has become smaller in size, it makes more power than the Gold Wing it replaces, at a claimed 126hp compared to 118hp. Peak torque is also up, from 166.7Nm to 169.4Nm. Other changes include a new intake system and an updated exhaust system that Honda claims produces a deeper exhaust note.

The flagship tourer can be had with either a new six-speed manual transmission or a seven-speed dual-clutch transmission (DCT). The DCT version has a ‘creep forward and back function’ while the manual one continues to use the reverse system of its predecessor.

For 2018, the Gold Wing features a new frame and a single-sided swingarm with a new pivot-area structure. Together, the frame and swingarm contribute to a 2kg weight reduction. The motorcycle uses a new double-wishbone front suspension system and Showa shock absorbers front and rear. Damping and rear spring pre-load are electronically adjustable. Brakes have been upgraded via radially mounted front calipers and larger, 320mm rotors. These brakes use electronically controlled combined ABS that works to distribute braking force to the front and rear wheels.

The new Gold Wing is an absolute tech-fest – it has four riding modes (Tour, Sport, Econ, and Rain), Honda Selectable Torque Control (HSTC), hill start assist, and a cruise control system. The Gold Wing also comes equipped with a 7-inch full colour LCD with Apple CarPlay, which connects the motorcycle to the user’s iPhone to show maps, contacts and music.

Honda says the new bodywork on the motorcycle makes it considerably more aerodynamic. It is narrower at the front and has added emphasis on mechanical parts such as the exhaust and lower section of the engine. For 2018, the tourer also features air-guiding ducts and a new electric windscreen. The new Gold Wing also uses all-LED lighting, of which the turn signals feature an auto-cancelling feature. Coming to the massive weight loss, the claimed kerb weight is 365kg for the base model, 379kg for the Tour and 383kg for the Tour with DCT. The current-gen Gold Wing weighs a claimed 421kg.

The 2018 Gold Wing will be available in international markets from February 2018. Honda sells the current-gen Gold Wing in India, so we expect the new one to arrive here sometime next year, most likely as a CBU import. Whether Honda will offer both the manual and automatic or go down the route of the Africa Twin and only offer the DCT gearbox remains to be seen. Expect it to cost a bit more than the current Gold Wing’s price of Rs 32.16 lakh (ex-showroom, Mumbai).