The Scout Sixty is the smaller sibling to the Scout and is powered by a 79hp 999cc V-Twin engine; available from July 2016. 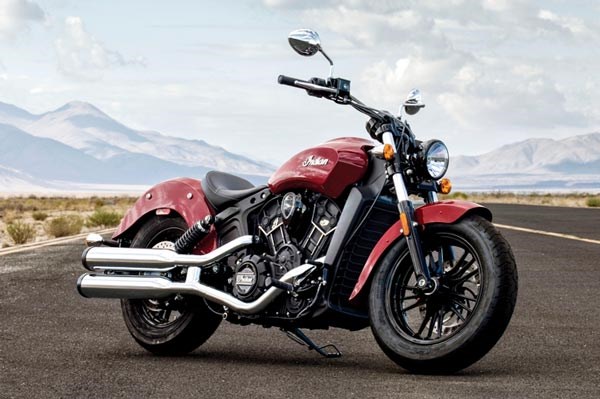 Polaris India, the Indian subsidiary of Polaris Industries, the owners of Indian Motorcycles, has launched the new Scout Sixty in India with the model expected to be the company’s most affordable offering. The Scout Sixty will sit below the current Scout in Indian’s line-up and is powered by a smaller 999cc, V-Twin engine.

The Scout Sixty shares much of its components with its larger sibling, the Scout, but with a smaller engine displacement of 999cc as against the larger bike’s 1,131cc unit. The smaller displacement results in the motor developing 79hp. The motor is paired to a five-speed gearbox.

The model will be available in three colour options and to feature over 200 customisable accessories. Accessory options will include different seats, handlebars and foot-peg relocators to help tailor-fit the bike.

“I am quite sure that the introduction of the all-new 2016 Indian Scout Sixty in the Indian market will help us grow in terms of volumes in the fast-growing luxury commuter category”, said Pankaj Dubey, managing director, Polaris India.