With the new Innova Hycross' global debut just around the corner, we take a walk down the memory lane with the Innova to see how it all began.

The Innova was Toyota’s bold step in replacing the strong selling Qualis MUV back in 2005. This was at a time when carmakers in India weren’t as frequent in replacing their models like in international markets, where a completely new car would replace its predecessor every few years.

When Toyota introduced the Innova in India, it was not a one-generation hop but a full two-generation leap ahead of the Qualis, which went on sale in India in 2000. The Qualis on sale here was the third-generation Kijang MUV and the Innova that replaced it was the fifth generation of the same vehicle, which meant Toyota skipped the fourth-gen Kijang MUV for India.

Back in June 2004, Autocar India was the first publication to obtain images of the Innova, which saw the light of day in September 2004 at a motor show in Jakarta, Indonesia. It was based on the then-new IMV (Innovative Multipurpose Vehicle) platform, which also spawned models like the Fortuner and the Hilux of the same era. The new Innova was introduced in India in early 2005, just around six months after its global unveil. 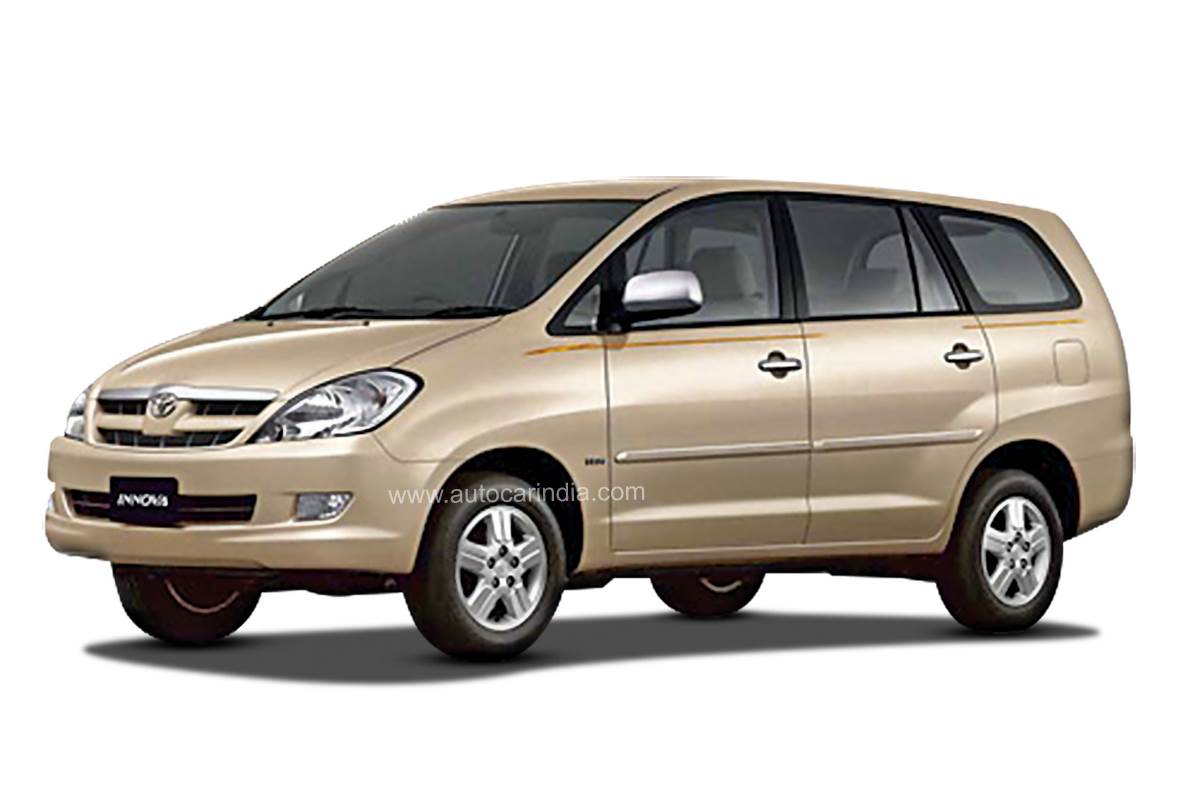 The Innova first debuted in India in 2005 in its fifth-gen guise as a successor to the Qualis MPV.

The first-gen Innova’s styling was a complete departure from that of the Qualis in India. It had a typical MPV stance, focusing more on practicality than on a rugged image. While the 2005 Innova’s styling wasn’t really radical, its design was clearly inoffensive. It took styling cues from the Corolla, Previa and other models of that era from the brand, making it look unmistakably a Toyota when viewed from any angle. The Innova’s mono-volume design with a short bonnet was aimed at maximising cabin room, and its 2,750mm wheelbase was a good 250mm more than its predecessor in India, the Qualis.

The first-gen Innova received a major styling update in 2011 as a midlife facelift.

Like the exterior, the Innova’s interior was also a complete departure, resembling the Corolla and replete with more features, lighter shades and faux wood on higher variants. All three rows had decent legroom and forward-facing seats, and for the first time, India saw captain’s chairs for the second row in a vehicle priced under Rs 15 lakh. In its first year, the Innova managed to cross the 36,000-unit sales mark and has seen nothing but a steady rise since then.

The interior of the Innova was one of the more premium ones in cars of that time.

The all-new Toyota Innova Crysta made its India debut at the 2016 Auto Expo in Delhi. It went on sale in May 2016 and had a significant price increase over the outgoing model. Engine options on the Innova Crysta included two diesels and a petrol. The 2.4-litre diesel was only available with a manual gearbox and the 2.8 diesel was only paired to a 6-speed automatic. On the other hand, the Innova Crysta petrol had both gearbox options.

Taking the baton from its successful predecessor, the new Innova Crysta managed to garner sales of more than 7,000 units in the first month, and by February 2020, it had found more than 2.7 lakh homes.                 The pre-facelift Innova Crysta also spawned a Touring Sport variant for a brief period.

Though built on the same platform as its predecessor, the Innova Crysta had a more upmarket design and was longer and wider. It also got a more well-appointed cabin, with an all-new dashboard featuring multiple trim inserts and an extensive features list. With the Innova Crysta, Toyota upped the luxury quotient by including features such as electric adjust for the front seats, leather upholstery and the works.

Like almost every other car in India, the Innova Crysta also went through a major BS6 emission upgrade. The 2.8-litre diesel was axed and Toyota introduced a 6-speed automatic on the 2.4-litre diesel, which was earlier available only with a manual gearbox.

The mid-cycle update to the Innova Crysta saw minimal changes, which were restricted to a new design for the grille and alloy wheels, and the addition of features like front parking sensors. The Innova Crysta continues in the same avatar, however, Toyota currently is not accepting bookings for the diesel version.

The current Innova was last updated with a midlife facelift in 2020.

As reported by us earlier, the next-gen Innova will see a global debut on November 21 this year, followed by its India unveil on November 25. It will be a completely new vehicle from the ground up, unlike the Innova Crysta that soldiered on with the IMV architecture.

This is the first official teaser of new Innova Hycross that Toyota released a few days ago.

Expected to be called the Innova Hycross, the new MPV will sit on a monocoque platform with a front-wheel-drive architecture, as opposed to the previous two generations of the Innova that came with an RWD ladder frame set-up. Changes are also expected under the hood, with the new Innova Hycross ditching the diesel engine in favour of a strong-hybrid petrol powerplant. What’s more, there will be a Maruti version as well, read more on that here.

What made the Toyota Innova so successful in India?

The Innova is built on the same IMV platform as the Toyota Hilux, which is considered the toughest car in the world. Hence, it could handle anything that the rough Indian roads could throw at it, without showing any signs of wear. This rugged, built-to-last nature, where the car still feels tightly screwed together after running 3,00,000km, made it the darling of the industry, including fleet operators.

Many say they have built their lives around the reliability and robust nature of this car. For private users as well, the Innova has been a proven companion not just for city commutes, but also for outstation trips, thanks to its extremely comfortable ride and practical nature. The upcoming Innova Hycross then has a lot to prove and carry forward the legacy of its predecessors.

Toyota Innova - A decade of dominance

It wil be a super and no1 MPV

It wil be a super and no1 MPV