Three Indians and a Tata Nano conquer the world, or at least half it, as they drive from London to Mongolia, all for a good cause. 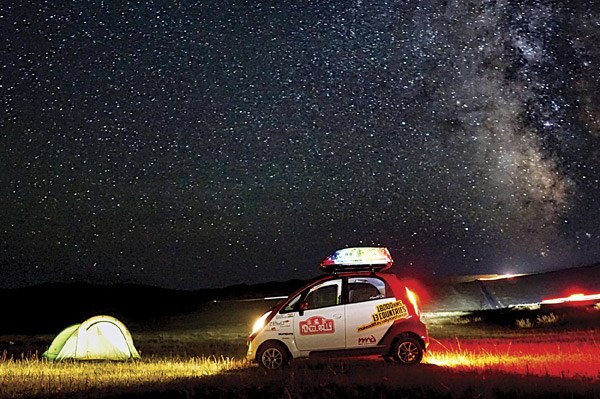 Stars will guide you home – overnight camping in Mongolia. 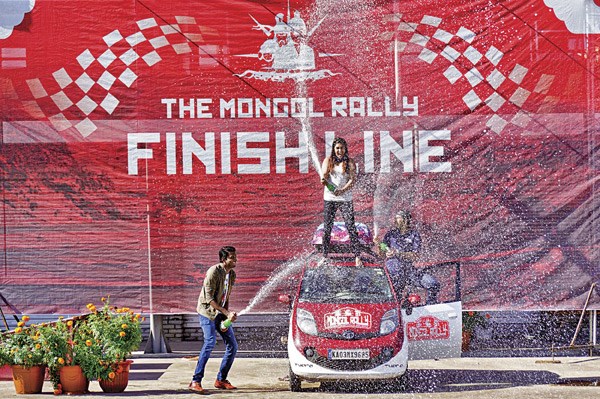 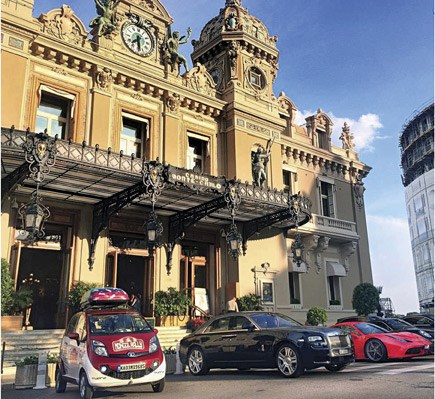 Pride of place parking outside Casino Monte Carlo next to Rolls’ and Ferraris. 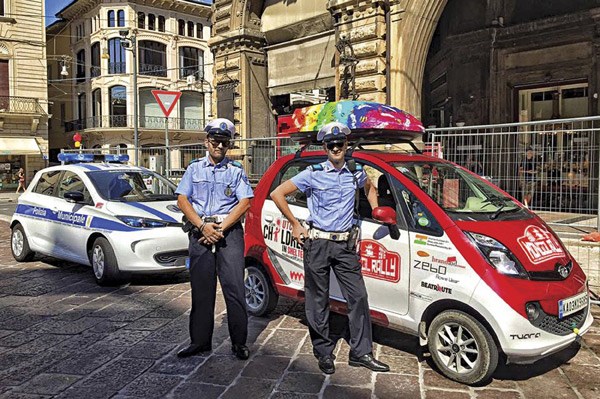 The police in Italy are fascinated by the NanoMADs’ ambition.

What happens when you bring three adventure junkies and a tiny car together? Why of course, you get a drive that spans 18,200 kilometres and 13 countries. This is the story of the NanoMADs, a trio of what-were-they-thinking Bengaluru residents who participated in one of the most curious and arduous automotive challenges out there – the Mongol Rally.

If you haven’t heard of the Mongol Rally before, here it is in a nutshell: Described as “the greatest adventure in the world”, it is a car rally that begins in London, the UK and ends in Ulan-Ude, Russia and requires its participants to follow just three simple rules: the car must be small, with an engine capacity less than a litre; you must complete the rally on your own, without any backup vehicle; and “save the world” in the process by raising a minimum of £1,000 in charity. 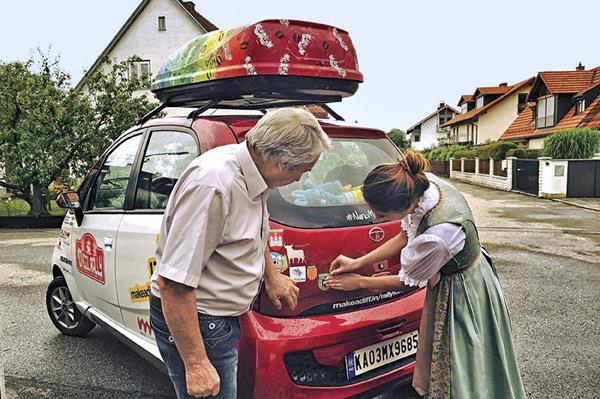 The NanoMADs comprise Bhairav Kuttaiah, Binoy John and Sunaina Pamudurthy, close friends who share an inclination for the unknown. They picked a Tata Nano, partnered with the charity Make a Difference and set off to London for what would turn out to be the adventure of a lifetime. The Nano was chosen partly because it complied with the under-1.0-litre rule and partly because of national pride – it would be the first Indian car to participate in the rally.

When Bhairav, a lawyer, recounts the ups and downs of his 48 days on the road, his eyes light up like a Christmas tree. The eccentricities began at the start line itself – the NanoMADs had forgotten to pack an air compressor, so they bartered a turban (Yes, a turban!) for one.

Since the Mongol Rally is all about finishing, and not finishing first, the NanoMADs adopted the most circuitous route to pass through as many countries as possible. From London, they drove through France, crossed Spain, traversed a whole bunch of mainland European countries, trudged through an extensive portion of Russia, cut through Mongolia and re-entered Russia to end in Ulan-Ude. 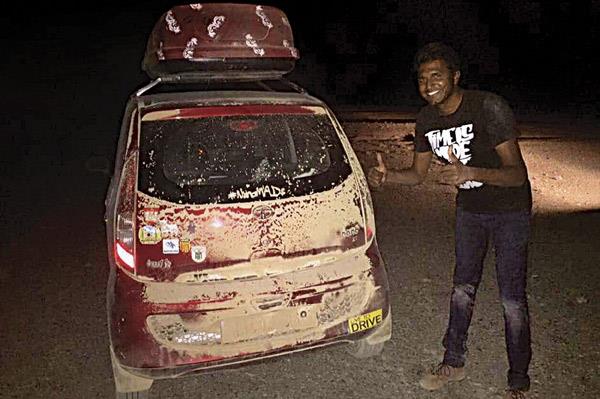 Off-roading in a Nano. Kudos to the Tata for surviving.

On the way, they parked in the most privileged parking spot outside Casino Monte Carlo next to Rolls-Royces and Ferraris, passed through Ayrton Senna’s memorial at Imola, Italy, got stuck in a river bed crossing before being rescued by locals in Mongolia, dented a rim, did some serious off-roading, got lost, found their way… you get the point.

Wherever they went, curious onlookers would stop and ask about this strange, stickered small car pottering about their towns and hamlets. Their faces would often pale in shock when the NanoMADs announced their intention to drive it beyond Mongolia.

I asked Bhairav what he expected out of the drive. “There, obviously, is the whole adventure bit,” he replied with a proud smile, “but more importantly, we wanted to raise a whole lot of money.”

The MAD in NanoMADs stands for Make a Difference, the charity Bhairav and his friends volunteered for and had partnered with for the rally. Make a Difference is a not-for-profit charitable organisation that works to improve the lives of children in street shelters and in orphanages. The three NanoMADs might have completed their drive, but are still persistently rallying for the cause. 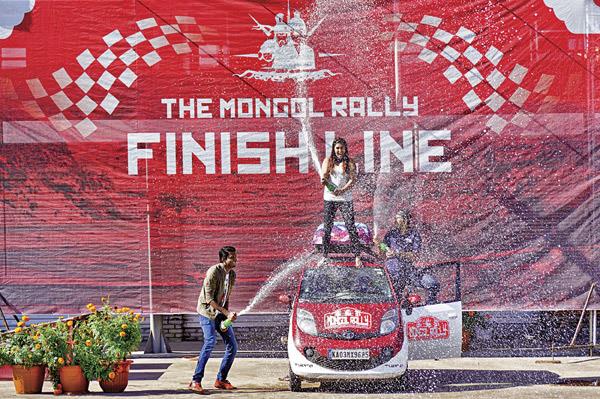 And how was it to drive the Nano? “It was great,” said Bhairav. “The Nano, despite everyone’s fears, pottered across continents pretty capably. It didn’t give us any problems, nor did it break down once. The driving itself was great too. We were on the road for long hours and a lot of days, but the way you could explore the world from behind the wheel, you just couldn’t do it any other way I suppose.”

So, if the NanoMADs have inspired you enough to get out of your comfort zone, the Mongol Rally is open to everyone as long as they follow the three rules. You can also do it on a sub-125cc two-wheeler. Go on then, adventure awaits.

You can look up the NanoMADs on Facebook, or makeadiff.in/rallyforchange