The curious case of range: How does EV range work?

How do manufacturers arrive at a claimed maximum driving range figure for their EVs? We explain the certification procedure. 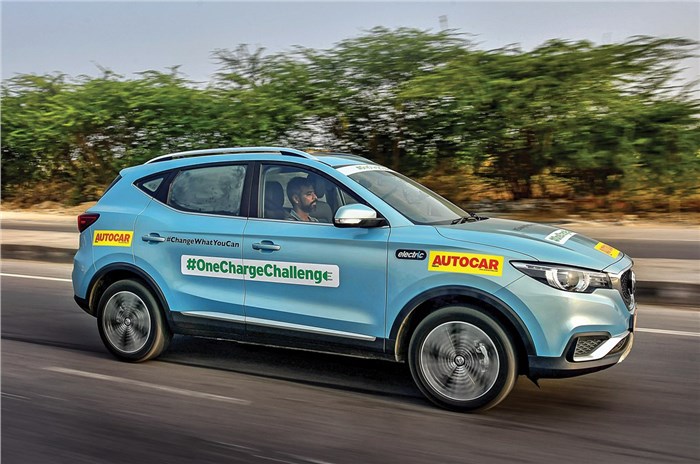 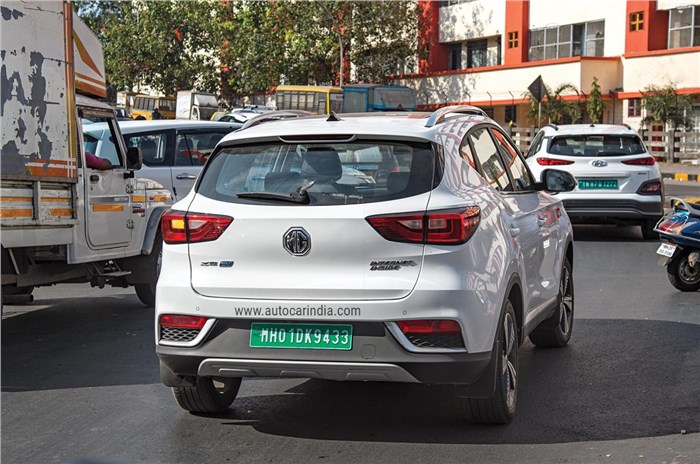 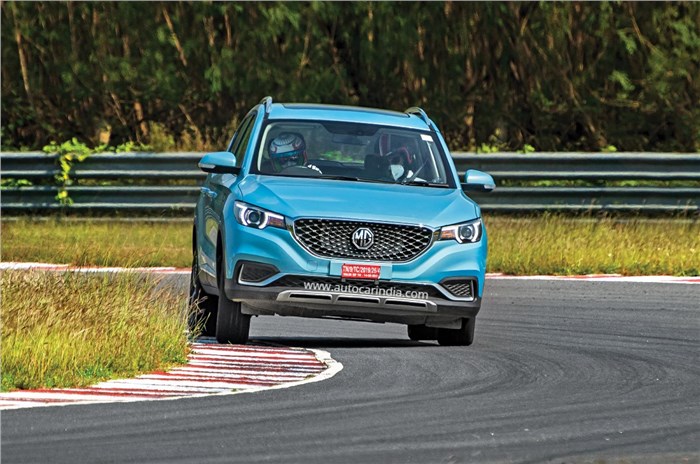 Further to the recent episode where the Delhi government suspended subsidy on the Tata Nexon EV based on user complaints about its real-world efficiency, we delve deeper into one of the most-discussed topics – driving range of EVs. More specifically, the certification process, to find out how manufacturers arrive at their published range figure and why it differs so much from what you get in the real world.

The responsibility of testing and certifying vehicles in India rests with the Automotive Research Association of India (ARAI) – a Government-recognised autonomous testing and certification agency that homologates every vehicle under its purview. Amongst all the tests it undertakes, there is the range/efficiency certification process, which is done in a lab on a ‘rolling road’, with standardised conditions strictly maintained.

Before commencing the range test, certain fixed preconditions are set. The ambient temperature is maintained between 20 and 30 degrees Celsius inside the facility, tyre pressures are set as per the manufacturer’s recommendation, all mechanical bits conform to the manufacturer’s specifications and standards, and the battery is fully charged. The EV is then mounted on a chassis dynamometer (a sophisticated rolling road or ‘dyno’) whose rolling resistance is set in accordance with the car’s ramp weight (maximum permissible weight). So, if a car’s ramp weight ranges between 1,980 and 2,100kg, the rolling resistance will be set at an equivalent of 2,040kg. During the tests, all ancillary systems except those required to drive the car are kept off, including lights, air-con and infotainment.

Curiously, for passenger EVs like the Tata Nexon EV, Hyundai Kona Electric and MG ZS EV, which belong to ‘Category M-1’ (vehicles weighing less than 3,500kg and which can accommodate eight passengers plus driver and luggage), ARAI limits its testing to Part One (urban cycle) of the Modified Indian Driving Cycle only, where their average speed is maintained at 19kph, with a max speed of 50kph.

Each vehicle goes through 22 testing cycles of 195 seconds each, and during each cycle the vehicle idles, accelerates and decelerates in a predetermined pattern. On completion of the 22 cycles, the total distance in kilometres covered by the vehicle is recorded, and the battery is put on charge with an energy measurement device placed between the main socket and the vehicle charger to measure the actual charge delivered in watt-hours.

To calculate range, the battery size is divided by the consumption to arrive at a theoretical figure, which is what’s printed and advertised by the manufacturer as the certified range.

So taking the Nexon EV, which uses a 30.2kWh battery, as an example, its consumption in ARAI’s tests is 96.8Wh per km, resulting in a 312km range, which is what is advertised by Tata.

ARAI’s standardised and stringent testing protocols enable it to generate consistent and comparable results in controlled environments, for the most ideal scenario. However, as it’s a lab-only test, there are variations to the real world.

Thus, at Autocar India, just like with ICE cars, we subject EVs to our standard city as well as highway test routes. The batteries are fully charged before the run, tyre pressures are checked, and to measure and record any untoward variation, there’s always a reference car driving along, one that we’ve already tested in the past. Drivers are swapped periodically to neutralise variations in driving patterns, average speeds are maintained, and throughout the run, the air-conditioner and the audio system are on, just like they would be during a regular commute. At the end of the run, the distance on our GPS device and the percentage of battery consumed (as displayed on the car’s MID) are recorded to calculate the real-world range.

So, if the Nexon EV has covered a total distance of 150km using 72 percent of its charge, with simple cross-multiplication, we can determine it will do 208km on a full charge. Thus, using the air-con and audio system, and over a combined cycle (city and highway), the EV’s battery energy consumption was 145Wh per km; much higher than the 96.8Wh per km ARAI achieved. The Hyundai Kona electric and the MG ZS EV showed similar gulfs in real-world consumption, but the variance was the highest in the Hyundai’s case, and the least in the MG’s case.

The final on-road range is as close as possible to what you can expect in the real world, but even this is only indicative, as EVs don’t discharge their batteries in a linear, consistent manner. Continuing with the Nexon EV’s example, it doesn’t regenerate charge between an indicated 100 and 95 percent while driving, so the depletion rate will be quickest in this zone. Similarly, in the last 15 percent of its range, it reduces available torque and switches off the air-con to minimise consumption and maximise range.

Interestingly, the discharge rate of the batteries varies from EV to EV too, hence there isn’t a right or a wrong way of measuring range and efficiency of EVs. ARAI tests them under ideal conditions to generate more consistent and comparable results, while we road test the cars and factor in variables that could affect consumption to arrive at an indicative real-world range figure. Thus, when looking at an EV’s range, it’s best to use the ARAI figure as a yardstick to compare vehicles, while the Autocar India range figure will give you a better idea of the kind of range you would actually get from any one of them. And, of course, remember, just like regular cars, EVs too will have a variation between drivers and traffic conditions, so adopt the best practices while driving, in order to extract the optimum range from your EV. 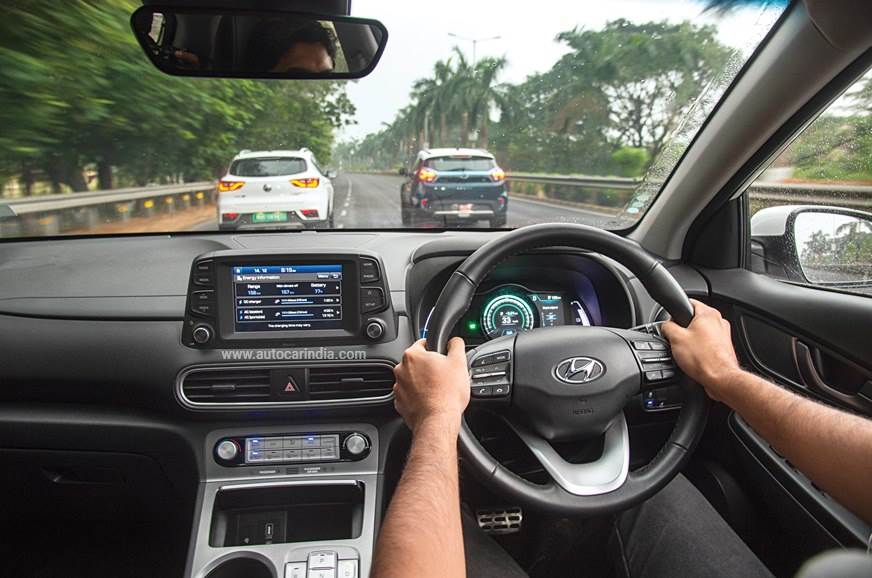 Even though the basic principle of efficient driving is same for EV and ICE vehicles, EVs are more sensitive to a heavier load on the motor. Factors like inconsistent driving patterns, namely heavy accelerator inputs, will result in higher energy consumption, as will speeding and excessive use of ancillary systems such as the air conditioner, lights and infotainment.

A handy trick is to use an EV’s smart connectivity feature to pre-cool or pre-heat the car while it is charging, so that all the car has to do when it’s running is maintain a set temperature, which uses less energy.

Given that most journeys are likely to be short hops followed by a top up when you return home, it’s best to charge the battery only to 80 percent. This way, you avoid the last 20 percent of charge that is slower and heats the cells more, potentially degrading them.

WE PUT THE 2020 MG ZS EV THROUGH DIFFERENT DRIVING SCENARIOS AND HERE’S HOW IT PERFORMED: