Slideshow: Automotive movies to watch in the lockdown

Autocar India team members list their recommended movies to stream and watch during the COVID-19 lockdown. 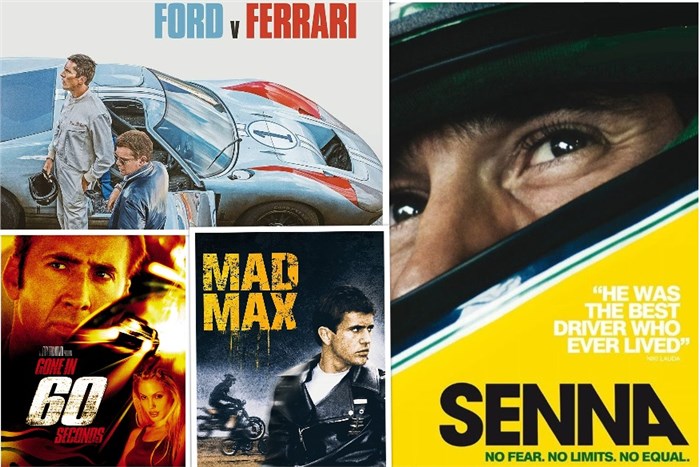 While the coronavirus scare and prevailing lockdown might seem straight out of a sci-fi movie, it’s unfortunately very real. So while we hope things go back to normal and its business as usual soon enough, we can escape from the reality of the situation we find ourselves in with a good movie. How about something with cars, bikes or racing? We’ve got a few recommendations, all of which are available for streaming or online rental. Swipe right to see our picks. 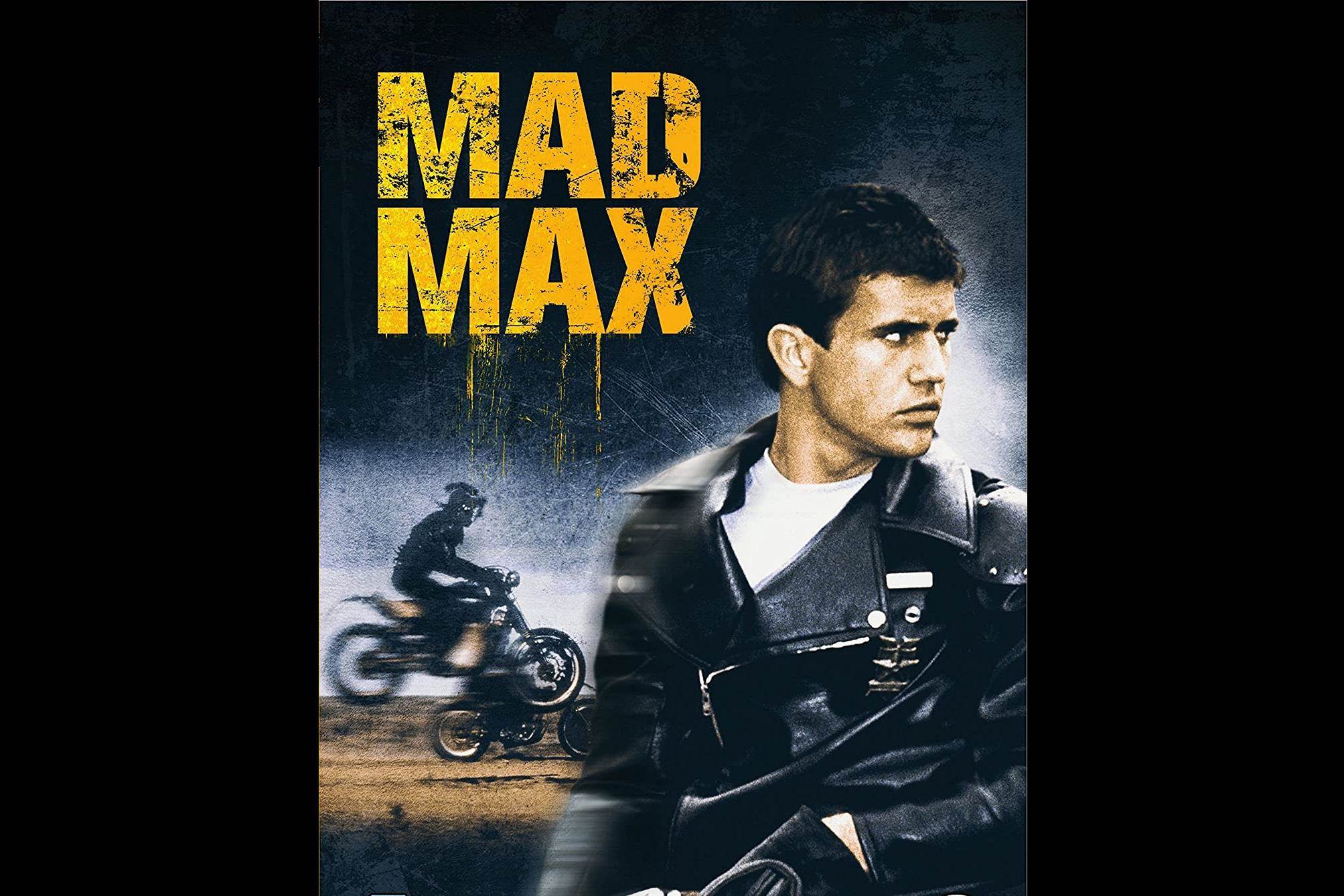 Set in Australia in a post dystopian future (something entirely believable today) the first movie of the Mad Max franchise is a trendsetter. Vengeful cop Max, played brilliantly by a young Mel Gibson, wants revenge on a biker gang that roams the highways and steals fuel, among other things. In Max's sights, the heartless leader, Toecutter – what a name!

While the plot is fascinating at a basic level, and Gibson has his moments, the real star here is the car. Basically, a heavily worked-over 70's Ford Falcon GT, tuned to take on the gang's super-bikes, the 'Pursuit Special’ just jumps off the screen. It has everything – flared wheel arches, aftermarket 'Concorde' nose, a massive 351 cubic-inch V8 engine, an insane 6-71 Weiand bus supercharger, a Nitrous Oxide injection and a claimed 600hp; all semi-believable. Even the bike scenes are superbly shot, especially, the Z1000; ah, what an exhaust note!

What you want to watch again and again are the action sequences, almost all of them real. On the Pursuit Special, the director uses bonnet-mounted cameras, both looking forward and back, which show the massive belt-driving supercharger whining away. Epic. And in the opening chase sequence, you are on the edge of your seat and really do get a sense of speed. Made on a low budget of around USD 300,000 it grossed over a 100 million at the international box office. The Pursuit Special even made a return in the 2015 Mad Max: Fury Road. Yes, in 2020, it does feel like an old movie at times and some of the conversations are a bit too stilted, but if you haven't seen it or can't remember it well enough, you can't go wrong with this cult classic.

The Art of Racing in the Rain 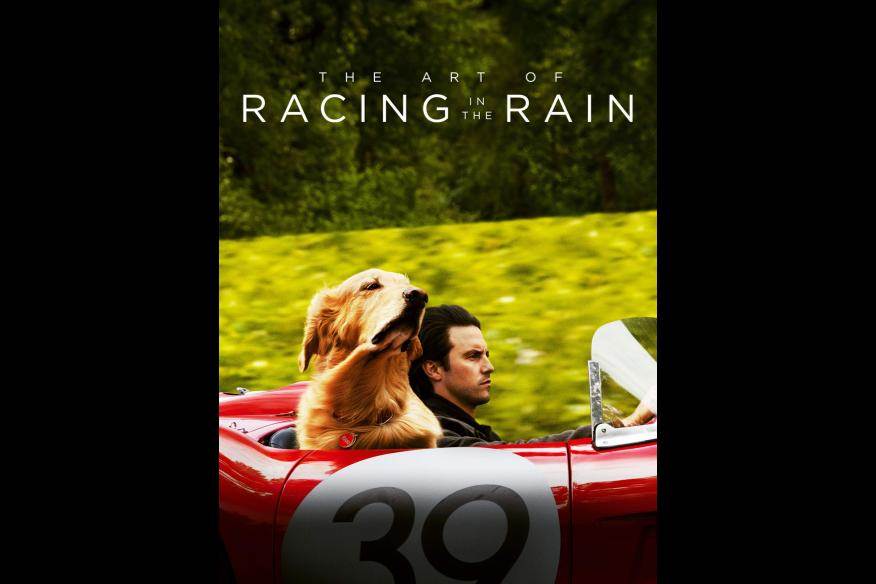 The Art of Racing in the Rain was my choice of books to read in the lockdown, and the new movie makes it to my list of movies to watch too. This is a movie for anyone who loves cars and animals. The story is told through the voice of the dog Enzo. Enzo’s owner is an aspiring Formula 1 driver, and Enzo shares his owner’s passion of watching races. The dog is quite philosophical and completely committed to his owner, having a blast, until his master falls in love and his life is turned upside down.

Dramatic twists and turns keep you entertained right till the end; and keep tissues handy because it’s a real tear-jerker too. Lots of racing, some romance, and plenty of poignant moments make this a great watch.

The Art of Racing in the Rain is available on Hotstar. 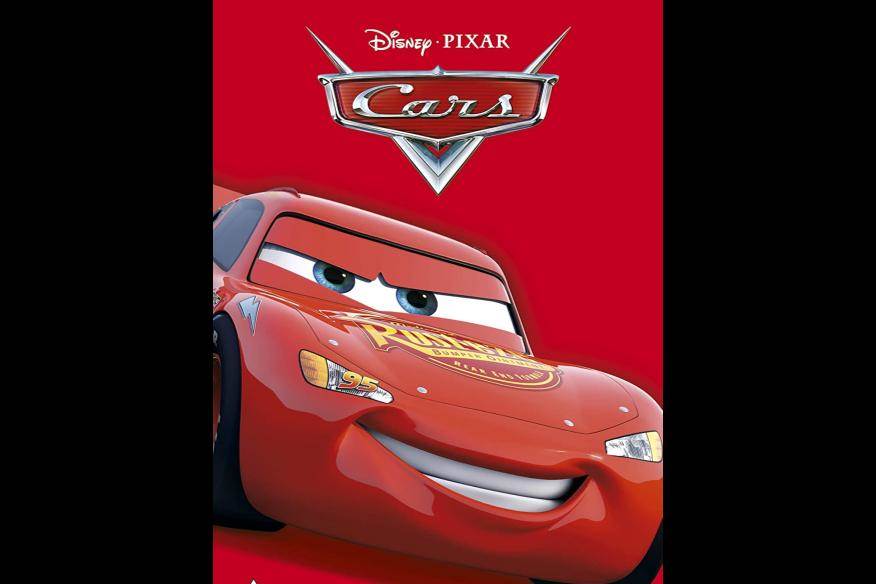 Yes, an animated film, but it’s from Pixar and that means a genuine story, a load of fun and tongue-in-cheek humour, and, of course, excellent animation. What really sets it apart for me is the excellent detail in the rendering of the cars and seeing some classics like the Fiat 500 and the Porsche 911 in animation form. The movie has a star-studded voice cast comprising Owen Wilson, Michael Keaton, Bonnie Hunt, Paul Newman, and even racing greats like Dale Earnhardt Jr., Mario Andretti, and don’t miss an end-credits cameo appearance by Michael Schumacher as a Ferrari F430. 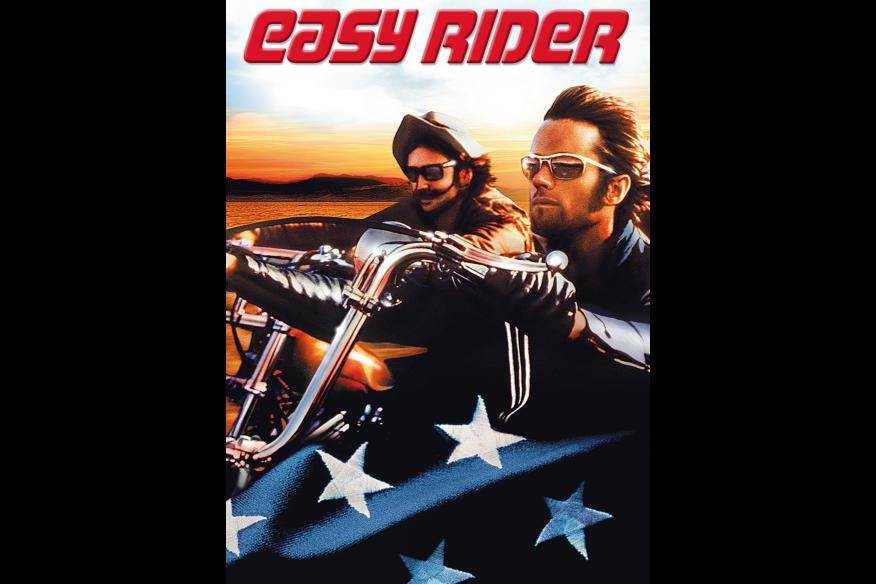 As far as motorcycle movies go, there are several films that deliver more thrills in every frame. But Easy Rider, co-written by Dennis Hopper and Peter Fonda, and starring the inimitable Jack Nicholson, is the ultimate counter-culture movie. Released in 1969, the movie, which told the story of two social misfits on a ride from LA to New Orleans, distilled the rebellious spirit of the 1960s; but as importantly, it also signalled the dimming of that very spirit at the tail-end of the decade. Hopper and Fonda rode choppers in the movie, and Easy Rider has been widely acknowledged as the one movie that popularised the custom motorcycle across the world.

Easy Rider is available on Netflix. 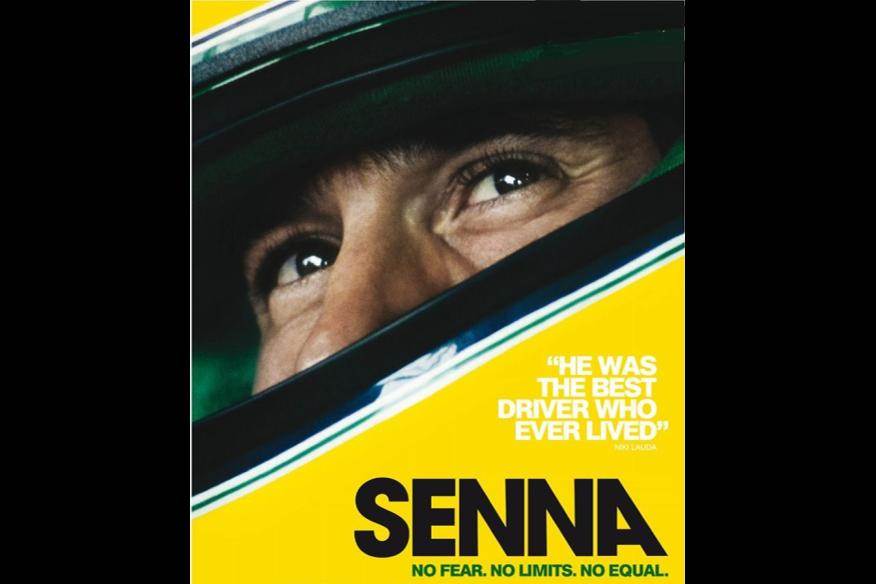 The name Ayrton Senna needs no introduction, does it? The Brazilian Formula 1 driver and multiple World Champion was known for his incredible skill behind the wheel and an unmatched dedication towards clinching P1 in every race he participated in, whether go-karts or F1. The documentary showcases Senna's journey as a racing driver as he broke into the big, bad world of Formula 1. The politics, pressure and cut-throat competition in F1 posed innumerable challenges; but Senna faced everything and won. The respect and admiration for Senna grows as you notice that he is well and truly, a pure racing driver at heart. Watch the documentary and know why Senna is the driver that current F1 World Champion, Lewis Hamilton, looks up to. And why he left such an indelible mark on F1 after his fatal crash in San Marino, Italy. 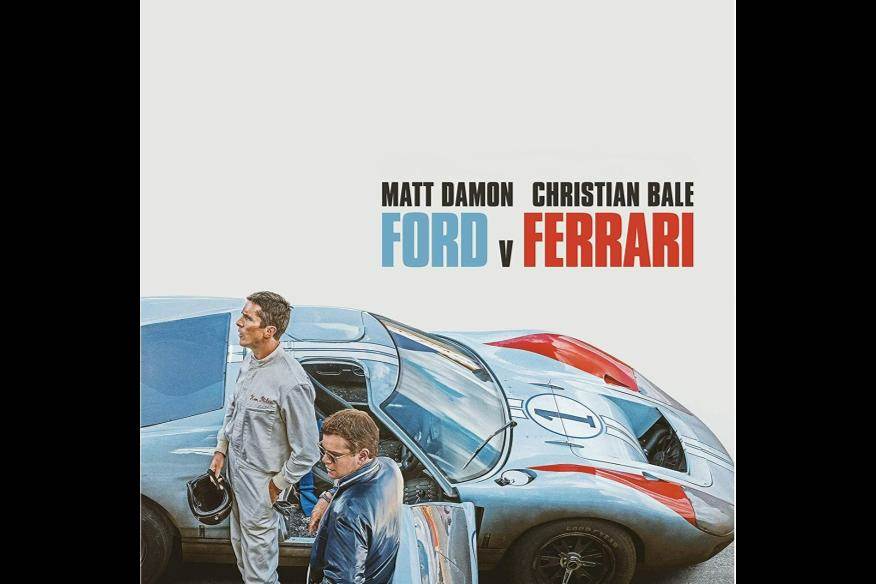 An absorbing sports drama, Christian Bale and Matt Damon-starrer Ford v Ferrari focuses on the human element of the infamous rivalry of two automotive giants. The story of Ken Miles – perhaps one of the most heart-breaking tales in the world of motorsport – is at the heart of this movie. What Ford v Ferrari does brilliantly is put the viewer in the co-driver’s seat, and the way the movie presents wheel-to-wheel racing will have even the non-petrolhead sorts hooked. Ford v Ferrari will take you up to “that point at 7,000rpm” it talks about on more than one occasion; and for purely that reason, it is a must-watch.

The Fast and the Furious 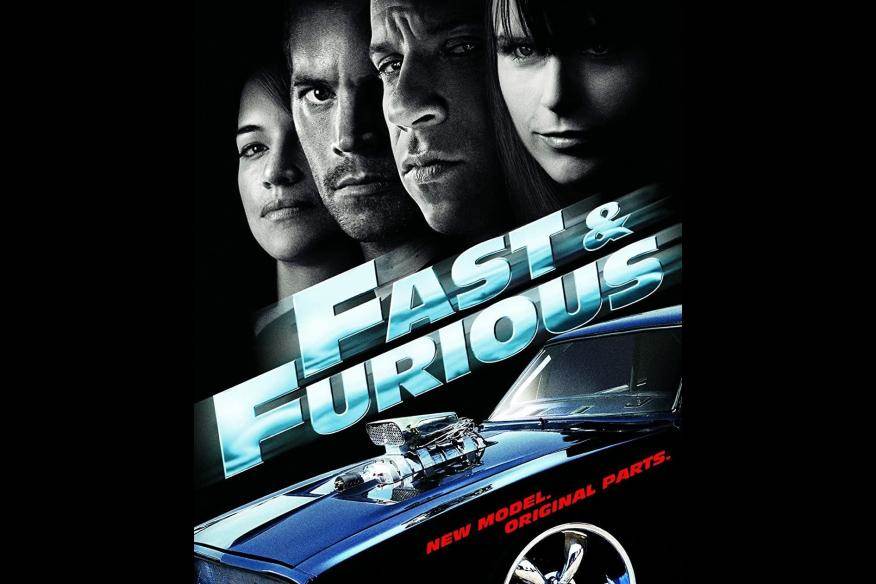 If there was ever a movie franchise that have done more for the car community than anything else in the world, it has to be the Fast and Furious series. Now, for the sake of this, lets concentrate more on the first three movies, before everything started blowing up and big stunts and international-spy-chasing became the flavour. From the Supra in the first movie to the Styling in the second, and the Evo or the RB26-powered Mustang in the third, all with their fair share of absurd graphics, these movies inspired a whole generation of car geeks to go out and modify their cars. The franchise is also responsible in one way or another in bringing about a whole bunch of Japanese cars that not a lot of people, apart from car enthusiasts, actually knew about. And for that, it’s most certainly my pick.

The Fast and the Furious series is available on Google Play Movies, YouTube (rental) and Apple iTunes. 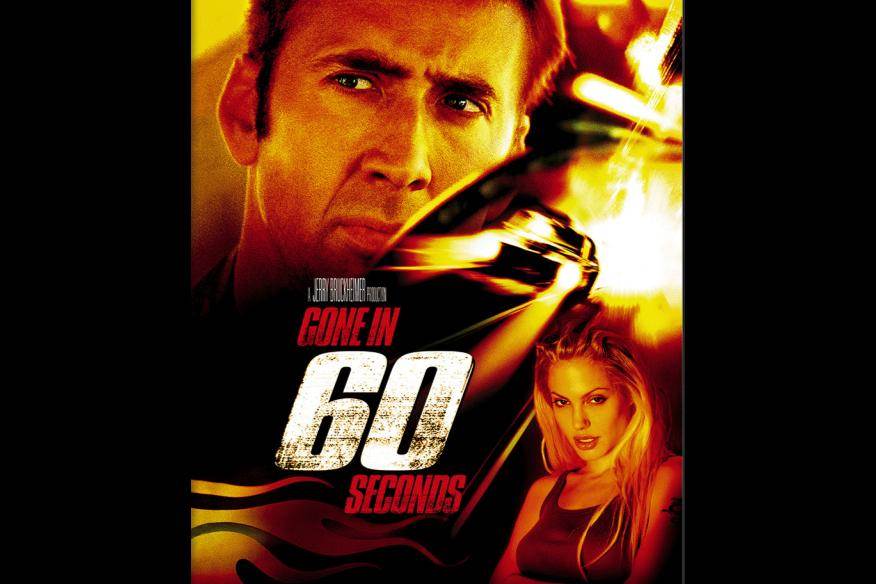 Remakes are never as good as the originals; and that might be the case with this movie too, for most people. However, I would still recommend this Nicholas Cage-starring remake just for the sheer amount of poster cars featured. A Hummer H1, a Lamborghini Diablo, a Dodge Viper GTS and the iconic 1967 Shelby GT500 ‘Eleanor’, to name a few. The plot is quite gripping as well – a retired master car thief is forced to come back to the industry and steal 50 cars with his crew in one night to save his brother’s life. The thieving doesn’t go as planned, but this film brings you some of the most iconic car chase scenes in movie history. 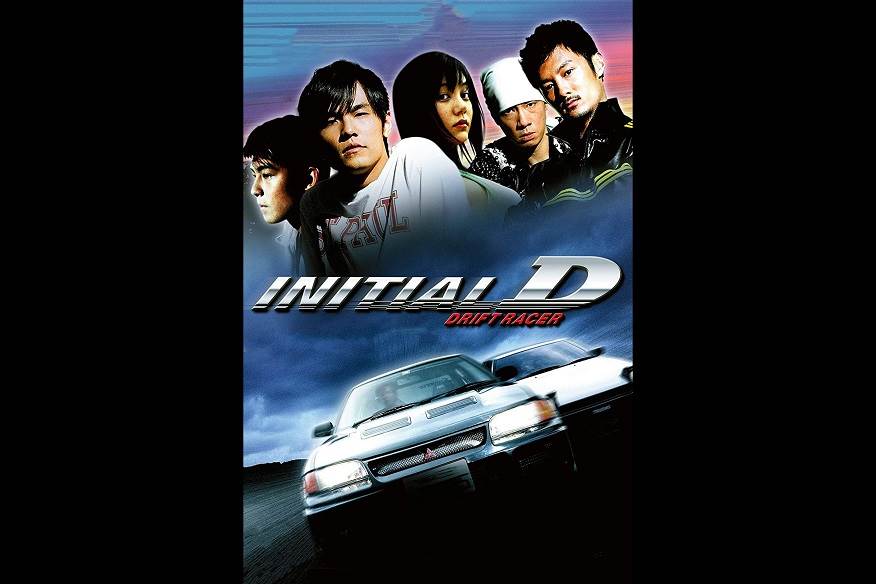 Initial D is the story of Takumi Fujiwara, an average Japanese teenage boy with extraordinary driving skills. Takumi helps his father by delivering Tofu in an inconspicuous Toyota AE86. His daily drive up and down Mount Akina makes him master the mountain road, which also happens to be a popular sprinting course for street racers. Takumi’s life changes when he comes in contact with these street racers, and what follows are several nail-biting race sequences. If you enjoy the movie, try getting your hands on the manga series that this movie is based on – that is entertaining, engaging and educative.

Initial D is available on Netflix.

A Life of Speed: The Juan Manuel Fangio Story 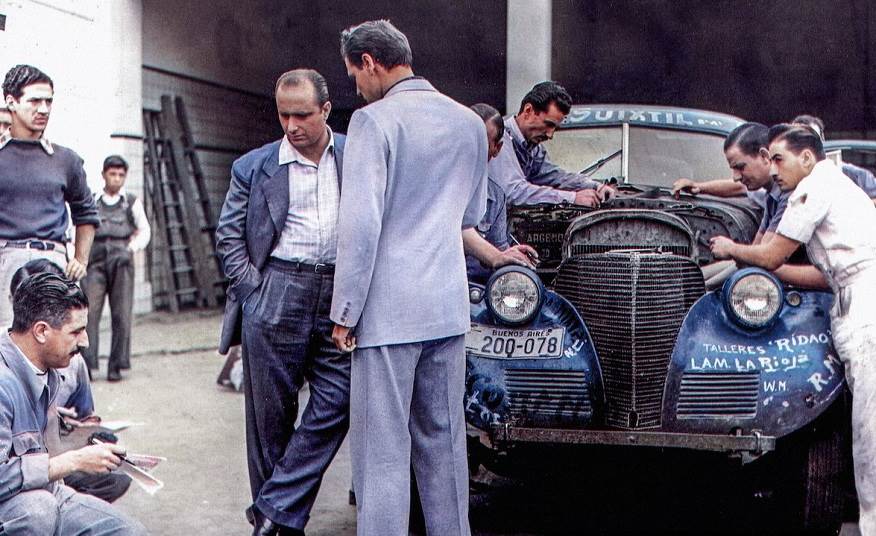 I was pleasantly surprised to find this documentary while browsing through Netflix because, let’s admit it, despite being regarded as one of the greatest Formula 1 drivers of all time, there’s perhaps little that the budding generation of racing fans really know about Juan Manuel Fangio.

The documentary runs through Fangio’s incredible racing career – covering everything from his early years racing in Argentina to his staggering success in Europe. And, of course, there’s also some intriguing archival footage and commentary for fans who want a better understanding of what Formula 1 was like in its formative years, the 1950s.

A Life of Speed: The Juan Manuel Fangio Story is available on Netflix.