Bosch aims to roll out technology for driverless cars by the next decade. We get to drive a few autonomous cars in Germany. 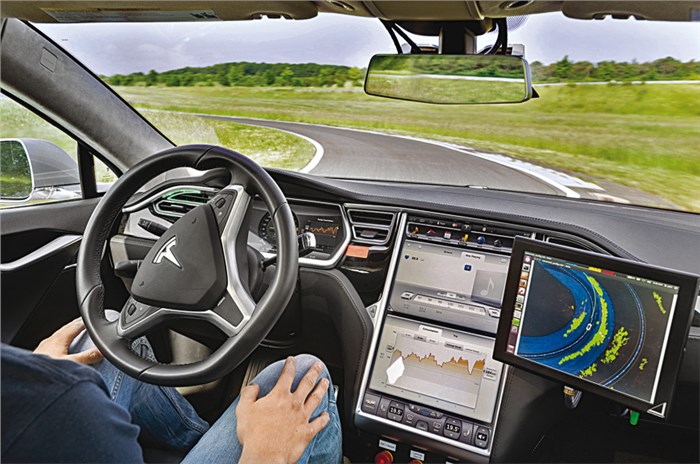 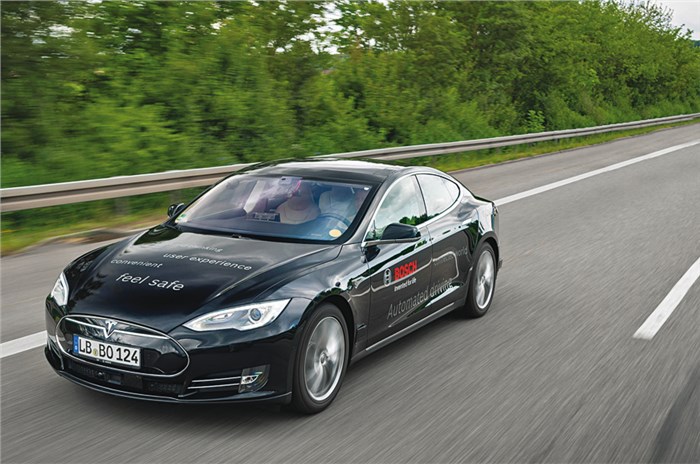 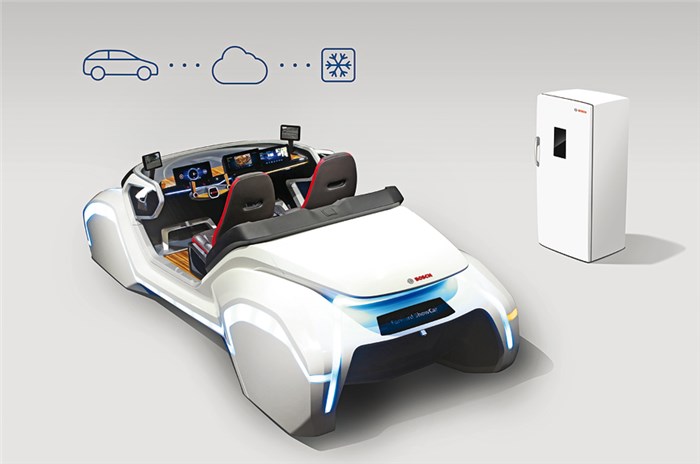 Bosch's future of mobility includes the car telling you what's in your fridge. 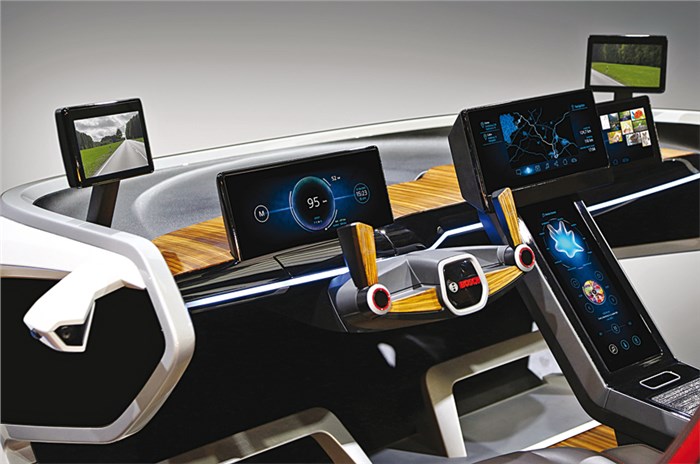 The technical day at Bosch’s Boxberg test facility is always a fascinating one because we get a glimpse into the future of mobility. This year, the focus was on automated driving systems, connectivity and electrification.

Automated driving is the buzzing topic when it comes to the future of mobility. Now, although self-driving cars are a distant reality in India – thanks to our chaotic roads and rampant driving mannerisms – globally, Daimler and Bosch say that they’ll be able to make fully automated (SAE Level 4) and driverless (SAE Level 5) vehicles a reality by the start of the next decade.

The sheer number of accidents caused by distracted drivers is alarming. And so, it makes a strong case for automation to reduce accidents caused due to distraction. According to the engineer who took us for a drive in the test Tesla, a self-driving car with a 360deg view cannot be distracted. But more than demonstrating a host of situations that the car could tackle, Bosch took us on a simple route emulating a highway drive. The only scenario we encountered was a bike crossing our path, as the aim was to give us a behind-the-scenes peek into the development of the system. As we drove off on a track, the large screen displayed sections that could support automated driving. In the real world, these would be highway sections where you could possibly take your hands off the wheel.

Using HD maps from partner Tom Tom, the car is capable of picking up its own location. Plus, a barrage of sensors compares real-time data to make the reading more accurate. To relinquish control of the car, the driver must press two buttons on the steering for several seconds. The reason for the long press is to prevent the self-drive system from accidentally getting activated. The switch to auto mode is a bit like something from a sci-fi movie – the map on the central screen changes colours to blue, and an additional sign pops up to tell you that the car is driving itself.

As a bike crossed the path in the automated mode, the car set off a warning of a fast oncoming vehicle. The tech employs vehicle-to-vehicle communication systems – ‘Connected Horizon’ in Bosch speak – that allow cars to relay real-time information to Bosch’s cloud server. This data, in turn, is used by the car to warn of an impending accident.

Once on the circuit, the driver takes his hands off the wheel, his feet off the pedals and the car takes over. It accurately manoeuvres its self around the track, reaching speeds up to 120kph, and quite smoothly at that. It may be a bit eerie to watch but, unlike other systems, this car actually had a sense of judgement pretty similar to humans. It didn’t feel robotic and turned into corners like a car that’s being controlled by a driver.

The engineer switched to a mode wherein we could monitor feeds from the six lidars and radars and one stereo camera on board. Stereo cameras work best for head-on situations, but not under bright light or bad weather conditions. For such instances, the autonomous system relies on inputs from the radars. But, it is really both the systems working in tandem. Our drive was quite short, but it gave us an idea about the system required to make automated driving possible.

After the automated Tesla, we went into the connected show car to see how all the serious electronic wizardry could render a lot of people like me jobless, real soon. It starts with retina recognition of the driver and their preferences. The car then adjusts everything from the music to the temperature. The centre console is a fancy, angular touchscreen that takes haptic controls to the next level. As your hand hovers over the desired adjustments, gesture recognition and ultrasound technology deliver a sort of tingling feeling to your hand and directs you to the correct controls.

If you choose to use your fingers, the touchscreen lets you feel the buttons and dials as if they were really there. Then, of course, there is a fancy steering wheel that folds away as you hand over the reins to the car. You’re also slid back by almost a foot, along with the central control panel, to liberate space for doing work while the car drives you around.

As the showstopper performed the virtual automated drive through the streets, we got to see another one of the car’s tricks. The occupant could choose a recipe, have the car look into the connected fridge at home, tell what was missing, and order the required items from the nearby grocery store through Bosch’s payment gateway.

The system even warns the owner of open windows in your connected home, allows you to remotely close the window, set room temperatures, switch on/off lights and prepare the home for your arrival. Now, that’s taking automation to the next level. Just imagine, thanks to such intricate levels of connectivity, your future car could be your home, office, personal assistant and chauffeur, all rolled
into one. Wonderful times ahead.

Connected Horizon: Automated vehicles rely on environmental information, that is information that goes beyond what sensors can gather. This can be achieved only by connecting the vehicle to a server.

ESP: The electronic stability program also plays a key role. Delegating responsibility for driving to the vehicle places particular demands on safety-critical systems, such as the brakes.

HMI: Automated driving will change the human-machine interface and calls for modern concepts for communication between car and driver.

Maps: Without high-resolution, up-to-date maps, there can be no automated driving.

Radar sensor: Provides 360deg information of the surroundings up to 250m. Its main task is to detect objects and to measure their speed and position relative to the movement of the vehicle.

Ultrasonic sensor: These are needed primarily for close-range environment recognition up to 6m and at low speeds.

Video sensor: With a 3D measurement range of over 50m, the Bosch stereo video camera provides important optical information about the vehicle’s surroundings.