Things do get better with time, and it sure helps if your ancestor happens to hold the title of the ‘World’s First Superbike’. 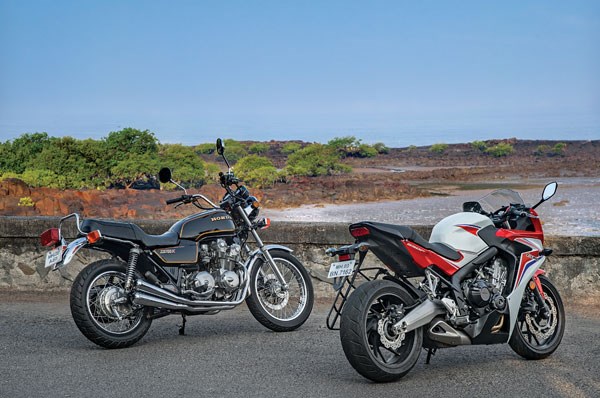 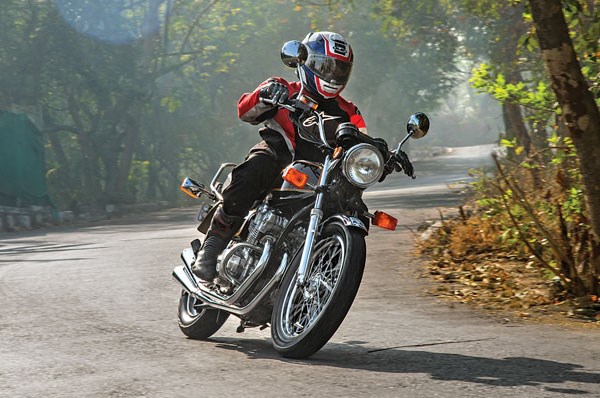 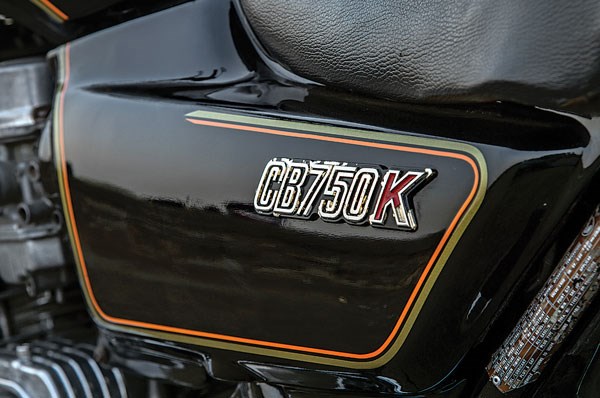 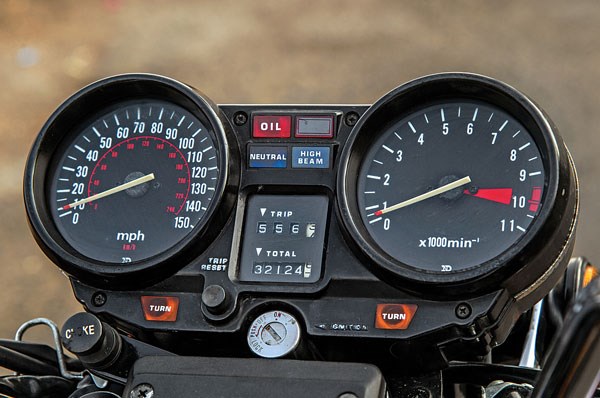 What defines a good motorcycle? Is it good engineering, or a rider-friendly approach? Or is it simply the culmination of worldly experiences that lie dormant in the perceiver’s mind? These are questions that will continue to encourage manufacturers to push motorcycles further. But is that really enough?
Maybe riders from 40 years down the line will long for the character of today’s motorcycles; the same ones that have been deemed soulless by the children of the ‘60s and ‘70s. Whatever the case may be, it’s time to dive into the legacy and evolution of a motorcycle that sculpted the way for the modern machines that we see today.

Since its inception in the late 1940s, Honda set out to break stereotypes and produce motorcycles that were accessible and friendly, and less of a luxury item. However, the company started to grow rapidly in the ‘60s and its focus started to shift, making it a forerunner in motorcycle engineering and technology. 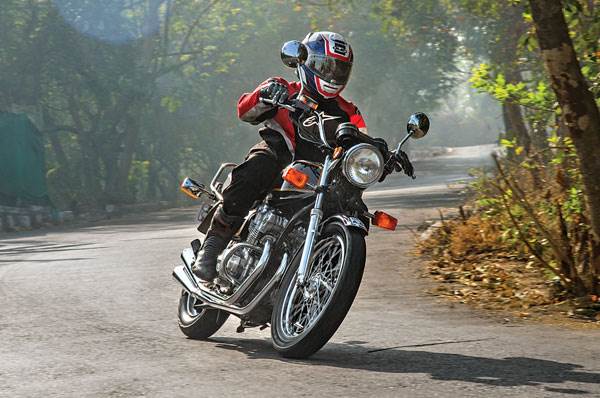 The ‘60s was an era that was largely dominated by British and American motorcycles. Besides being known for the hippie movement, the decade saw larger displacement 500cc-plus motorcycles capture the attention of motorcyclists all over the globe. While this space was occupied mostly by the aforementioned British and American manufacturers, their Japanese counterparts were slowly catching up. Little did they know that the end of the decade would summon the dawn of a new era.
With complacency slowly beginning to creep up on the West, Honda only marginally managed to beat fellow Japanese manufacturer Kawasaki to the punch and created history in 1969 with its brand new CB750 model. With the British and Americans already in the four-cylinder game, Honda went the whole nine yards and set a completely new standard in performance, reliability and rideability.

The Start of the Revolution

The CB750 was a testament to the engineering potential of the ‘60s. It adopted technology used on pre-World War II racing engines and was the first production motorcycle to get a combination of a transverse, overhead camshaft, in-line four-cylinder engine, with four carburettors, four exhausts, an electric starter, a 12V electrical system, a disc brake and that indispensable feature known as reliability. This was a layout that would go on to become the most practical and common layout for modern sports bikes.

When we discovered that Andrei D’souza from Mumbai had perfectly restored his 1980 model CB750K with the help of ace mechanic Johny Pereira, it was impossible to resist the opportunity to experience this bike. And what better way to do it than be able to compare it to a modern-day descendant of this motorcycle. Of course, while that would technically be the naked CB650F, this motorcycle isn’t sold in India. So, the next best option would be its sibling that is available here, the fully faired CBR650F.

The K series of the CB750 was touring-oriented and began production in 1978, and by now it had already adopted four valves instead of two and was churning out about 67 ponies. Swing a leg over the saddle and the 231kg heft of the motorcycle becomes immediately apparent. But thumb that starter and the four cylinders rumble to life. The sound at idle is simply a symphony of bassy sound, orchestrated by the four exhausts. Dropping it into first gear, with a clutch that doesn’t feel heavy at all, results in an extremely satisfying and solid clunk. 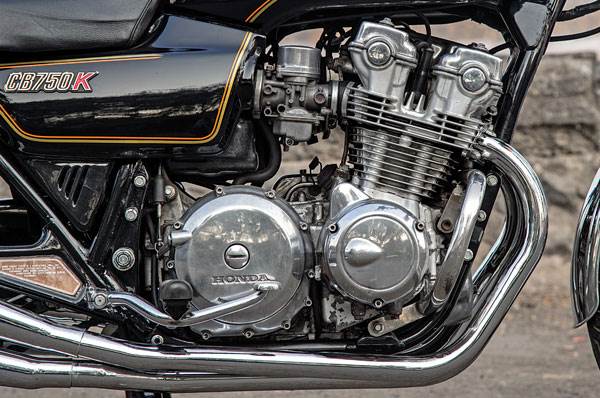 Let that clutch out and the torquey nature of the engine lets you float ahead without much need for heavy throttle input. In fact, there’s so much torque on demand that you rarely need to drop below fifth gear. This is a motorcycle that pulls cleanly from 25-30kph in top gear, all the way to a top speed of over 200kph! If that isn’t a marvel of engineering, I don’t know what is. And, as the revs climb, the exhaust note transforms from a cheery rumble into a smooth, well-muffled howl.

Riding this machine would really make you question its 37 years of existence. It doesn’t feel that old or outdated. It’s almost vibration free, still pulls like a bat out of hell, and sounds glorious. In fact, you’d be forgiven if you thought this was just another modern-day, retro-styled motorcycle. The only thing you couldn’t do with this motorcycle is corner it too hard. The wide-set main stand keeps clearances quite low and scrapes if you lean in too deep.

Now it was time to get astride a variant of the CB750’s descendant – a 2015 CBR650F. This is a motorcycle that just oozes Honda’s levels of refinement and rideability, but does it invoke the same sort of charm as the CB750K? Simply put, just no.

While riding these motorcycles back to back, it is immediately apparent that anything you do on the CB750K just becomes a lot easier on the CBR650F. It’s definitely the more nimble handler, feels instantly more powerful, the suspension works better, and the brakes work wonderfully. And although the exhaust note is quite soft and refined at idle, whack that throttle open and the four-cylinder engine puts out a delectable scream. 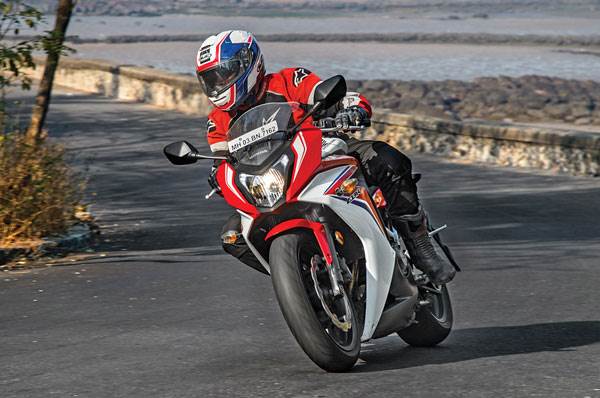 This is a motorcycle you can simply go faster on with a lot less effort. And the fact that the CBR650F can also trundle along in top gear at 25-30kph and pull to its 200kph-plus top speed, shows that although the focus has shifted from torque to power, Honda’s spectacular levels of refinement have only improved.

But when Andrei and I sat to exchange notes after riding these machines, we both agreed that, somewhere along the way, the newer motorcycles have lost some of the so-called character and charm. It’s hard to put a finger on what character really entails. The most logical explanation we could muster was that older motorcycles needed you to really understand the quirks of the machine before you could extract their true potential. This sort of understanding creates a strong bond between the rider and machine. 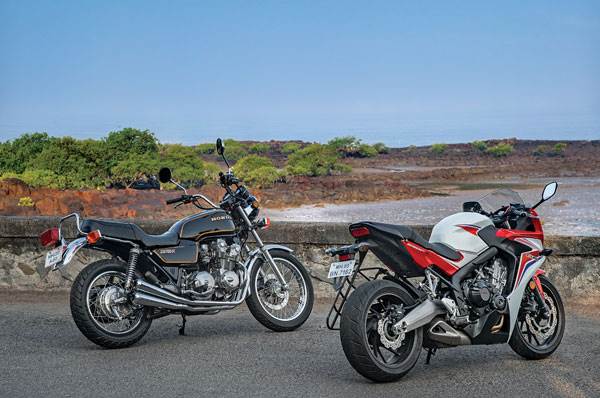 With newer motorcycles, that concept still exists, but at a diluted level. So, will future motorcycles be even less so? Will it reach a point where motorcycles become so easy to ride that human error becomes almost negligible? We’ve already seen this trend steadily on the rise among cars. If this were to become a reality, wouldn’t it just take away the thrill of riding a motorcycle? We can only hope that there are more well-maintained motorcycles like this CB750K to remind us of what motorcycling truly is about.