Sherman Nazareth heads down to Kari Motor Speedway, Coimbatore, to test out the grip levels of the newest tyre from MRF, the Masseter. 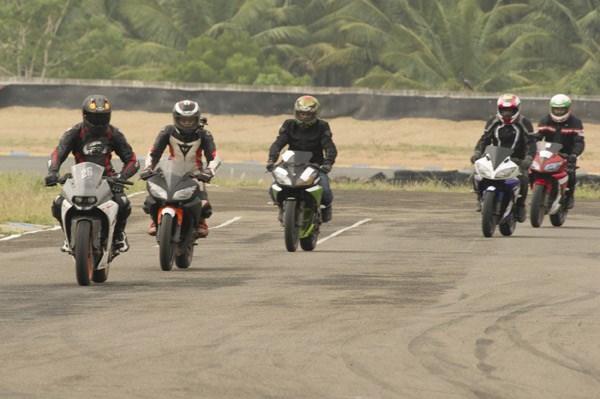 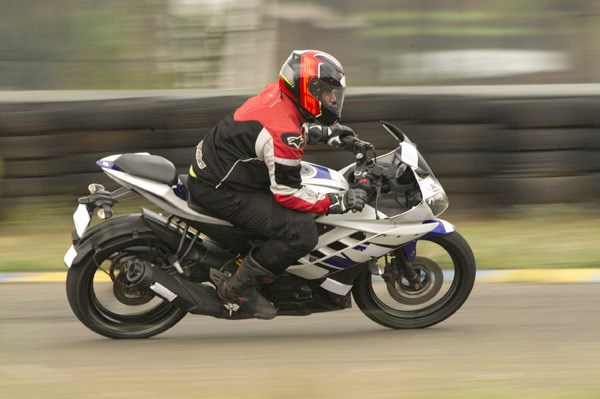 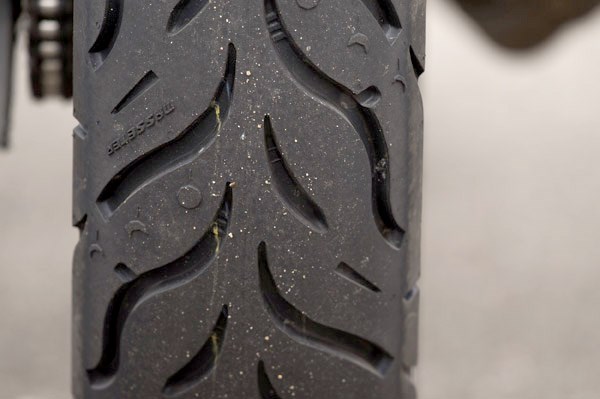 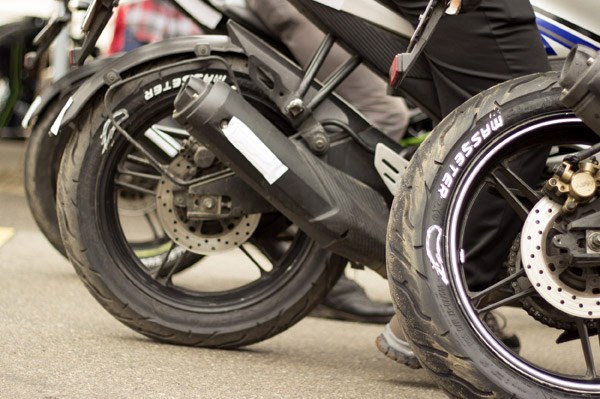 MRF has presented us with a brand new soft-compound tyre that, it claims, provides excellent levels of grip and really lets you lean deep into that curve. We had the opportunity to put that claim to the test at Kari Motor Speedway in Coimbatore. It so happens to be more of a technical track that's filled with corners, which really lets you lean as deep as you possibly can and test the limit of the tyre. Due to some unforeseen precipitation around Coimbatore, we got a chance to test the tyre performance on wet and dry surfaces.

We were given completely stock Yamaha R15 V2.0s that were equipped with the new Masseter rear tyre and a normal MRF Zapper at the front. And while we would have ideally preferred to test the front tyre performance as well, for this test we would have to make do with only the rear one. Although, MRF will actually be manufacturing and selling the Masseter tyre in a size that’s compatible with the R15’s front rim as well.

The first few laps around the track were at a pretty slow pace and really gave the tyres the chance to heat up. Thanks to the soft-compound composition of the tyres, they do perform reasonably well when cold, and heat up rather quickly as well. But it would be advisable to give them a decent amount of time to heat up before you try to attempt some more aggressive riding.

After a few laps tailing the instructor and getting a feel of the track, it was time to see what these tyres were really capable of. The R15 is a great handler and all that, but, it just doesn't have enough grunt to break rear traction while powering out of corners. So the only way we could see how much grip the tyres provide was in the braking sections and deep into the corner. Only during extremely aggressive downshifting did the tyres lose a bit of traction; but that was just momentary and the tyres regain grip fairly quickly.

Even while pushing hard into the corner, the tyre held its grip firmly and there was no occurrence of any drama whatsoever. Thanks to the excellent levels of flex in the tyre surface, even braking mid-corner ensured that there was a decent enough contact patch with the track surface to not lose any traction at all. And thanks to a few puddles that collected around the apexes of some corners, it was possible to use the same technique to see how the tyres performed on wet surfaces. Thankfully, the tyres held up well and there were no untowardly incidents; bear in mind, this is when the tyres were well heated after a few laps of really pushing them.

The Masseter tyre will be pitted against tyres like the Sport Demon, Sport Dragon and the Diablo Rosso II from Pirelli, as well as the M5I from Metzeler. And while this soft-compound tyre may not have the longest of lives, where MRF has really gone right with the Masseter is pricing. At Rs 3,500 – Rs 5,000 from any MRF outlet, the Masseter is almost half the price of its competition.